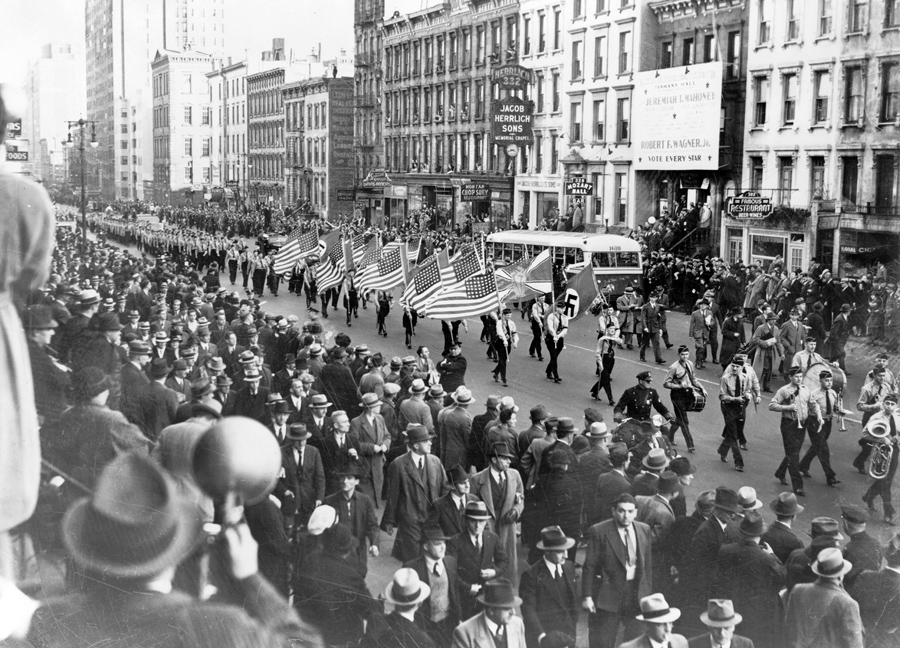 Annandale-on-Hudson, NY—The Bard Center for the Study of Hate (BCSH), an initiative of the Human Rights Project at Bard College, has received a $165,000 grant from the GS Humane Corp. to fund five projects over the next two years. The new initiatives will help increase the serious study of hate and will provide research, ideas, and direction for people and groups seeking to combat hate and its manifestations.

GS Humane’s funding will allow BCSH to support Bard faculty as they design and teach new hate-focused courses, including multidisciplinary ones; create an “economic cost of hate” index, directed by Bard Assistant Professor of Economics Michael Martell; create a “level of annual hate” index, conceived and directed by Robert Matthew Tynes, Associate Director for Research Bard Prison Initiative; underwrite a consultation on how those opposing hate can use social media more effectively; and underwrite a multiday retreat both for academics who study hate and key NGO staff members working to oppose hate.

BCSH Director Kenneth S. Stern ’75 said, “GS Humane’s gift is transformative. It will allow Bard faculty to increase the depth of their teaching and research about hate, and establish a model for other colleges and universities to follow. It will enable academics who are experts in hate and those seeking to combat it, to create new ways, grounded in testable theories, to approach this vexing problem.”

Glenn Opell, GS Humane Corp.’s executive director, said, “The increase in antisemitism and white supremacy in the United States warrants far more study and attention than what’s currently allocated. We think Bard is the perfect laboratory for these studies and we’re excited to support the innovative and vital work of BCSH Director Stern and his colleagues.”

For more information about BCSH and its programs, visit bcsh.bard.edu.

GS Humane Corp. is a private charitable foundation established by and to honor the legacy of the late Gene Shapiro. GS Humane believes that enabling organizations that educate communities on the humane treatment of all living beings and assist with the achievement of this outcome will produce a society that will be more tolerant of differences and lead to greater opportunity for all. The Foundation supports organizations working in the areas of animal welfare, education, hate and antisemitism, and Jewish causes.

Founded in 1860, Bard College is a four-year residential college of the liberal arts and sciences located 90 miles north of New York City. With the addition of the Montgomery Place estate, Bard’s campus consists of nearly 1,000 parklike acres in the Hudson River Valley. It offers bachelor of arts, bachelor of science, and bachelor of music degrees, with majors in nearly 40 academic programs; graduate degrees in 11 programs; nine early colleges; and numerous dual-degree programs nationally and internationally. Building on its 159-year history as a competitive and innovative undergraduate institution, Bard College has expanded its mission as a private institution acting in the public interest across the country and around the world to meet broader student needs and increase access to liberal arts education. The undergraduate program at our main campus in upstate New York has a reputation for scholarly excellence, a focus on the arts, and civic engagement. Bard is committed to enriching culture, public life, and democratic discourse by training tomorrow’s thought leaders. For more information about Bard College, visit bard.edu.