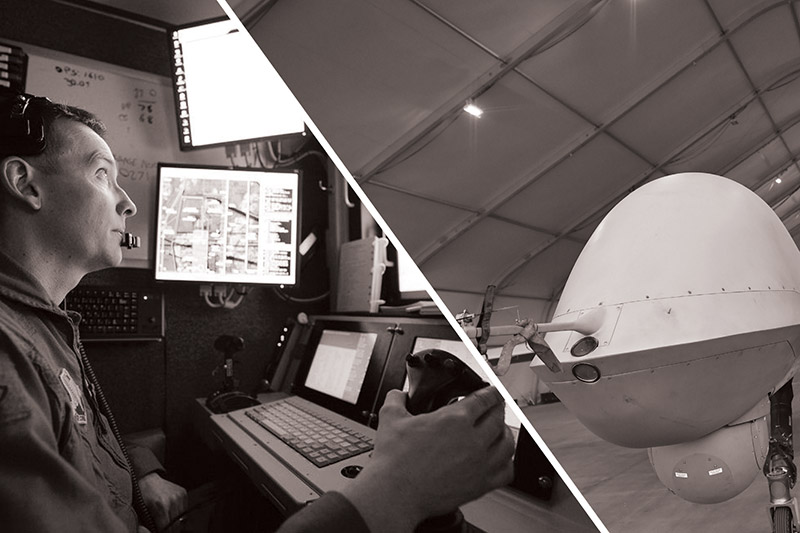 Number of Countries with Military Drone Programs Swells to 95, According to New Report from the Center for the Study of the Drone at Bard College

ANNANDALE-ON-HUDSON, N.Y.— Once a novelty, drones have become standard military equipment around the world. In The Drone Databook, a new study released today, the Center for the Study of the Drone at Bard College presents an encyclopedic catalogue of military drone inventories, units, bases and test sites, training academies, research and development programs, operational experiences, and exports, showing that at least 95 countries now maintain active military drone programs, a 58 percent increase over a decade ago, and that there are likely at least 21,000 military drones in operation around the globe.

“Drones are no longer the sole domain of technologically advanced militaries,” said Dan Gettinger, co-director of the Center for the Study of the Drone and the author of the study. “Military drone programs around the world are maturing and diversifying as more and more countries are seeking an unmanned capability. This will have a significant effect on the future of armed conflict.”

Among other key findings, the Center identified over 260 units that have been activated to operate drones, over 230 bases and test sites, and more than 170 different types of drones in service around the world.

The report is available for free online at dronecenter.bard.edu/projects/drone-proliferation/databook/.

Founded in 2012, the Center for the Study of the Drone is a research and education initiative that looks to expand the public’s understanding of the opportunities and challenges associated with the development and proliferation of unmanned technologies. The Center creates inquiry-driven content on unmanned technologies and their impact in both military and civilian spheres. For more information, visit dronecenter.bard.edu or e-mail csd@bard.edu.
###
(9.25.19)