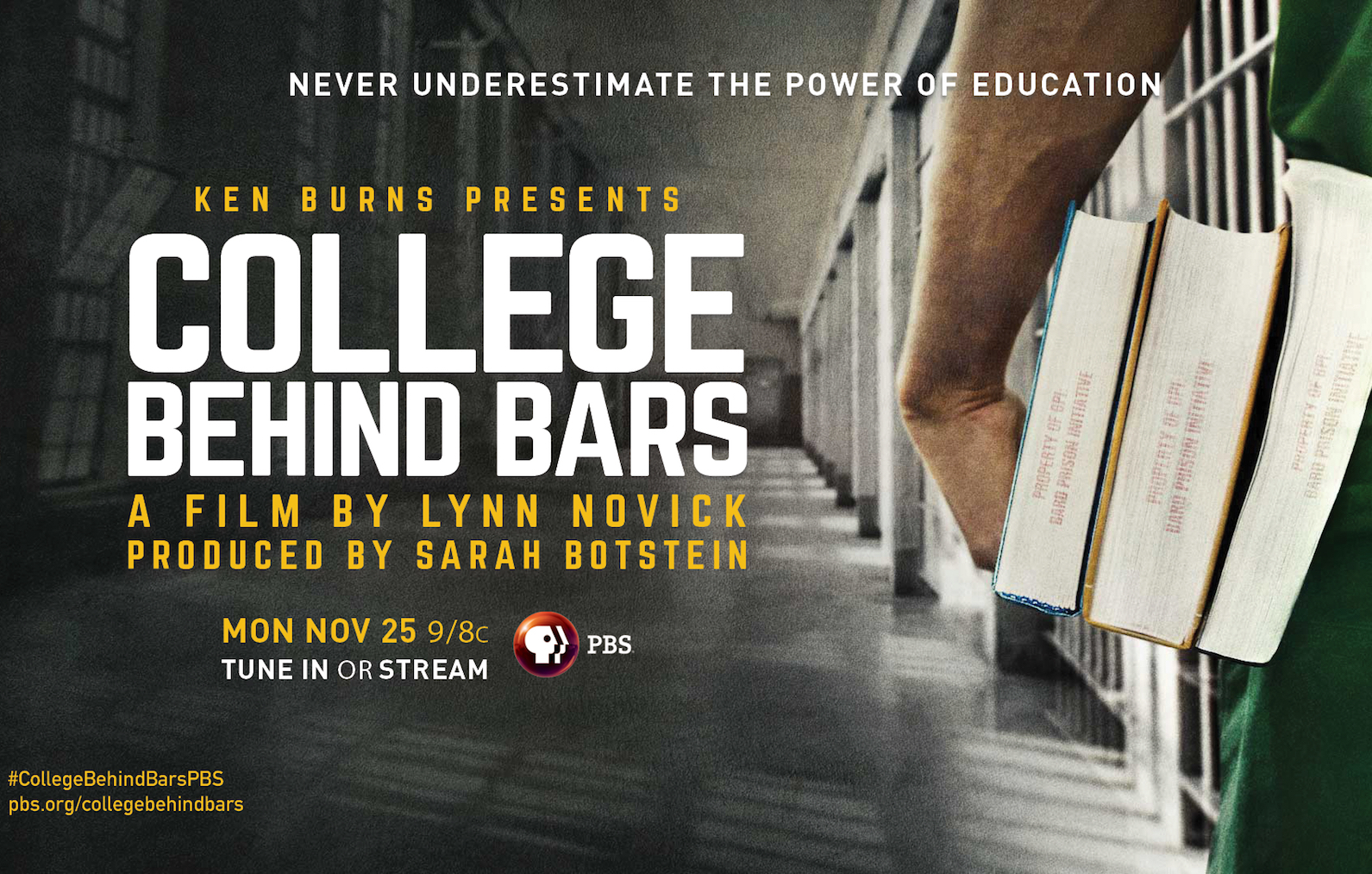 ANNANDALE-ON-HUDSON, N.Y. — The Bard Prison Initiative (BPI) will present a special screening of the upcoming PBS documentary series College Behind Bars at Bard’s Fisher Center on Monday, October 21, at 5 pm. Directed by Lynn Novick, produced by Sarah Botstein, and executive-produced by Ken Burns, College Behind Bars explores the lives of several BPI students as they try to earn Bard College degrees through the program. Shot over four years in maximum and medium security prisons in New York State, the film reveals the power of higher education and raises two key questions: What is prison for? Who has access to educational opportunity?

The Bard Prison Initiative was founded in 1999 by undergraduates at Bard College responding a nationwide decimation of college-in-prison. After obtaining access to the New York State prison system and securing limited funding, then undergraduate Max Kenner ‘01 launched BPI as a pilot program with 15 students. Over the last twenty years, BPI has enrolled hundreds of incarcerated students and impacted thousands more. It has inspired similar programs across the country and persuaded government leaders to begin to reinvest in education in prison at every level. Most importantly, BPI alumni/ae are thriving – earning graduate degrees, establishing careers, and opening businesses.

This screening is free and open to the public, reservations are strongly encouraged. For more information and to reserve tickets, call 845-758-7900 or visit fishercenter.bard.edu.

College Behind Bars is a production of Skiff Mountain Films, in association with Florentine Films. The four-part series airs on PBS November 25-26 and will be available to stream on the PBS Video App.