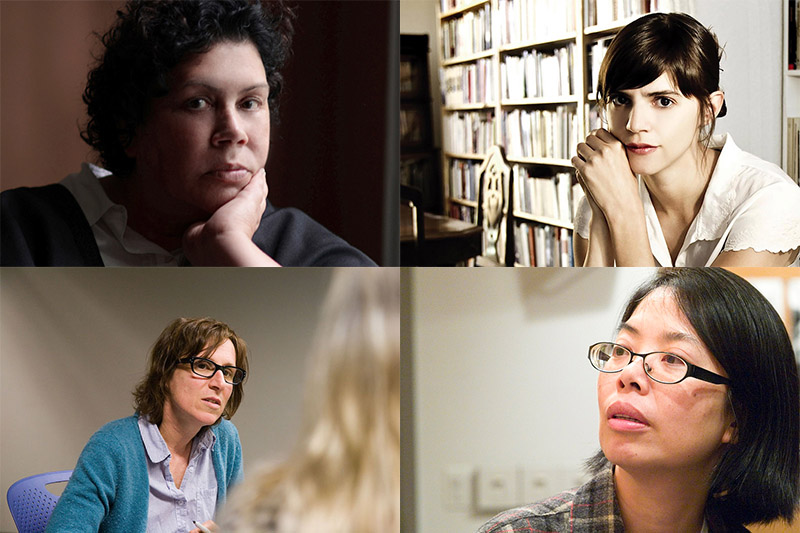 Susan Aberth is an art historian whose area of specialization is surrealism in Latin America. Aberth’s teaching interests focus on Latin American art, African art, Islamic art, and other religious art and practices. Additional interests include African religious practices in the Americas, and the art and iconography of Freemasonry, Spiritualism, and the occult. In addition to her 2004 book Leonora Carrington: Surrealism, Alchemy and Art (Lund Humphries), she has contributed to Seeking the Marvelous: Ithell Colquhoun, British Women and Surrealism (Fulgur Press, 2020), Agnes Pelton: Desert Transcendentalist (Phoenix Art Museum, 2019), Surrealism, Occultism and Politics: In Search of the Marvelous (Routledge Press, 2018), Leonora Carrington: Cuentos mágicos (Museo de Arte Moderno & INBA, Mexico City, 2018), Unpacking: The Marciano Collection (Delmonico Books, Prestel, 2017), and Leonora Carrington and the International Avant-Garde (Manchester University Press, 2017), as well as to Abraxas: International Journal of Esoteric Studies, Black Mirror, and the Journal of Surrealism of the Americas. She received her BA from the University of California, Los Angeles; MA from the Institute of Fine Arts, New York University; and PhD from The Graduate Center, City University of New York. Aberth has been at Bard since 2000.

Valeria Luiselli is an award-winning writer of fiction and nonfiction whose books are forthcoming and/or published in more than 20 languages. A 2019 recipient of a MacArthur Fellowship, she is the author of the novels Lost Children Archive (2019); The Story of My Teeth (2015), named Best Book in Fiction by the Los Angeles Times and one of the best books of the year by the New York Times, and was a National Book Critics Circle finalist; and Faces in the Crowd (2014), for which she received a National Book Foundation “5 under 35” prize, among other honors. Tell Me How It Ends: An Essay in 40 Question, a nonfiction work published in 2017, won the American Book Award and was a National Book Critics Circle and Kirkus Prize finalist. Other nonfiction publications include “Maps of Harlem,” in Where You Are; and Sidewalks, a collection of essays that was named one of the 10 best books of 2014 by New York. Recent journal, newspaper, and radio work has appeared in the New York Times (“The Littlest Don Quixotes versus the World”), Guardian (“Frida Kahlo and the Birth of Fridolatry”), Outlook Interview Series, BBC World Services (“Undocumented Central American Minors”), Harper’s Trump special (“Terrorist and Alien”), and NPR’s This American Life (“The Questionnaire”), among others. Honors also include an Art for Justice Fellowship (2018–19) and residencies at Under the Volcano, USA-Mexico; Poets House, New York City; and Castello di Fosdinovo, Italy. She previously taught at Hofstra University, City College, the New York University MFA Writing Program in Paris, and Columbia University’s MFA Writing Program. Luiselli founded the Teenage Immigrant Integration Association at Hofstra in 2015, a program that offers continuous support to immigrant and refugee teens through one-on-one English classes, soccer games, and civil rights education. She is a member of PEN America and the Association of Writers and Writing Programs. She received her BA from UNAM in Mexico, and her MA and PhD from Columbia University. She has been at Bard since 2019.

An-My Lê is a photographer who was born in Saigon, Vietnam, in 1960, but left that country during the final year of the war in 1975 and subsequently found a home as a political refugee in the United States. She received an MFA from Yale University in 1993. Her film and photography examine the effects and representation of war and have included the documentation of (and participation in) Vietnam War reenactments in South Carolina. She has received fellowships from the MacArthur Foundation, Guggenheim Memorial Foundation, and New York Foundation for the Arts, and has had exhibitions at the Museum of Modern Art, the International Center of Photography, and MoMA PS1. An-My has been teaching at Bard since 1999.

About Bard College
Founded in 1860, Bard College in Annandale-on-Hudson, New York, is an independent, residential, coeducational college offering a four-year BA program in the liberal arts and sciences and a five-year BA/BS degree in economics and finance. The Bard College Conservatory of Music offers a five-year program in which students pursue a dual degree—a BMus and a BA in a field other than music. Bard offers MMus degrees in conjunction with the Conservatory and The Orchestra Now, and at Longy School of Music of Bard College in Cambridge, Massachusetts. Bard and its affiliated institutions also grant the following degrees: AA at Bard High School Early College, a public school with campuses in New York City, Baltimore, Cleveland, Newark, New Jersey, and Washington, D.C.; AA and BA at Bard College at Simon’s Rock: The Early College, in Great Barrington, Massachusetts, and through the Bard Prison Initiative at six correctional institutions in New York State; MA in curatorial studies, MS and MA in economic theory and policy, and MS in environmental policy and in climate science and policy at the Annandale campus; MFA and MAT at multiple campuses; MBA in sustainability in New York City; and MA, MPhil, and PhD in the decorative arts, design history, and material culture at the Bard Graduate Center in Manhattan. BA and MAT degrees at Al-Quds University in East Jerusalem and American University of Central Asia in Kyrgyzstan; BA degrees at Bard College Berlin: A Liberal Arts University; and BA and MA degrees at the Faculty of Liberal Arts and Sciences, St. Petersburg State University, Russia (Smolny).

Bard offers nearly 50 academic programs in four divisions. Total enrollment for Bard College and its affiliates is approximately 6,000 students. The undergraduate College has an enrollment of about 1,900 and a student-to-faculty ratio of 9:1. In 2016, Bard acquired the Montgomery Place estate, bringing the size of the campus to nearly 1,000 acres. For more information about Bard College, visit bard.edu.