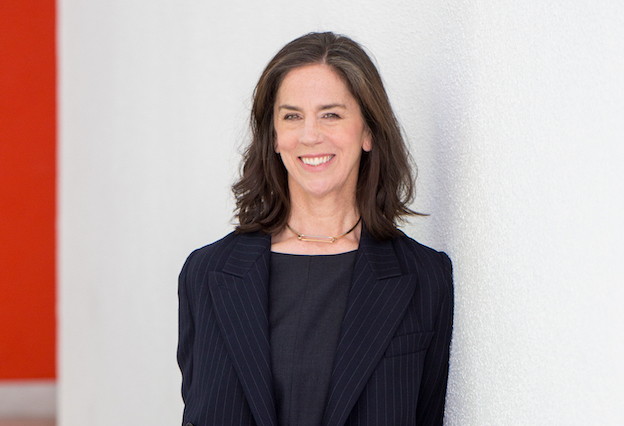 Connie Butler, Chief Curator at the Hammer Museum, to Receive the 2020 Audrey Irmas Award for Curatorial Excellence from CCS Bard

Award Given with Audrey Irmas Prize of $25,000
Presented at CCS Bard Gala Celebration on April 7, 2020 in New York City
Award to be presented by Andrea Fraser, and co-chaired by Lonti Ebers and Martin Eisenberg

ANNANDALE-ON-HUDSON, NY, November, 2019 — The Center for Curatorial Studies, Bard College (CCS Bard) is pleased to announce that Connie Butler, Chief Curator at the Hammer Museum has been selected as the recipient of the 2020 Audrey Irmas Award for Curatorial Excellence on the occasion of the 30th anniversary of CCS Bard. For the past twenty-one years, the Audrey Irmas Award for Curatorial Excellence has celebrated and awarded the individual achievements of a distinguished curator whose lasting contributions have shaped the way we conceive of exhibition-making today. The award reflects CCS Bard’s commitment to recognizing individuals who have defined new thinking, bold vision, and dedicated service to the field of exhibition practice. This year the award will be presented to Butler by artist Andrea Fraser at a gala celebration and dinner co-chaired by CCS Bard Board of Governors member Lonti Ebers, and Chairman of the CCS Bard Board of Governors Martin Eisenberg, and will take place on April 7, 2020 at One Manhattan West, 395 9th Avenue, in New York City. Event location provided by Brookfield Properties with additional generous support from Lonti Ebers.

" Connie Butler represents the best of curating; independently minded, always curious, dedicated to artists and consistently bold in the scope of her exhibitions and choices of subject.  Her exhibitions are touchstones of curating in the United States - helping to re-define subjects and the institutions where she works,” - Tom Eccles, Executive Director, CCS Bard

“I am thrilled to receive the Audrey Irmas prize for curatorial excellence. The history of this award is truly a distinguished one and it is an honor to be among such incredible colleagues at this critical time in our field. Now more than ever our work matters and I continue to follow and support the work of artists and believe in the future of museums,” - Connie Butler
The 2020 award will once again be given under the name of patron Audrey Irmas, who has bestowed the endowment for the Audrey Irmas Prize of $25,000. Irmas is an emeritus board member of CCS Bard and an active member of the Los Angeles arts and philanthropic community. The award has been designed by artist Lawrence Weiner, and is based on his 2006 commission Bard Enter, conceived for the entrance to the Hessel Museum of Art at CCS Bard.
Connie Butler is the Chief Curator at the Hammer Museum at UCLA, where she has organized numerous exhibitions including the biennial of Los Angeles artists Made in L.A. (2014), Mark Bradford: Scorched Earth (2015) and Marisa Merz: The Sky Is a Great Space (2017). She also co-curated Adrian Piper: A Synthesis of Intuitions which opened at The Museum of Modern Art, New York in April of 2018 and at the Hammer in October 2018; Andrea Fraser: Men on the Line, 2019 and Lari Pittman: Declaration of Independence a retrospective exhibition which opened at the Hammer September 2019. From 2006-2013 she was The Robert Lehman Foundation Chief Curator of Drawings at The Museum of Modern Art, New York where she co-curated the first major Lygia Clark retrospective in the United States, Lygia Clark: The Abandonment of Art, 1948-1988 (2014); and co-curated On Line: Drawing Through the Twentieth Century (2010) and mounted Marlene Dumas: Measuring Your Own Grave, the first US retrospective of the artist’s career. Butler also organized the groundbreaking survey WACK! Art and the Feminist Revolution (2007) at the Museum of Contemporary Art, Los Angeles where she was curator from 1996-2006.

About the Center for Curatorial Studies
The Center for Curatorial Studies, Bard College (CCS Bard) was founded in 1990 as an exhibition and research center for the study of late twentieth-century and contemporary art and culture and to explore experimental approaches to the presentation of these topics and their impact on our world. Since 1994, the Center for Curatorial Studies and its graduate program have provided one of the world’s most forward thinking teaching and learning environments for the research and practice of contemporary art and curatorship. Broadly interdisciplinary, CCS Bard encourages students, faculty and researchers to question the critical and political dimension of art, its mediation and its social significance. CCS Bard cultivates innovative thinking, radical research and new ways to challenge our understanding of the social and civic values of the visual arts. CCS Bard provides an intensive educational program alongside its public events, exhibitions, and publications, which collectively explore the critical potential of the institutions and practices of exhibition-making. It is uniquely positioned within the larger Center’s tripartite resources, which include the internationally renowned CCS Bard Library and Archives and the Hessel Museum of Art, with its rich permanent collection.

General information on the Center for Curatorial Studies at Bard College can be found on the newly designed website: http://ccs.bard.edu

For more information on the Audrey Irmas Award for Curatorial Excellence Award Gala Dinner or to purchase tickets, please contact: