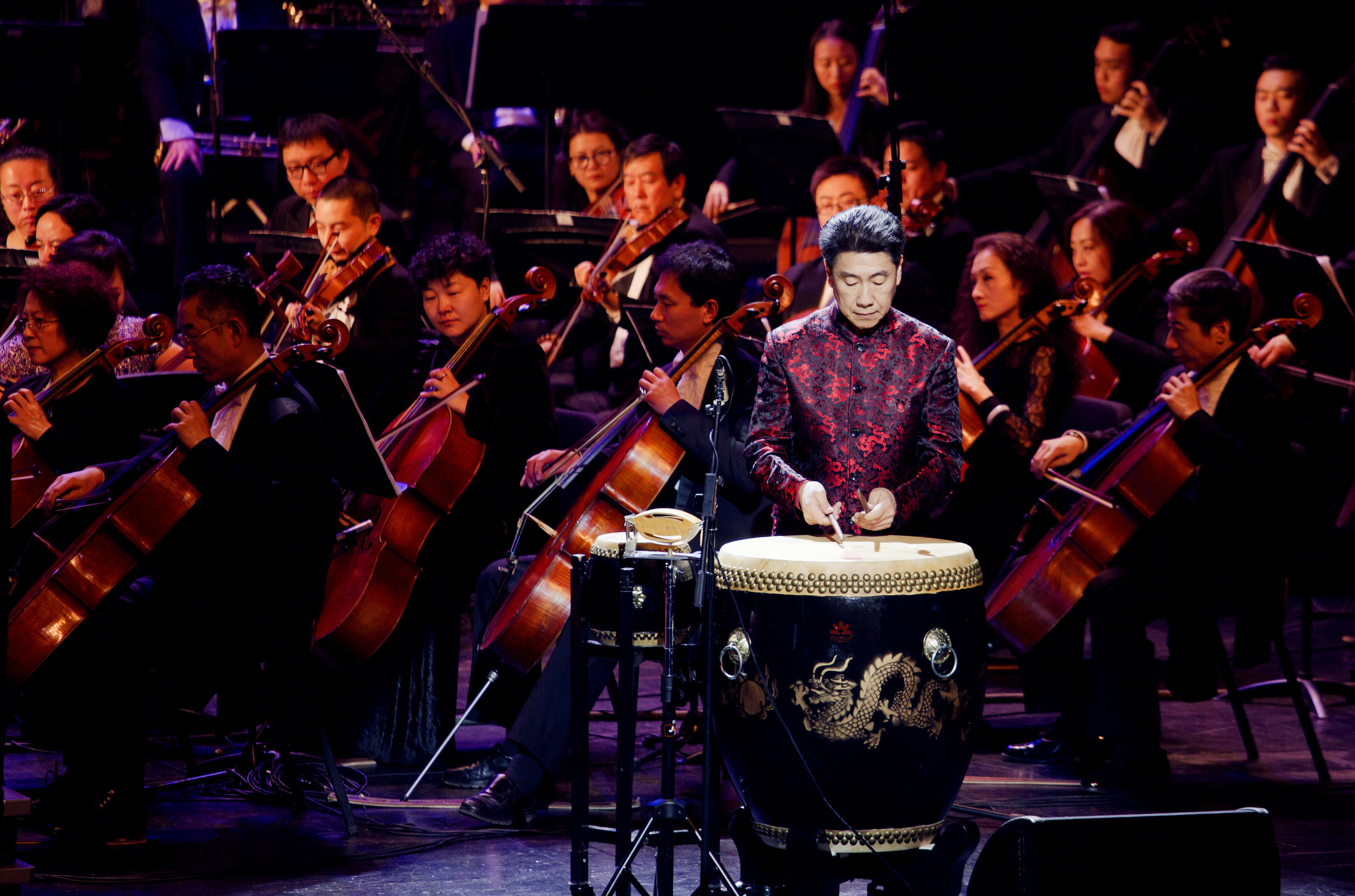 Courtesy of the artist

The Sound of Spring: A Chinese Music Concert with The Orchestra Now

This concert is co-presented by the Central Conservatory of Music, China, with the participation of China Institute in New York.

About the Artists
The US-China Music Institute was founded in 2018 by conductor Jindong Cai and Robert Martin, founding director of the Bard College Conservatory of Music, with the mission to promote the study, performance, and appreciation of music from contemporary China and to support musical exchange between the United States and China. In partnership with the prestigious Central Conservatory of Music in Beijing, the Institute has embarked on several groundbreaking projects including the first degree-granting program in Chinese instrument performance in a U.S. conservatory. barduschinamusic.org

Recognized as one of the finest conservatories in the United States, Bard College Conservatory of Music is guided by the principle that young musicians should be broadly educated in the liberal arts and sciences to achieve their greatest potential. The mission of the Conservatory is to provide the best possible preparation for a person dedicated to a life immersed in the creation and performance of music. The five-year, double-degree program combines rigorous conservatory training with a challenging and comprehensive liberal arts program. All Conservatory students pursue a double degree in a thoroughly integrated program and supportive educational community. Graduating students receive a bachelor of music and a bachelor of arts in a field other than music. At the Bard Conservatory the serious study of music goes hand in hand with the education of the whole person. Founded in 2005 by cellist and philosopher Robert Martin, the Conservatory welcomed the composer Tan Dun as its new dean in the summer of 2019. bard.edu/conservatory

The Orchestra Now (TŌN) is a group of vibrant young musicians from across the globe who are making orchestral music relevant to 21st-century audiences. They are lifting the curtain on the musicians’ experience and sharing their unique personal insights in a welcoming environment. Conductor, educator, and music historian Leon Botstein founded TŌN in 2015 as a master’s degree program at Bard College, where he also serves as president. The orchestra is in residence at Bard’s Richard B. Fisher Center for the Performing Arts, presenting multiple concerts there each season as well as taking part in the annual Bard Music Festival. It also performs regularly at the finest venues in New York and beyond, including Carnegie Hall, Lincoln Center, the Metropolitan Museum of Art, and elsewhere. The orchestra has performed with many distinguished conductors, including Fabio Luisi, Neeme Järvi, Gerard Schwarz, and JoAnn Falletta. theorchestranow.org

Founded in 1860, Bard College is a four-year residential college of the liberal arts and sciences located 90 miles north of New York City. With the addition of the Montgomery Place estate, Bard’s campus consists of nearly 1,000 parklike acres in the Hudson Valley. It offers bachelor of arts, bachelor of science, and bachelor of music degrees, with majors in nearly 40 academic programs; graduate degrees in 11 programs; nine early colleges; and numerous dual-degree programs nation- ally and internationally. Building on its 159-year history as a competitive and innovative undergraduate institution, Bard College has expanded its mission as a private institution acting in the public interest across the country and around the world to meet broader student needs and increase access to liberal arts education. The undergraduate program at our main campus in upstate New York has a reputation for scholarly excellence, a focus on the arts, and civic engagement. Bard is committed to enriching culture, public life, and democratic discourse by training tomorrow’s thought leaders. For more information about Bard College, visit bard.edu.

Established in 1949, the Central Conservatory of Music (CCOM) is a specialized Chinese institution of higher education for nurturing high-level music professionals. The CCOM now consists of the Departments of Composition, Musicology, Conducting, Piano, Orchestral Instruments, Traditional Instruments, and Voice and Opera, as well as the Institute of Music Education, the Violin Making Center, the Orchestra Academy, the CCOM Middle School, the Modern Distance Music Education College, and a key research center. It currently enrolls 1,543 undergraduate students and 633 graduate students. Functioning as a national center of music education, composition, performance, research, and the social promotion of music, the CCOM is a world-renowned institute of music that represents the highest caliber of music education in China, offering a comprehensive range of specialized programs. In 2016, the Central Conservatory of Music established a professional orchestra—the Central Conservatory Orchestra.