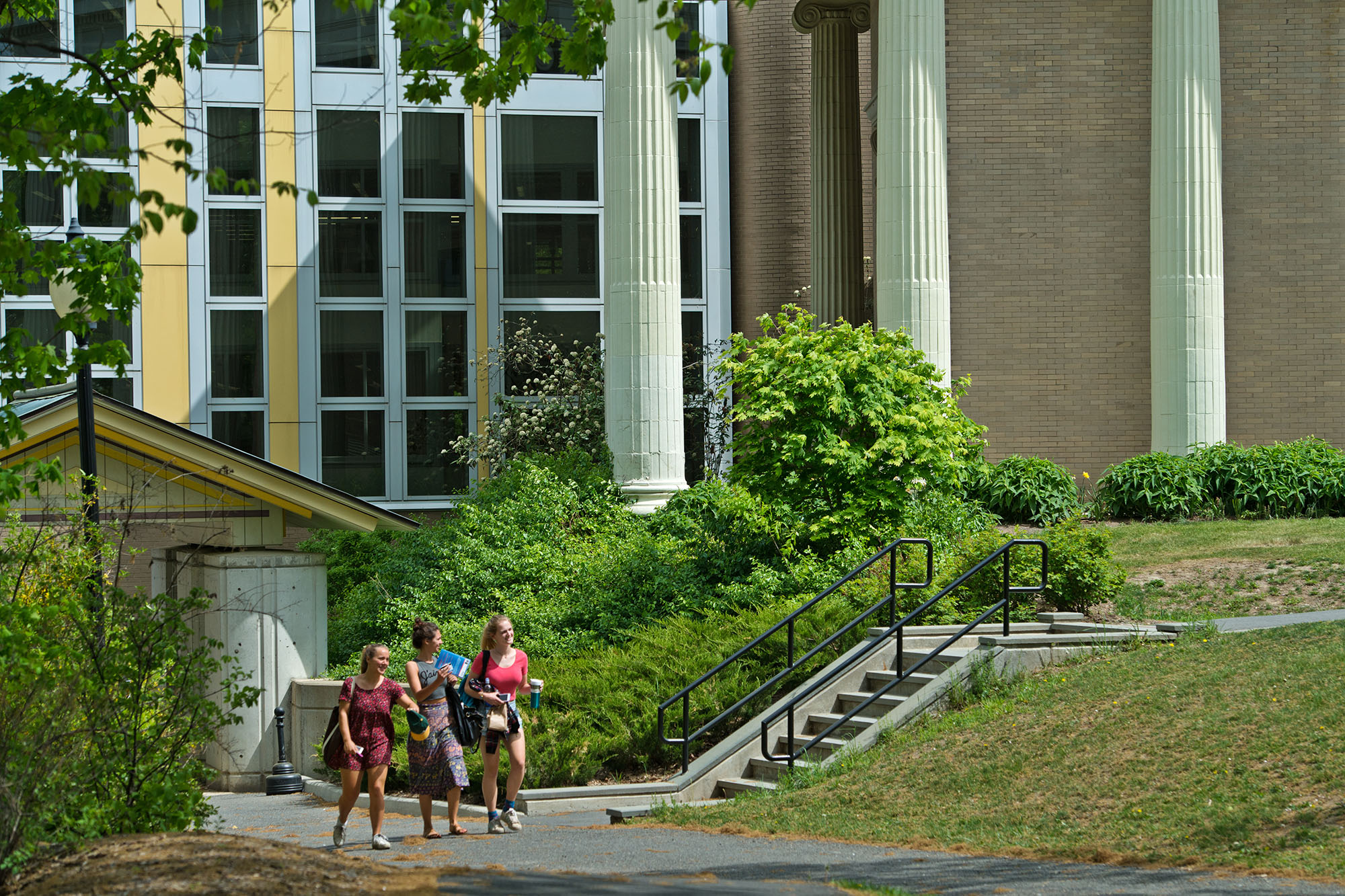 ANNANDALE-ON-HUDSON, N.Y.—Two Bard College students have won prestigious Fulbright Awards for individually designed study/research projects and one student has been selected as an alternate. During their grants, Fulbrighters meet, work, live with and learn from the people of the host country, sharing daily experiences. The program facilitates cultural exchange through direct interaction on an individual basis in the classroom, field, home, and in routine tasks, allowing the grantee to gain an appreciation of others’ viewpoints and beliefs, the way they do things, and the way they think. Bard College is a Fulbright top producing institution.

Madison Emond ’18, a photography major from Barrington, Rhode Island, has won a Fulbright Scholarship to New Zealand, where she will pursue a photography project, initially developed as her Bard College Senior Project, Nature as Artist: Visualizing the Personhood of the New Zealand Landscape. “My photographic practice sets out to question traditional landscape imagery and how it affects the viewer’s relationship to the environment. Still images of nature can estrange us from knowing the Earth as a living, shifting, unruly being, locked in a process of steady, often violent, transformation. No matter how moving or dramatic a photograph of nature is, it often speaks only to the vantage point of its maker standing outside of it. Rather than making images of the landscape I make images with the landscape. What I mean is this: all my works are made through the interaction of photosensitive materials, the natural world, and moonlight – and nothing else,” says Emond. Emond has chosen New Zealand because it was one of the first nations in the world to grant legal personhood to landforms. In 2014, Te Urewera, a national park, was granted legal personhood. Three years later, the Whanganui River was granted this same status. Emond’s project has a cross-cultural component. “The United States has a passion for the natural beauty of its land and I believe its people have the capability to recognize a similar alternative relationship between its human and “natural” citizens. With that belief in mind, I plan to explore how legal personhood could benefit landforms in the United States.”

Michelle Jackson-Beckett, a Ph.D. student in the Bard Graduate Center, won a Fulbright Scholarship to Austria to conduct research on “Vienna’s Other Modernism: Design and Dwelling 1918-1968.” Jackson-Beckett has accepted a faculty position at the University of Applied Arts Vienna in lieu of the Fulbright scholarship.

Medora Jones ’18, who graduated from Simons Rock in 2016, has been named an alternate for a Fulbright English Teaching Assistantship to Morocco.