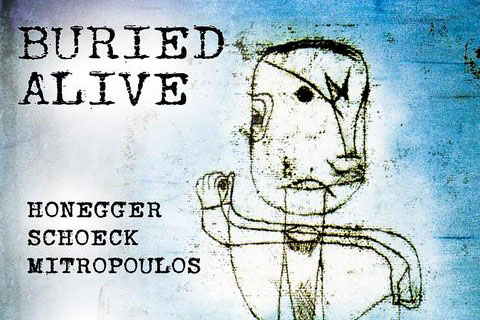 The Orchestra Now (TŌN) has just released a new CD on Bridge Records titled Buried Alive, recorded at the Fisher Center for the Performing Arts at Bard College in November 2019. The Orchestra is led by conductor Leon Botstein and features German baritone Michael Nagy in Othmar Schoeck’s song cycle Buried Alive—adapted from Gottfried Keller’s poem Lebendig begraben—about a man who wakes up to find he has been buried by mistake. This release marks only the second recording ever of Lebendig begraben, since a 1962 recording with Dietrich Fischer-Dieskau almost 60 years ago. The album also includes Honegger’s wildly rhythmic Rugby, written to evoke the spirit of the game, and the only known recording of Mitropoulos’ 1929 Concerto Grosso, considered by the composer to be his best work.

All three works on this CD were written in the 1920s, a time of unprecedented experimentation and innovation in all the arts, including music. Composers from Schoenberg to Stravinsky and Bartók to Prokofiev became pioneers of musical modernism and Buried Alive brings together three composers of vastly different backgrounds during that turbulent decade.

Digital files of the recording are available on request for press use.