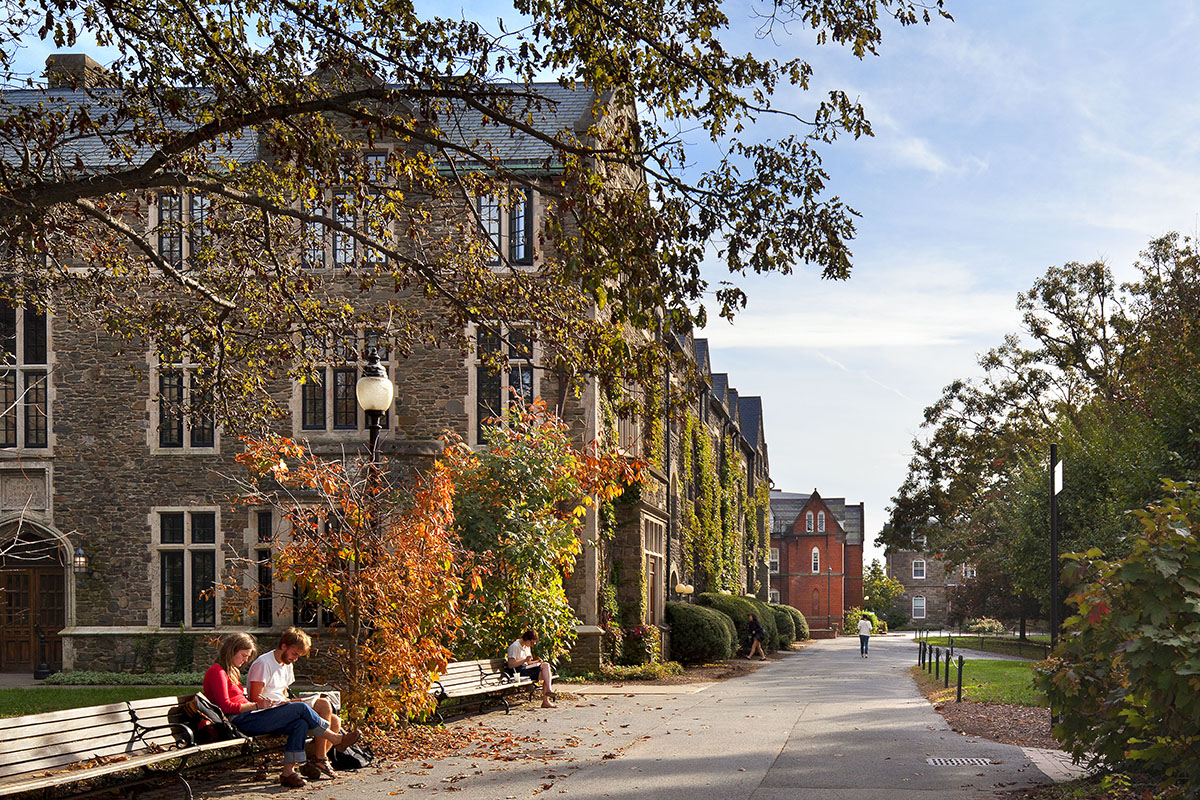 Today, The Andrew Goodman Foundation (AGF) along with the President and students from Bard College filed a lawsuit against the Dutchess County Board of Elections for violating the voting rights of students. The lawsuit, filed in the Supreme Court of the State of New York in Dutchess County, follows years-long efforts by Bard students to establish an on-campus polling location.

The Bard College community comprises the overwhelming majority of the district’s eligible voting population at nearly 70%. Moreover, the current polling site is not compliant with the Americans with Disabilities Act and related New York State Law. It is inaccessible by public transportation in clear violation of New York State Election Law, which requires that polling places are situated on public transit routes. Additionally, the current polling location is a 3-mile round trip from the Bard campus on an unsafe route that lacks sidewalks and adequate street lighting. The route creates a significant hardship for voters with disabilities and the majority of students who don’t have cars. The lawsuit challenges the ongoing failure of the Dutchess County Board of Elections to comply with the New York Constitution and state laws by refusing to open a polling location on the Bard College campus.

“I am grateful to our friends at St. Johns for hosting a polling station in the church, but we now face unprecedented times that demand sustainable solutions,” said Bard College President Leon Botstein. “Not only does the Bard community constitute a large percentage of District 5 residents of voting age, but we can accommodate the social distancing demands of COVID-19, indoors and out of inclement weather, and provide a safer and more accessible alternative for everyone at the polling place.”

“The narrative that we keep hearing is that students don’t vote and are not civically engaged, but this notion does not hold up when you consider that nearly 85% of Bard students are registered to vote. The reality is that students continue to face intentional barriers to voting. Even in what is considered a “blue state,” students must contend with ongoing voter suppression, which demonstrates how widespread this problem is,” remarked Alexandria Harris, Executive Director of The Andrew Goodman Foundation. “Across the country student voting rights are under assault. As student voter participation increases, so do efforts to restrict their access to the ballot box. This is why The Andrew Goodman Foundation will continue to stand with students and vigorously defend their constitutional right to vote.”

“The longstanding efforts by the Dutchess County Board of Elections to suppress student voting, which continues today with their refusal to move the polling site, has been wrong from the start. Now in the COVID era it is also dangerous,” said Jonathan Becker, Bard’s Executive Vice President and Vice President for Academic Affairs. “The current site’s lack of sidewalks, inaccessibility by public transport, failure to comply with the Americans with Disabilities Act and, most importantly, its inadequate space for social distancing, makes it both unsuitable as a voting site and a danger to voters and poll workers. It is unfortunate that the Board of Elections continues its efforts to suppress student voting and in doing so, endangers the safety of the voters of District 5.”

“Fifty years ago, this nation came together across partisan lines to support the expansion of the ballot free of age discrimination through the ratification of the Twenty-Sixth Amendment,” said Yael Bromberg, Chief Counsel for Voting Rights at The Andrew Goodman Foundation. “The principles that drove the foundation of that Amendment continue to be true today: young people are critical to the practice of democracy. We must remove obstacles to the ballot—and that includes bringing polling places on campus. The Dutchess County Board of Elections has made its intentions clear: it simply does not want Bard College students to vote—counter to the values of our democracy, which are beyond partisanship.”

This is the fourth instance since 2000 where Bard students have resorted to litigation or the threat thereof over schemes aimed at limiting their voting rights. The courts ruled in favor of the students in all preceding legal actions. The current lawsuit follows years of advocacy by Bard College Andrew Goodman Student Ambassadors and their peers for an on-campus polling site. Despite support from the Democratic Board of Elections Commissioner, the Republican Commissioner has denied 2 timely requests to relocate the polling place, thereby prompting the current lawsuit.

About The Andrew Goodman Foundation
The Andrew Goodman Foundation’s mission is to make young voices and votes a powerful force in democracy by training the next generation of leaders, engaging young voters, and challenging restrictive voter suppression laws. The Foundation's Vote Everywhere program partners with America's colleges and universities to provide resources, visibility, and mentoring to a national network of student leaders who involve their peers in participatory democracy through long-term voter engagement, public policy, and social justice initiatives. The organization is named after Andrew Goodman, a 20-year old Freedom Summer volunteer, and champion of equality and voting rights who was murdered by the KKK in 1964 while registering African Americans to vote in Mississippi. For more information about The Andrew Goodman Foundation visit andrewgoodman.org.

About Bard College
Founded in 1860, Bard College is a 4 year residential college of the liberal arts and sciences located 90 miles north of New York City. Bard’s campus consists of nearly 1000 park-like acres in the Hudson River Valley. It offers bachelor of arts, bachelor of science, and bachelor of music degrees, with majors in nearly 40 academic programs; graduate degrees in 11 programs; nine early colleges; and numerous dual-degree programs nationally and internationally. Building on its 160-year history as a competitive and innovative undergraduate institution, Bard College has expanded its mission as a private institution acting in the public interest across the country and around the world to meet broader student needs and increase access to liberal education. Bard is known for its academic excellence and emphasis on the arts and civic engagement, and is committed to enriching culture, public life, and democratic discourse by training tomorrow’s thought leaders. For more information about Bard College, visit bard.edu.