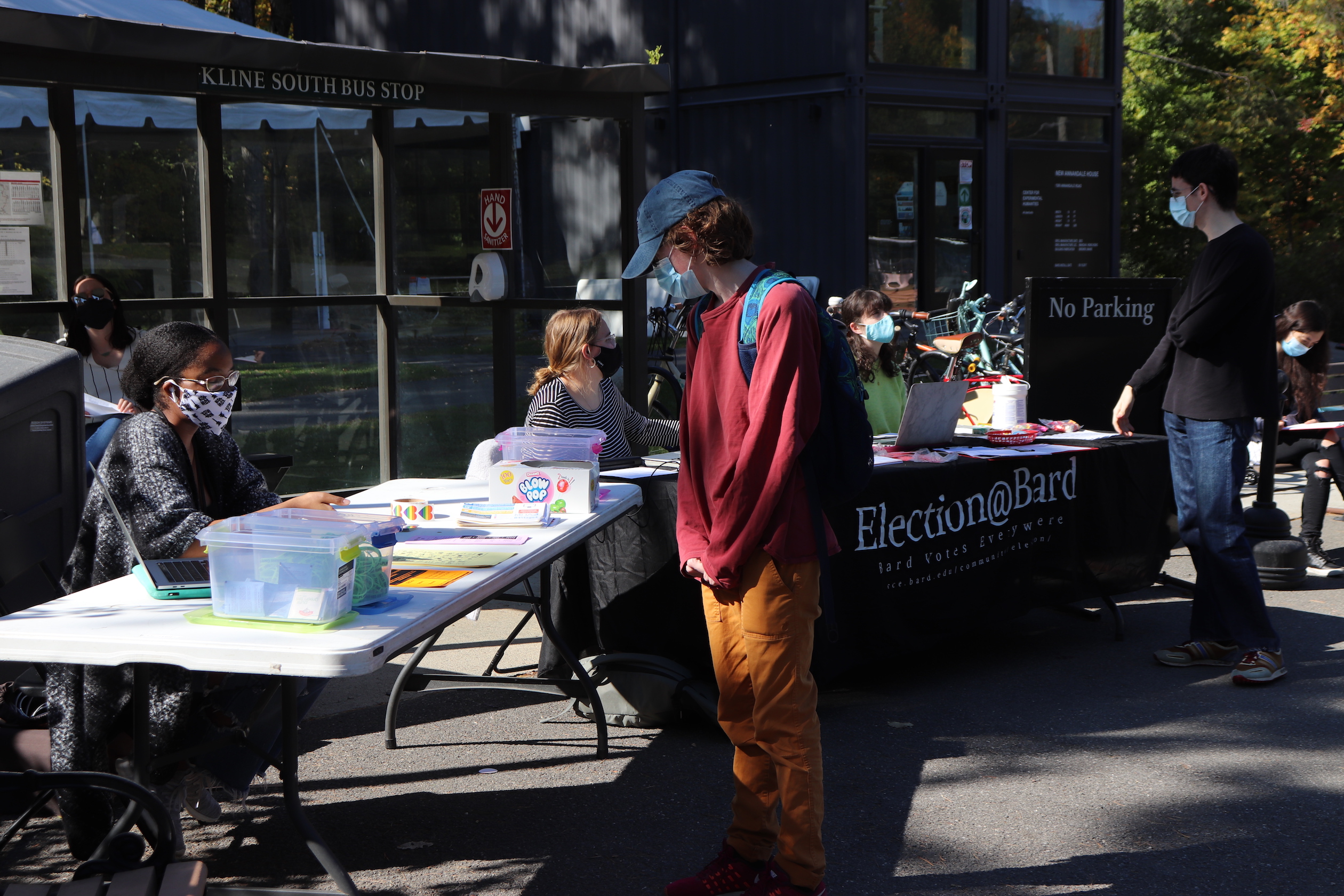 Compromise Also Allows St. John’s Site to Operate for 2020
The new Bard College voting site will be open to all Town of Red Hook District 5 voters on Election Day, Tuesday, November 3, after the Dutchess County Board of Elections withdrew its appeal to the Appellate Court. In addition to confirming the Bard College voting site, a compromise will allow the existing voting site at Church of St. John’s to also operate for the 2020 election.

“Judge Rosa’s order moving the District 5 voting site to Bard is a wonderful victory for student voters and all voters of the district, including those with disabilities,” said Jonathan Becker, executive vice president of Bard. “Our original petition to the Supreme Court asked for a polling site at Bard instead of, or in addition to, the Church, and that is what we have achieved,” he said. “The decision is a blow to student voter suppression, which has taken place in Dutchess County for decades. It is a great lesson for our students about the importance of persistence and the rule of law. Now they will have to learn how to safeguard victories.”

“The Election@Bard Team is so proud of the generations of student leaders who have worked to secure this polling place for the Bard community,” said Kathy Gaweda ’21, director of Election@Bard. “We are so excited that on Election Day students and on-campus faculty can vote safely on our very own campus thanks to the efforts off the Andrew Goodman Foundation, the entire Election@Bard Team, the plaintiffs in the case, and our fantastic legal team.”

“The court's decision to move the polling place to Bard College's campus is a move to listen to years of demands from young voters,” said Sadia Saba, a Bard College senior and plaintiff in the lawsuit. “Young voters, especially first-time voters, are historically disadvantaged by the political system, so this polling place is just one step to mitigating voter suppression in this county. Bard students are thrilled to get out the vote, and we are so excited to have our voices heard in this upcoming election!”

The voting site at Bard, in the Bertelsmann Campus Center, will be open to all District 5 voters from 6:00 a.m. to 9:00 p.m. on Tuesday Nov. 3. New signs are posted at the College’s entrances and along Annandale Rd. welcoming voters and directing them to the Campus Center and parking in North Ravine Rd. parking lot. Voters are expected to follow COVID safety protocols, as they are at all polling sites. Bard Security, campus personnel, and volunteers will be available throughout the day to assist voters and poll workers.

“This court victory and settlement demonstrates that students are a powerful force in our democracy. The opening of a new polling location on the Bard College campus redresses two decades of student voter suppression in Dutchess County. Students and community members can finally rest assured that they have access to a safe, accessible, and ADA-compliant polling location.  A healthy democracy requires participation from all citizens, especially younger voters whose future is most impacted in this election,” explained Yael Bromberg, Esq. Chief Counsel for Voting Rights at The Andrew Goodman Foundation. “As we’re witnessing at polling sites all over New York, people are energized to vote and are willing to endure long longs to ensure that their voice is heard this election season. I want to thank our partners at Bard College — President Leon Botstein, Executive Vice President Jonathan Becker, Vice President Erin Cannan, Andrew Goodman Campus Champion Sarah deVeer, and generations of Bard students and Andrew Goodman Student Ambassadors including but not limited to Sadia Saba, Ava Mazzye, Kathy Gaweda, Eva Quinones, and Jonian Rafti—for their commitment to ensuring every voter in District 5 has fair and equal access to the ballot box.”

“Students nationwide are excited and motivated about exercising their right to vote,“ Becker added. “We’re proud that Bard students have set an example for others that persistence in advancing student voting rights through the legal system, even in the face of widespread voter suppression, can succeed in gaining equal access. We thank our colleagues at the Andrew Goodman Foundation, Venable LLP, Bromberg Law LLC, and Caring Majority Rising for their support and congratulate all of the Bard students who have worked tirelessly on behalf of student voting rights.”
#
About Bard College
Founded in 1860, Bard College is a four-year residential college of the liberal arts and sciences located 90 miles north of New York City. With the addition of the Montgomery Place estate, Bard’s campus consists of nearly 1,000 parklike acres in the Hudson River Valley. It offers bachelor of arts, bachelor of science, and bachelor of music degrees, with majors in nearly 40 academic programs; graduate degrees in 11 programs; eight early colleges; and numerous dual-degree programs nationally and internationally. Building on its 160-year history as a competitive and innovative undergraduate institution, Bard College has expanded its mission as a private institution acting in the public interest across the country and around the world to meet broader student needs and increase access to liberal arts education. The undergraduate program at our main campus in upstate New York has a reputation for scholarly excellence, a focus on the arts, and civic engagement. Bard is committed to enriching culture, public life, and democratic discourse by training tomorrow’s thought leaders. For more information about Bard College, visit bard.edu.

About The Andrew Goodman Foundation
The Andrew Goodman Foundation’s mission is to make young voices and votes a powerful force in democracy by training the next generation of leaders, engaging young voters, and challenging restrictive voter suppression laws. The Foundation’s Vote Everywhere program partners with America’s colleges and universities to provide resources, visibility, and mentoring to a national network of student leaders who involve their peers in participatory democracy through long-term voter engagement, public policy, and social justice initiatives. The organization is named after Andrew Goodman, a 20-year old Freedom Summer volunteer, and champion of equality and voting rights who was murdered by the KKK in 1964 while registering Black Americans to vote in Mississippi. For more information visit www.andrewgoodman.org.
# # #
10/29/20