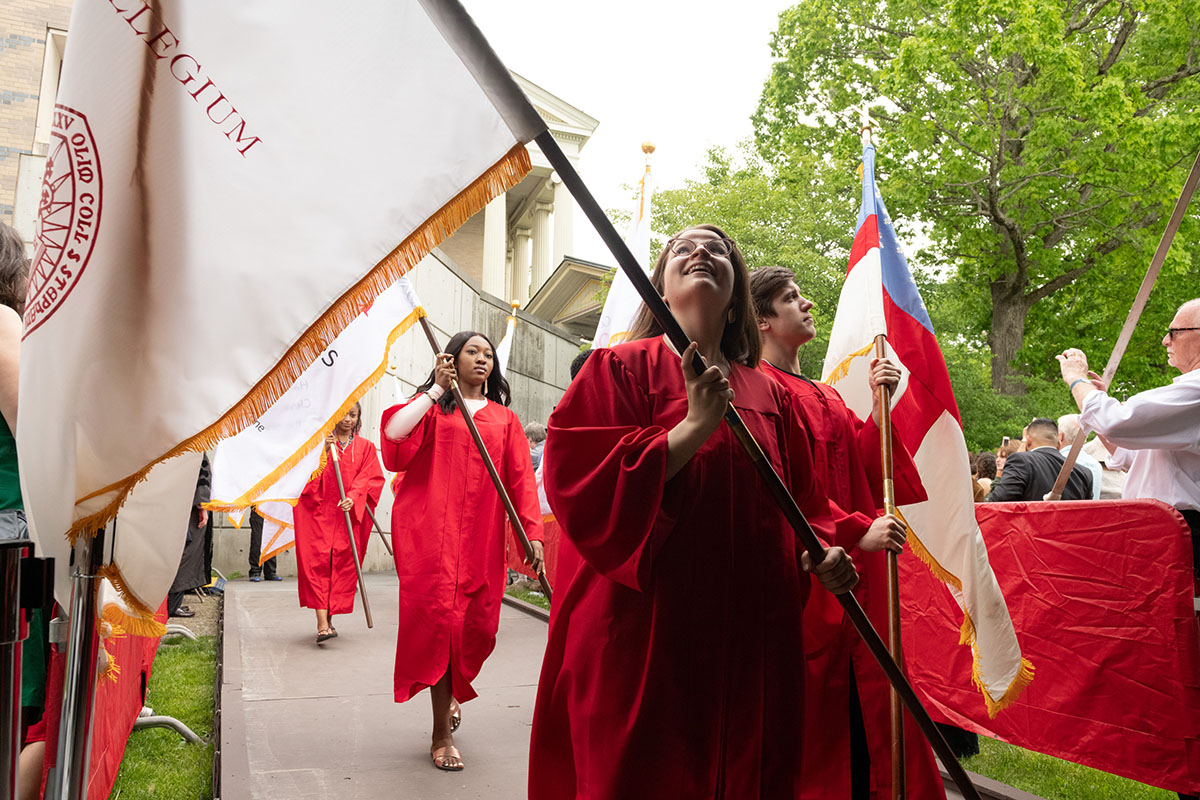 College Raises Additional $250 Million in Response as Part of a $1 Billion Endowment Drive
ANNANDALE-ON-HUDSON, NY − Bard College today announced a transformational $500 million endowment from philanthropist and long-time Bard supporter George Soros. This challenge grant — among the largest ever made to higher education in the United States — will facilitate and strengthen Bard’s exemplary educational and social initiatives, establish the College’s most substantial endowment ever, and set the stage for a $1 billion endowment drive. In response to Mr. Soros’s generous challenge grant, Bard announced it has raised an additional $250 million from supporters, including trustees, alumni/ae, and friends, and will raise another $250 million over the next five years.

“This is the most historic moment since the college’s founding in 1860,” said Bard College President Leon Botstein. “When this endowment drive is complete, Bard will have a $1 billion endowment, which will ensure its pioneering mission and its academic excellence for the future.” Botstein said, adding, “Bard has played an innovative and progressive role in American education without any historical wealth; it will continue to do so with this new and highly competitive endowment, to ensure equity in financial aid, reform the relationship between higher education and secondary education, promote international education, and defend the arts, the humanities and basic science as the essence of the liberal arts.”

Bard is widely recognized for its excellence in undergraduate education and rigorous liberal arts curriculum, its emphasis on the arts, and civic engagement. Over the last four decades, the College has created pioneering initiatives such as the Bard Early Colleges, the Bard Prison Initiative, and international partnerships such as Al-Quds Bard and the American University of Central Asia, all of which broaden access to higher education for underserved communities.

Mr. Soros’s visionary support of Bard’s role as one of two founding partners of the new Open Society University Network, a global network of educational institutions created with the Central European University in partnership with Mr. Soros’s Open Society Foundations, has permitted the College to expand and strengthen the College’s pathbreaking network of domestic and international partnerships.

“Bard has had an outsized impact, setting the standard in liberal arts education in prisons, in high school age students, and in the arts and in its international work,” said Mr. Soros.

This endowment pledge from Mr. Soros, along with Bard’s matching contributions, will endow the College’s full array of student financial aid, faculty, and programs; enable the College to sustain its mission and to grow its international profile; and begin its endowment drive with $750 million.