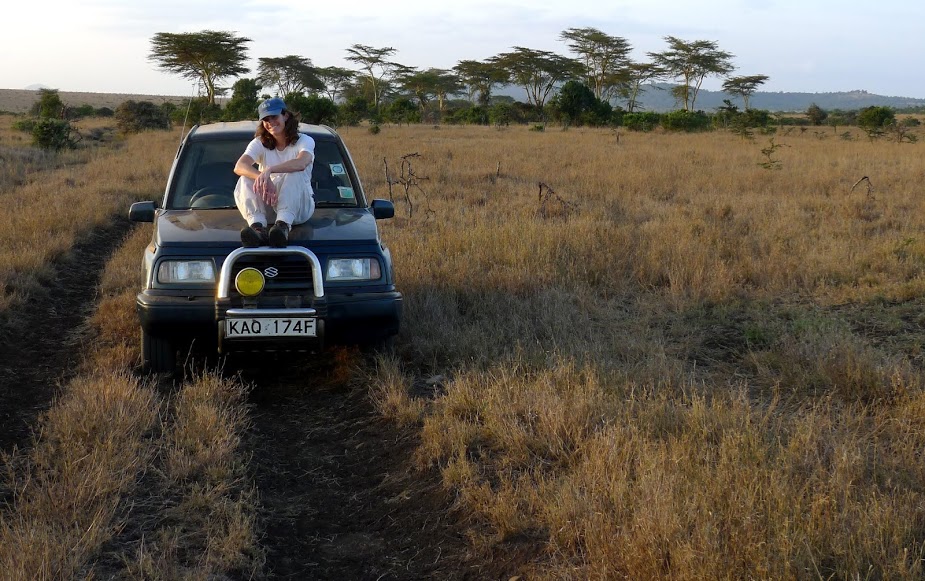 A Diversity of Wildlife Is Good for Our Health, Says New Paper Led by Bard Biology Professor Felicia Keesing

To prevent future pandemics, we must restore and protect nature
A growing body of evidence suggests that biodiversity loss increases our exposure to both new and established zoonotic pathogens. Restoring and protecting nature is essential to preventing future pandemics. So reports a new Proceedings of the National Academy of Sciences (PNAS) paper that synthesizes current understanding about how biodiversity affects human health and provides recommendations for future research to guide management. To read the PNAS paper, please click here.

Lead author Felicia Keesing is a professor at Bard College and a Visiting Scientist at Cary Institute of Ecosystem Studies. She explains, “There's a persistent myth that wild areas with high levels of biodiversity are hotspots for disease. More animal diversity must equal more dangerous pathogens. But this turns out to be wrong. Biodiversity isn't a threat to us, it’s actually protecting us from the species most likely to make us sick.”

Zoonotic diseases like COVID-19, SARS, and Ebola are caused by pathogens that are shared between humans and other vertebrate animals. But animal species differ in their ability to pass along pathogens that make us sick.

Rick Ostfeld is a disease ecologist at Cary Institute and a co-author on the paper. He explains, “Research is mounting that species that thrive in developed and degraded landscapes are often much more efficient at harboring pathogens and transmitting them to people. In less-disturbed landscapes with more animal diversity, these risky reservoirs are less abundant and biodiversity has a protective effect.”

Rodents, bats, primates, cloven-hooved mammals like sheep and deer, and carnivores have been flagged as the mammal taxa most likely to transmit pathogens to humans. Keesing and Ostfeld note, "The next emerging pathogen is far more likely to come from a rat than a rhino.”

This is because animals with fast life histories tend to be more efficient at transmitting pathogens. Keesing explains, “Animals that live fast, die young, and have early sexual maturity with lots of offspring tend to invest less in their adaptive immune responses. They are often better at transmitting diseases, compared to longer-lived animals with stronger adaptive immunity.”

When biodiversity is lost from ecological communities, long-lived, larger-bodied species tend to disappear first, while smaller-bodied species with fast life histories tend to proliferate. Research has found that mammal hosts of zoonotic viruses are less likely to be species of conservation concern (i.e. they are more common), and that for both mammals and birds, human development tends to increase the abundance of zoonotic host species, bringing people and risky animals closer together.

“When we erode biodiversity, we favor species that are more likely to be zoonotic hosts, increasing our risk of spillover events,” Ostfeld notes. Adding that, “Managing this risk will require a better understanding of how things like habitat conversion, climate change, and overharvesting affect zoonotic hosts, and how restoring biodiversity to degraded areas might reduce their abundance.”

To predict and prevent spillover, Keesing and Ostfeld highlight the need to focus on host attributes associated with disease transmission rather than continuing to debate the prime importance of one taxon or another. Ostfeld explains, “We should stop assuming that there is a single animal source for each emerging pathogen. The pathogens that jump from animals to people tend to be found in many animal species, not just one. They’re jumpers, after all, and they typically move between species readily.”

Disentangling the characteristics of effective zoonotic hosts – such as their immune strategies, resilience to disturbance, and habitat preferences – is key to protecting public health. Forecasting the locations where these species thrive, and where pathogen transmission and emergence are likely, can guide targeted interventions.

Keesing notes, “Restoration of biodiversity is an important frontier in the management of zoonotic disease risk. Those pathogens that do spill over to infect humans—zoonotic pathogens—often proliferate as a result of human impacts.” Concluding, “As we rebuild our communities after COVID-19, we need to have firmly in mind that one of our best strategies to prevent future pandemics is to protect, preserve, and restore biodiversity.”

This research was supported by a National Science Foundation Grant OPUS 1948419 to Keesing.

Felicia Keesing, David and Rosalie Rose Distinguished Professor of Science, Mathematics, and Computing, has been on the Bard faculty since 2000. She has a B.S. from Stanford University and a Ph.D. from the University of California, Berkeley. Since 1995, she has studied how African savannas function when the large, charismatic animals like elephants, buffaloes, zebras, and giraffes disappear. She also studies how interactions among species influence the probability that humans will be exposed to infectious diseases. Keesing also studies Lyme disease, another tick-borne disease. She is particularly interested in how species diversity affects disease transmission. More recently, she has focused on science literacy for college students, and she led the re-design of Bard College’s Citizen Science program. Keesing has received research grants from the National Science Foundation, National Geographic Society, National Institutes of Health, Environmental Protection Agency, and Howard Hughes Medical Institute, among others. She has been awarded the United States Presidential Early Career Award for Scientists and Engineers (2000). She is the coeditor of Infectious Disease Ecology: Effects of Ecosystems on Disease and of Disease on Ecosystems (2008) and has contributed to such publications as Nature, Science, Proceedings of the National Academy of Sciences, Ecology Letters, Emerging Infectious Diseases, Proceedings of the Royal Society, Ecology, BioScience, Conservation Biology, and Trends in Ecology & Evolution, among others.
# # #
(4.5.21)