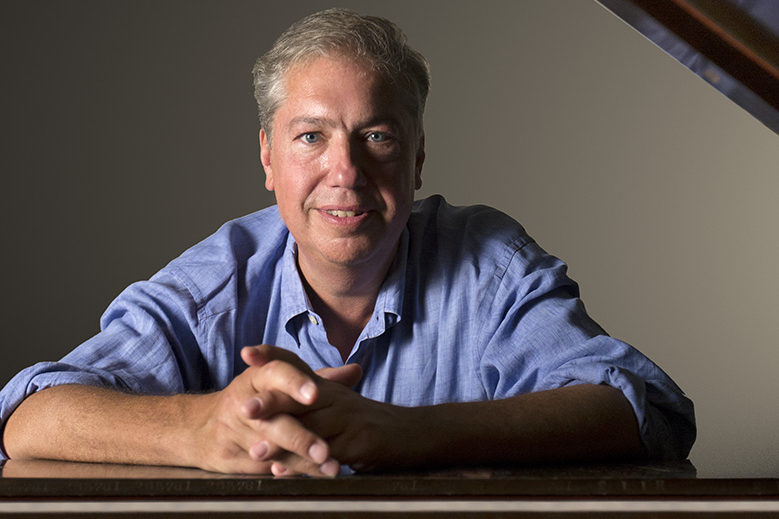 The American Academy in Berlin has awarded Christopher H. Gibbs, James H. Ottaway Jr. Professor of Music at Bard College, a 2021-22 Berlin Prize. The Berlin Prize is awarded annually to American or US-based scholars, writers, composers, and artists who represent the highest standards of excellence in their fields, from the humanities and social sciences to journalism, public policy, fiction, the visual arts, and music composition. Gibbs, who is also artistic codirector of the Bard Music Festival and a professor at the Bard College Conservatory of Music, was named a spring 2022 Berlin Prize fellow. Fellows spend a semester at the Academy’s lakeside Hans Arnhold Center, a historic nineteenth-century villa located in Berlin’s Wannsee district.

“Gibbs has long been committed to so-called public musicology, especially to forging links between music scholarship and general audiences through curated concerts and festivals,” writes the American Academy in Berlin in its award citation. “In Berlin, he will explore the past, present, and future of concert life in the city.”

“I am thrilled by the opportunity to think intensely about curation, something familiar with museums but much less so with music,” said Gibbs. “Berlin’s rich musical history and its innovative scene today provide abundant material to help reimage the future, especially in the wake of the pandemic and amid struggles for social justice.”

About the 2021-22 Berlin Prize
Chosen by an independent selection committee, the 2021-22 class of Berlin Prize fellows will pursue a wide array of scholarly and artistic projects, including histories of the legalities of small wars among European empires, the Visigothic political order, competing conceptions of self-government in English and American political thought, Algerian Jewish life, and the Greek Revolution; two new novels and a graphic memoir; investigations into lithium extraction in the US, Chile, and Argentina; EU-China-US relations in the context of global supply chains; the relationship between declining coal-use and the rise of populism; European attitudes toward global democratic decline; and new works by a composer, translator, and two visual artists.

The Berlin Prize provides recipients the time and resources to advance important scholarly and artistic projects, free from the constraints of other professional obligations. Fellows work throughout the semester with Berlin peers and institutions in the Academy’s well-established network, forging meaningful connections that lead to lasting transatlantic relationships. During their stays, fellows engage German audiences through lectures, readings, and performances, which form the core of the American Academy’s public program. For more information, click here.

About Christopher H. Gibbs
Christopher H. Gibbs is James H. Ottaway Jr. Professor of Music at Bard College; faculty, Bard College Conservatory of Music; and artistic codirector, Bard Music Festival. He is the executive editor of The Musical Quarterly; editor of The Cambridge Companion to Schubert (1997); author of The Life of Schubert (2000), which has been translated into five languages; coeditor of Franz Liszt and His World (2006) and Franz Schubert and His World (2014); and coauthor of The Oxford History of Western Music, College Edition (2013; 2nd ed., 2018). He is a contributor to New Grove Dictionary of Music and Musicians, 19th-Century Music, Schubert durch die Brille, Current Musicology, Opera Quarterly, and Chronicle of Higher Education. Additionally, he has served as program annotator and musicological consultant to the Philadelphia Orchestra (2000– ); musicological director of the Schubertiade at the 92nd Street Y in New York City; musicological adviser for the Schubert Festival at Carnegie Hall (1997); and artistic codirector of the Bard Music Festival (2003– ). Among Gibbs’s previous honors were the Dissertation Prize of the Austrian Cultural Institute, ASCAP–Deems Taylor Award, and American Council of Learned Societies fellowship. He previously taught at SUNY Buffalo (1993–2003). BA, Haverford College; MA, MPhil, PhD, Columbia University. At Bard since 2002.

About Bard College
Founded in 1860, Bard College is a four-year residential college of the liberal arts and sciences located 90 miles north of New York City. With the addition of the Montgomery Place estate, Bard’s campus consists of nearly 1,000 parklike acres in the Hudson River Valley. It offers bachelor of arts, bachelor of science, and bachelor of music degrees, with majors in nearly 40 academic programs; graduate degrees in 11 programs; eight early colleges; and numerous dual-degree programs nationally and internationally. Building on its 161-year history as a competitive and innovative undergraduate institution, Bard College has expanded its mission as a private institution acting in the public interest across the country and around the world to meet broader student needs and increase access to liberal arts education. The undergraduate program at our main campus in upstate New York has a reputation for scholarly excellence, a focus on the arts, and civic engagement. Bard is committed to enriching culture, public life, and democratic discourse by training tomorrow’s thought leaders. For more information about Bard College, visit bard.edu.
# # #
(5/13/21)