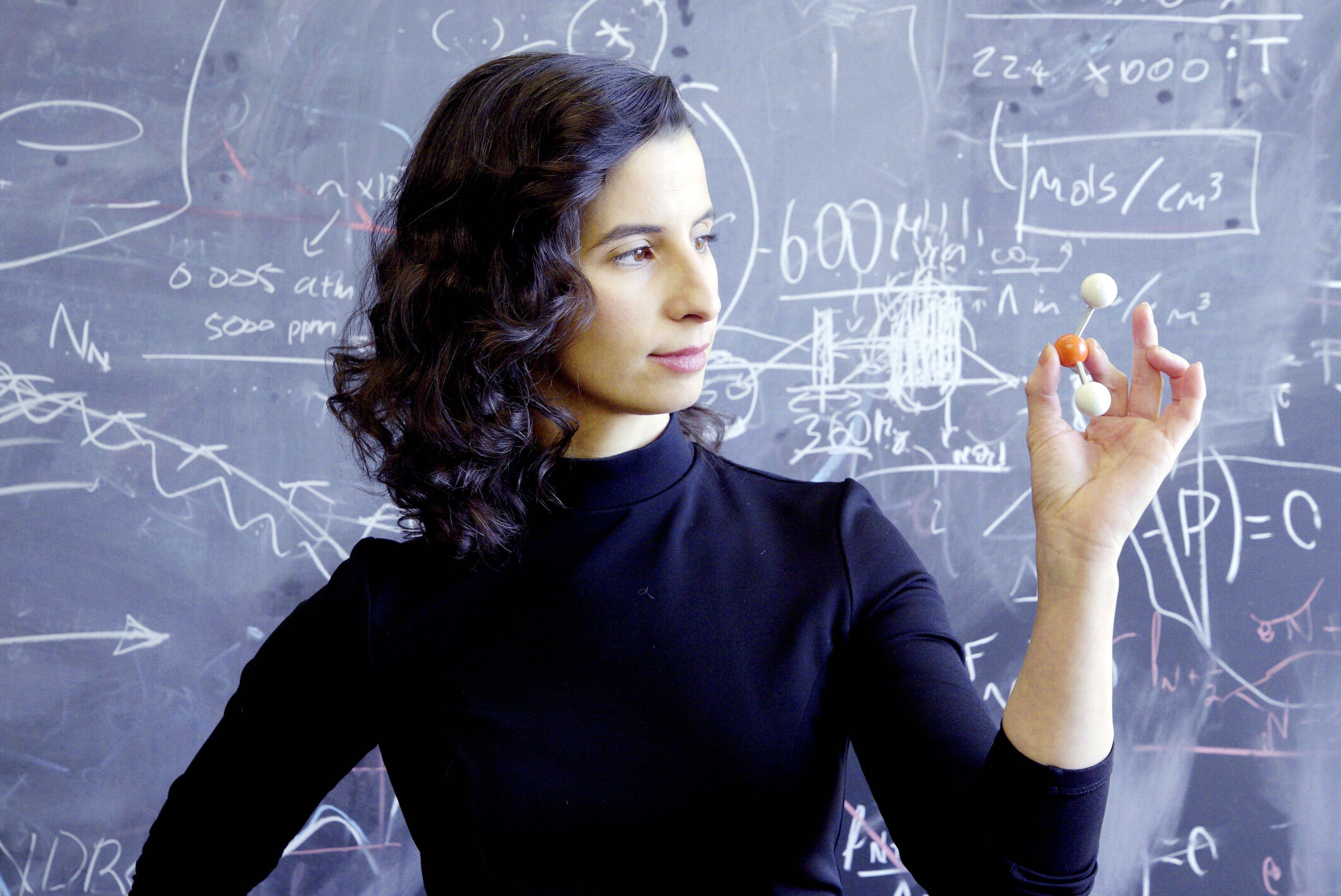 Bard College is pleased to announce that Clara Sousa-Silva has been appointed to a tenure track faculty position in the Physics Program. Sousa-Silva will join the faculty of the College in spring 2022 as a full-time assistant professor of physics in the Division of Science, Mathematics, and Computing. Sousa-Silva is a quantum astrochemist at the Center for Astrophysics | Harvard & Smithsonian. She investigates how molecules interact with light so that they can be detected on faraway worlds. Sousa-Silva’s July 2021 TED talk, “The Fingerprints of Life Beyond Earth,” is featured on the front page of the TED website.

About Clara Sousa-Silva
Clara Sousa-Silva spends most of her time studying molecules that life can produce so that, one day, she can detect an alien biosphere. Her favorite molecular biosignature is phosphine: a terrifying gas associated with mostly unpleasant life. When she is not deciphering exoplanet atmospheres, Sousa-Silva works hard to persuade the next generation of scientists to become an active part of the astronomical community.

Sousa-Silva holds a doctoral degree in quantum chemistry from the University College London, and a masters degree in physics and astronomy from the University of Edinburgh in Scotland. Among her many achievements, Sousa-Silva is the recipient of the prestigious 51 b Pegasi Fellowship from the Heising Simons Foundation. The fellowship supports the growing field of planetary astronomy and exceptional postdoctoral scientists who make unique contributions to the field of astronomy. Her work and commentary has been featured in the BBC, WIRED, and the New York Times, among many others. Prior to joining the Center for Astrophysics, Sousa-Silva served as a research scientist at MIT.

About Bard College
Founded in 1860, Bard College is a four-year residential college of the liberal arts and sciences located 90 miles north of New York City. With the addition of the Montgomery Place estate, Bard’s campus consists of nearly 1,000 parklike acres in the Hudson River Valley. It offers bachelor of arts, bachelor of science, and bachelor of music degrees, with majors in nearly 40 academic programs; graduate degrees in 11 programs; eight early colleges; and numerous dual-degree programs nationally and internationally. Building on its 161-year history as a competitive and innovative undergraduate institution, Bard College has expanded its mission as a private institution acting in the public interest across the country and around the world to meet broader student needs and increase access to liberal arts education. The undergraduate program at our main campus in upstate New York has a reputation for scholarly excellence, a focus on the arts, and civic engagement. Bard is committed to enriching culture, public life, and democratic discourse by training tomorrow’s thought leaders. For more information about Bard College, visit bard.edu.
# # #
(8/31/21)