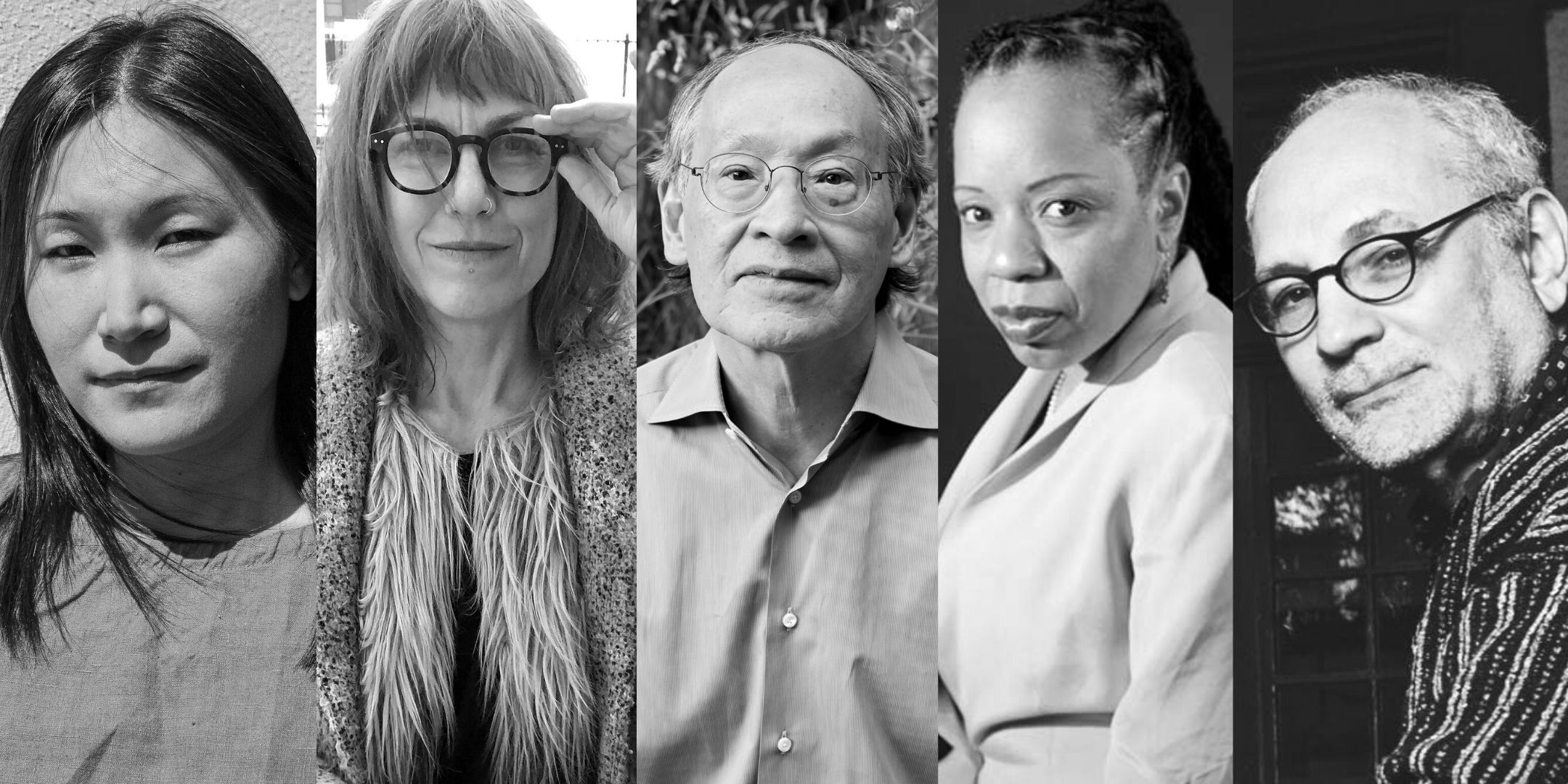 About the Participants
Charles Bernstein is the author of Topsy-Turvy and Pitch of Poetry (both University of Chicago Press). In 2019, he was awarded the prestigious Bollingen Prize for Poetry. With Tracie Morris, Charles Bernstein coedited Best American Experimental Writing 2016 (Wesleyan University Press).

Anelise Chen’s first book, So Many Olympic Exertions, came out with Kaya Press in 2017. She teaches writing at Columbia University.

Shelley Jackson is the author of Riddance (Black Balloon), Half Life (HarperCollins), The Melancholy of Anatomy(Anchor), hypertexts including Patchwork Girl (Eastgate Systems), and several children’s books, including The Old Woman and the Wave (DK) and Mimi’s Dada Catifesto (Clarion Books). She is known for her cross-genre experiments, most notably SKIN, a story published in tattoos on 2,095 volunteers.

Arthur Sze recieved the 2021 Shelley Memorial Award from the Poetry Society of America. His newest book is The Glass Constellation: New and Collected Poems (Copper Canyon).

Bradford Morrow is the author of ten books of fiction and the founding editor of Conjunctions. He is the recipient of a Guggenheim Fellowship in fiction, an Academy Award in literature from the American Academy of Arts and Letters, and the PEN/Nora Magid Award for excellence in editing a literary journal.

About Conjunctions
Edited by Bradford Morrow and published twice yearly by Bard College, Conjunctions publishes innovative fiction, poetry, and creative nonfiction by emerging voices and contemporary masters. For four decades, Conjunctions has challenged accepted forms and styles, with equal emphasis on groundbreaking experimentation and rigorous execution. In 2020, Conjunctions received the prestigious Whiting Literary Magazine Prize. The judges noted, “Every issue of Conjunctions is a feat of curatorial invention, continuing the Modernist project of dense, economical writing, formal innovation, and an openness to history and the world.” Named a “Top Literary Magazine 2019” by Reedsy, the journal was a finalist for the 2018, 2019, and 2021 ASME Award for Fiction and the 2018 CLMP Firecracker Award for General Excellence. In addition, contributions to recent issues have been selected for The Best American Essays (2018, 2019), The Pushcart Prize XLIV: Best of the Small Presses, Best American Experimental Writing 2020, Best Small Fictions 2019, The Year’s Best Dark Fantasy & Horror: 2019, and The Best American Short Stories 2021.

#
About Bard College
Founded in 1860, Bard College is a four-year, residential college of the liberal arts and sciences located 90 miles north of New York City. With the addition of the Montgomery Place estate, Bard’s campus consists of nearly 1,000 parklike acres in the Hudson River Valley. It offers bachelor of arts, bachelor of science, and bachelor of music degrees, with majors in more than 40 academic programs; graduate degrees in 13 programs; eight early colleges; and numerous dual-degree programs nationally and internationally. Building on its 161-year history as a competitive and innovative undergraduate institution, Bard College has expanded its mission as a private institution acting in the public interest across the country and around the world to meet broader student needs and increase access to liberal arts education. The undergraduate program at our main campus in upstate New York has a reputation for scholarly excellence, a focus on the arts, and civic engagement. Bard is committed to enriching culture, public life, and democratic discourse by training tomorrow’s thought leaders. For more information about Bard College, visit bard.edu.
###