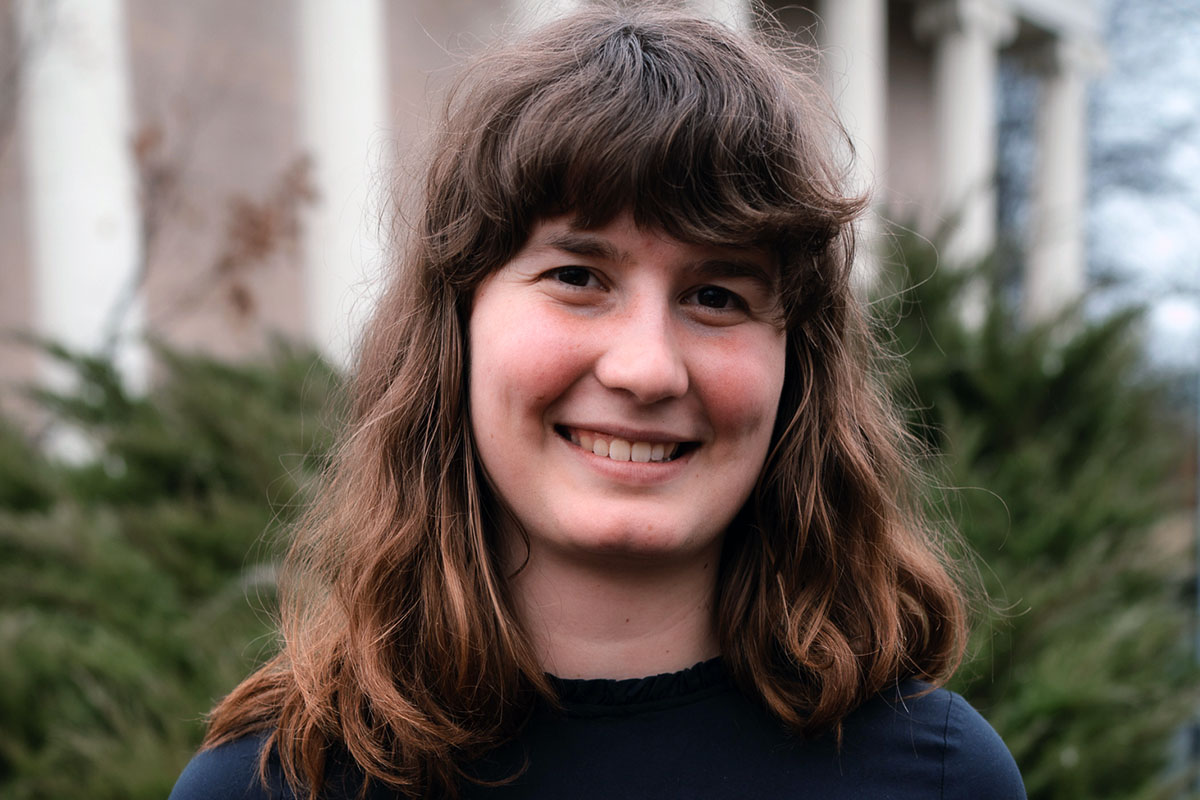 ANNANDALE-ON-HUDSON, N.Y.—Bard College student Elisabeth Sundberg ’22 has won a Davis Projects for Peace prize for her proposal, “Tracing The Turnrow Web: Appalachian Rising.” Human rights and studio arts major Sundberg will receive $10,000 to facilitate a series of collaborative art projects across the Turnrow network in West Virginia. Turnrow Appalachian Farm collective is a food hub connecting 100+ farms across West Virginia and providing fresh vegetables to their local communities. Working with farmers, artists, activists, and students, her work will “strengthen connections between the organizations within Turnrow and those between food producers and customers and celebrate the work that the different parts of the Turnrow food hub are doing, including education, food access, and strengthening local food landscapes.”

Sundberg’s project proposes to engage West Virginian residents with each other and their food systems through a series of community art events. Over the summer, she will facilitate a two week-long art project that includes the creation of a participatory mural painting, patchwork table cloth, and celebratory communal meal in each of four larger regions that Turnrow serves. This project is a continuation of a grant-funded community project Sundberg facilitated last summer. Like a traditional quilting bee, the community will gather to create these artworks together. The murals serve as a lasting visual representation of community work and the table cloths as an artifact which will be used by the network for potlucks, yearly business meetings, fundraising, and other events that Turnrow organizes. “Peace is not possible without food security and food justice. Many small towns in West Virginia don’t have a grocery store and rely on the Dollar General chain for their groceries. It is important to acknowledge that poor eating habits are not due to ignorance about healthy food choices, but due to lack of access. Peace is promoted when everyone has the right to local, sustainable, and nutritious produce, which is why organizations connecting farming and food access are so important,” says Sundberg.

Projects for Peace was created in 2007 through the generosity of Kathryn W. Davis, a lifelong internationalist and philanthropist who believed that today’s youth—tomorrow’s leaders—ought to be challenged to formulate and test their own ideas. To learn more, visit: middlebury.edu/office/projects-for-peace.

#
About Bard College
Founded in 1860, Bard College is a four-year residential college of the liberal arts and sciences located 90 miles north of New York City. With the addition of the Montgomery Place estate, Bard’s campus consists of nearly 1,000 parklike acres in the Hudson River Valley. It offers bachelor of arts, bachelor of science, and bachelor of music degrees, with majors in nearly 40 academic programs; graduate degrees in 13 programs; eight early colleges; and numerous dual-degree programs nationally and internationally. Building on its 159-year history as a competitive and innovative undergraduate institution, Bard College has expanded its mission as a private institution acting in the public interest across the country and around the world to meet broader student needs and increase access to liberal arts education. The undergraduate program at our main campus in upstate New York has a reputation for scholarly excellence, a focus on the arts, and civic engagement. Bard is committed to enriching culture, public life, and democratic discourse by training tomorrow’s thought leaders. For more information about Bard College, visit bard.edu.
###