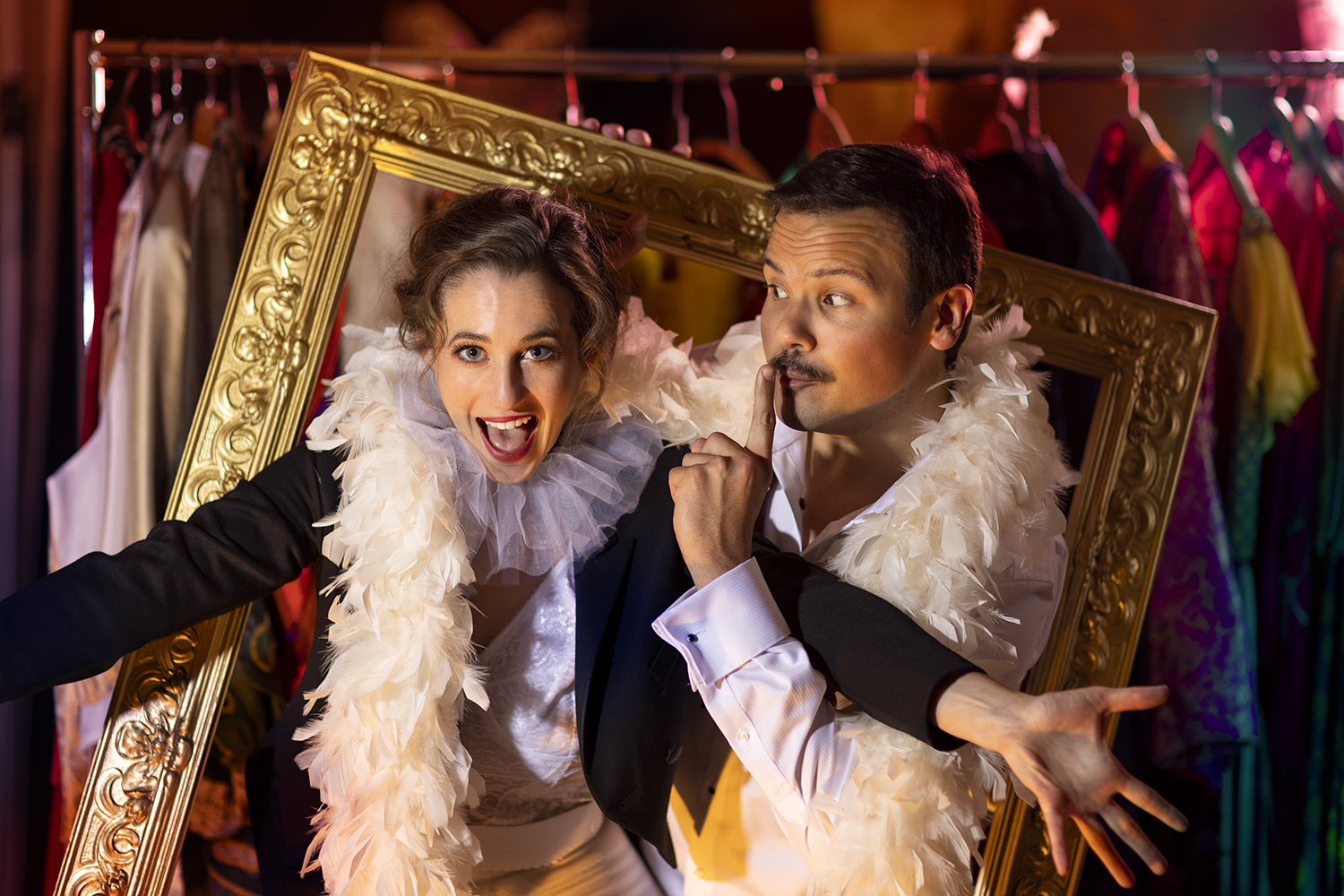 “An indispensable part of the summer operatic landscape”
– Musical America on opera at Bard SummerScape
ANNANDALE-ON-HUDSON, NY: Since its inception, the annual Bard SummerScape festival has presented a series of stellar revivals of important but neglected operas. This year’s immersion in “Rachmaninov and His World” features The Silent Woman (“Die Schweigsame Frau”), the only true comic opera by Rachmaninov’s close contemporary Richard Strauss. A rare American presentation of the work, Bard’s new production is by German director Christian Räth, whose treatment of Das Wunder der Heliane at SummerScape 2019 prompted Musical America to declare: “Opera productions don’t get much better than this.” Boasting a strong cast headed by Harold Wilson, “a stentorian bass … with impressive focus, carrying power and quiet charisma” (New York Times), Räth’s colorful, fast-paced new staging runs for five performances on July 22, 24, 27, 29 and 31. Anchored by the American Symphony Orchestra and Bard Festival Chorale under the leadership of festival founder and co-artistic director Leon Botstein, these performances take place in the striking Frank Gehry-designed Fisher Center on Bard’s glorious Hudson Valley campus. As the Financial Times notes, “Some of the most important summer opera experiences in the U.S. are … at Bard SummerScape.”

Like Rachmaninov, Richard Strauss (1864–1949) is one of the last great exponents of musical Romanticism, and his operatic output includes such canonical cornerstones as Salome, Elektra and Der Rosenkavalier. His eleventh opera, The Silent Woman (“Die Schweigsame Frau,” 1935), however, remains “inseparable, in many ways, from the vexed circumstances of its creation” (The Guardian). Based on Epicoene, a comedy by Shakespeare’s contemporary Ben Jonson, the opera represents the first and only fruit of the composer’s collaboration with celebrated Austrian-Jewish novelist Stefan Zweig. The librettist’s Judaism strained Strauss’s already-complicated relationship with the Third Reich. While striving to protect his Jewish daughter-in-law and grandchildren, the composer accepted the presidency of Goebbels’s State Music Bureau, and consistently prioritized the advancement of his own career. Since works by Jews were no longer permitted on the German stage, The Silent Woman received its Dresden world premiere only once Hitler himself interceded, and was still banned after its fourth performance. Despite proving a critical and audience success at this controversial opening, in post-war productions the opera drew a more mixed response, and today – owing in no small part to Strauss’s fiendishly challenging vocal writing – remains seldom staged in the US.

Such neglect should not be ascribed to any artistic failings, however. As the Los Angeles Times observes, The Silent Woman is “remarkable for its joie de vivre and, more important, its moments of profound old-world warmth, affection and rapture,” not to mention its “intricate, radiant score.” Set to Zweig’s sparkling libretto, the opera tells the madcap tale of Sir Morosus, a retired British admiral who craves the quiet life; his nephew Henry; Henry’s actress wife, Aminta; and Schneidebart, the scheming barber who intervenes between them. Featuring a counterfeit wedding designed to secure Henry’s inheritance, The Silent Woman is an intricately plotted screwball comedy in which all is ultimately forgiven.

Marking a rare American presentation of the opera, Bard’s new production and set design are both by Christian Räth, whose work has graced stages from the Metropolitan Opera to Covent Garden, the Vienna State Opera and La Scala. Three years ago, his collaboration with Botstein and the SummerScape forces on Korngold’s Das Wunder der Helianewas hailed as “a world-class production — with care, passion and attention to every detail” (Opera Wire). As Musical America elaborated:

“Thanks to Christian Räth’s clear-sighted, ravishing production, with opulent, yet coherent musical direction fromLeon Botstein leading the 85-strong American Symphony Orchestra, Das Wunder der Heliane emerges as a work forthe ages and little short of a masterpiece. … The real genius, however, is Räth, a director who really seems tounderstand what the music ‘means’ and in particular how that can be used to clarify and illuminate the denselyexpressionistic storyline.”

About his vision for The Silent Woman, Räth explains:

“In my eyes, The Silent Woman is first and foremost a declaration of love to the art of opera. This ‘woman’ is anything but silent, and even at the age of 87 feels surprisingly up to date. The exuberant eccentricity of the characters, as well as a rebellious and anarchic sense of humor, are what make this piece so appealing at first sight. But behind the brilliant surface of the farce, the opera also reveals a deeply human and emotional side. It’s a story of solitude, ageing and farewell, not only for the male protagonist, the misanthropist Sir Morosus, but also for the opera’s authors, Stefan Zweig and Richard Strauss, at the unsettling time of its creation. They make us experience the ways that joy and melancholy, the prosaic and the extraordinary, and the ephemeral and the eternal are all inextricably intertwined – in life as well as on the stage.”

Their production stars bass Harold Wilson as the cantankerous naval veteran. Appearing this spring in Elektra at the Metropolitan Opera, Wilson is also a familiar face at houses and festivals from Deutsche Oper Berlin to Opera Philadelphia, Santa Fe Opera, Minnesota Opera, Opera Theatre of St. Louis, Glimmerglass Opera and Caramoor, where, as the villain of Bellini's Il Pirata, he proved “a virile, growling bass with energy and flavor” (Parterre Box), prompting the Washington Post to urge: “Casting directors take note.”

Praised by Opera News for hitting “high notes with ease, singing with a luxuriant warm glow that seduced the ear as he bounded about the stage with abandon,” tenor David Portillo sings the admiral’s nephew Henry, with soprano Jana McIntyre, a Metropolitan Opera National Council grand finalist, as his wife, Aminta; mezzo-soprano Michaela Martens, a “passionate and sympathetic vocal actress” (Boston Globe), as the admiral’s Housekeeper; and baritone Edward Nelson, winner of the 2020 Glyndebourne Opera Cup, as the Machiavellian Barber.

SummerScape tickets
Tickets for mainstage events are now on sale, starting at $25, and Spiegeltent tickets go on sale in April. For complete information regarding tickets, series discounts and more, visit fishercenter.bard.edu. or call Bard’s box office at (845) 758-7900.

Sung in German with English supertitles

August 5–7
Bard Music Festival: Rachmaninoff and His World
Weekend One: Russia and Modernity