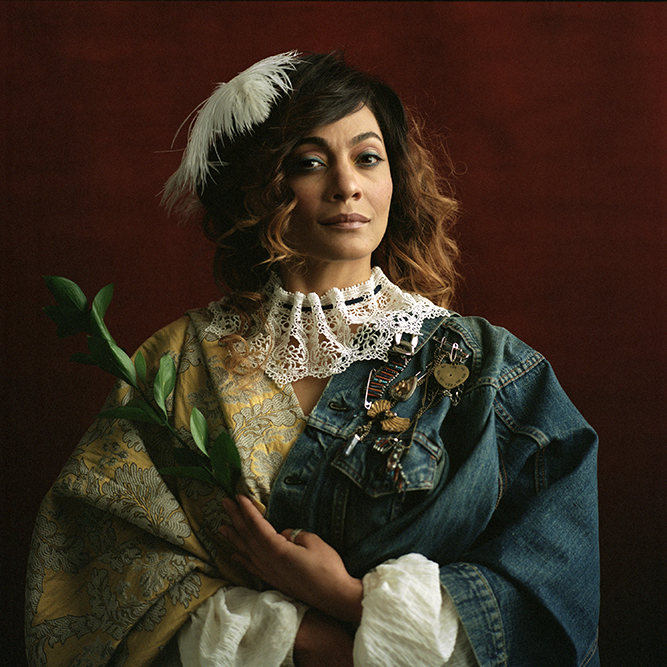 
The Fisher Center at Bard, which has become one of the world’s preeminent sources of major multidisciplinary performance works, presents a bold, gender-reframed, era-transcending vision of Molière’s 1665 tragicomedy Dom Juan, conceived and directed by Ashley Tata, with a new translation from NYU Professor of ​​French Literature  and theater scholar Sylvaine Guyot and Fisher Center Artistic Director Gideon Lester. Reimagining both the titular libertine (Amelia Workman, Fefu and Her Friends at TFANA) and Sganarelle (Gossip Girl’s Zuzanna Szadkowski), Dom Juan’s assistant and sidekick, as women, Tata recasts this subversive, hilarious, and incisive work in a contemporary light—creating a Dom Juan for the 21st century. Commissioned as the opening production of Bard SummerScape 2022, and marking this year’s global celebrations of Molière’s 400th anniversary, Dom Juan makes its world premiere June 23–July 17.

Molière’s portrait of the libertine Dom Juan combines slapstick comedy with the taut psychology of a thriller. With this production, Tata—currently serving as Visiting Artist-in-Residence in Theater and Performance at Bard College—becomes one of the first women directors ever to tackle the Molière classic. Setting his story in a fantasy world where 17th-century France meets late-1970s America (right after the passing of Roe V. Wade—and reverberating in a moment when Roe v. Wade is likely to be overturned), her production asks: what is it for a woman to be a libertine? With this glittering and ferocious interpretation of Molière’s study of lust and power, Tata freshly examines class, faith, gender, and the individual’s responsibility to society.

Tata describes the world of her Dom Juan, “Our production is an invitation to collectively imagine a world where the 17th century France of Louis XIV and Molière overlaps with society right after the passing of Roe V. Wade and at the beginning of a period that will give rise to what I’ve come to think of as The Trump Baroque. Our dynamic duo are two women who live in a patriarchal society where strides towards equality have been made and on paper a woman or non-binary person have the same rights and opportunities as a cis-man—but we have a long way to go, baby. Class is the determining factor of one’s opportunities.”

Tata directed Bard’s live online production of Caryl Churchill’s Mad Forest during the 2020 lockdown; hailed as “fervently inventive” (New York Times) and “a revelation” (New York Theater), the production subsequently transferred off-Broadway to Theatre for a New Audience. Bard’s other theatrical success stories include SummerScape 2015’s Oklahoma!, which went on to win a Tony Award on Broadway, is currently touring the U.S., and opens in London this May. Like that Daniel Fish production—which originated with an earlier staging by Fish with Bard students—Tata’s Dom Juan is preceded by a production she directed (albeit with a different concept and translation) in March 2016. Kirsten Harvey ‘17, who played Donna Elvira (a character now called Elver in Tata’s 2022 production) in that initial vision, now takes on the role of Carla (Dom Carlos in Molière’s original text), Elver’s sister.

About Ashley Tata
Ashley Tata makes multimedia works of theater, contemporary opera, performance, cyberformance, live music, and immersive experiences. These works have been called “fervently inventive,” by Ben Brantley in The New York Times, “extraordinarily powerful” by The Los Angeles Times, and a “notable production of the decade” by Alex Ross of TheNew Yorker. They have been presented in venues and festivals throughout the US and internationally including Theatre for a New Audience, the Fisher Center at Bard, LA Opera, Austin Opera, The Miller Theater, National Sawdust, EMPAC, BPAC, FIAF’s Crossing the Line Festival, Holland Festival, The Prelude Festival, and The National Centre for the Performing Arts in Beijing. Tata is also an educator and is currently on faculty at the College of Performing Arts at the New School and at Bard College. For more information, visit www.tatatime.live.

About Sylvaine Guyot
Sylvaine Guyot is a professor of French Literature, Thought and Culture at New York University. She is the author of Racine ou l’alchimie du tragique (PUF, 2010) and Racine et le corps tragique (PUF, 2014). She has co-edited a special issue of Littératures classiques on L’Œil classique (2013, with T. Conley), a new edition of Racine’s Théâtre complet (Garnier, 2013, with A. Viala), and a forthcoming volume on The Eighteenth-Century French Stage Online (MIT Press, 2018, with J. Ravel). She has published numerous articles on Corneille, the intersections of drama and painting, Louis Marin, the figure of the king in 17th-century tragedy, as well as the development of aesthetics and the neoclassical sublime.

About Gideon Lester
Gideon Lester’s previous translations include plays by Brecht, Büchner, Marivaux, and Vinaver. Adaptations include Kafka’s Amerika and Bulgakov’s Master and Margarita. He has been artistic director of the Fisher Center at Bard since 2012, where recent projects include Pam Tanowitz’s Four Quartets, Daniel Fish’s Oklahoma! (Tony award) and Most Happy, Will Rawls/Claudia Rankine’s What Remains, and three editions of the Fisher Center LAB biennial.  A professor of Theater & Performance at Bard and senior curator of the Center for Human Rights and the Arts, he was previously co-curator of Crossing the Line Festival and associate artistic director of the American Repertory Theater.

About Amelia Workman
﻿Amelia Workman's stage career has led her to work with Pulitzer-winning playwrights, perform in over a dozen countries, and understudy Kerry Washington on Broadway. In 2019 she played the titular role in the lauded revival of Fornez’s Fefu and her Friends, and most recently she originated the role of Jane Anger in Jane Anger, opposite Michael Urie. Her television credits include Bull, Blindspot, and Succession (selected). For more information, visit ameliaworkman.com.

About Zuzanna Szadkowski
Zuzanna is known for playing Dorota on Gossip Girl. She can be seen as Mabel Ainsley on HBO’s The Gilded Age and in the upcoming Showtime series Three Women. Other television and film credits include Worth, Bull, Search Party, The Knick, The Good Wife and Girls. Theater credits include queens at LCT3, Love, Loss and What I Wore, Uncle Romeo Vanya Juliet (WSJ Performance of the Year 2018) with Bedlam, The Comedy of Errors at the Public Theater, King Philip’s Head… with Clubbed Thumb and regional work at Bristol Riverside Theatre, The Actors Theater of Louisville, Two River Theater and at the Bucks County Playhouse. B.A. from Barnard College and M.F.A. from A.R.T./MXAT Institute at Harvard.

About Kirsten Harvey
Kirsten returns to the Bard stage having previously performed in the 2019 Bard Music Festival production of Korngold’s opera Die Tote Stadt directed by Jordan Fein. Her recent credits include the world premieres of Lily Houghton’s Of the woman… (Normal Ave) and Kedian Keohan’s Panic Encyclopedia (the Brick). Kirsten is a founding member of Lisa Fagan's company CHILD, with whom she debuted new work at LifeWorld and Mercury Store in 2022. She has developed work with Lee Sunday Evans, PlayCo, Waterwell, Soho Rep, and Ensemble Studio Theater. BA: Bard College. @kirstensharvey www.kirstensharvey.com

The commissioning and development of Dom Juan is made possible through the Fisher Center’s Artistic Innovation Fund, with lead support from Rebecca Gold and S. Asher Gelman ’06 through the March Forth Foundation.

About the Fisher Center
The Fisher Center develops, produces, and presents performing arts across disciplines through new productions and context-rich programs that challenge and inspire. As a premier professional performing arts center and a hub for research and education, the Fisher Center supports artists, students, and audiences in the development and examination of artistic ideas, offering perspectives from the past and present as well as visions of the future. The Fisher Center demonstrates Bard’s commitment to the performing arts as a cultural and educational necessity. Home is the Fisher Center for the Performing Arts, designed by Frank Gehry and located on the campus of Bard College in New York’s Hudson Valley. The Fisher Center offers outstanding programs to many communities, including the students and faculty of Bard College, and audiences in the Hudson Valley, New York City, across the country, and around the world. Building on a 162-year history as a competitive and innovative undergraduate institution, Bard is committed to enriching culture, public life, and democratic discourse by training tomorrow’s thought leaders.

The Center presents more than 200 world-class events and welcomes 50,000 visitors each year. The Fisher Center supports artists at all stages of their careers and employs more than 300 professional artists annually. The Fisher Center is a powerful catalyst of art-making regionally, nationally, and worldwide. Every year it produces 8 to 10 major new works in various disciplines. Over the past five years, its commissioned productions have been seen in more than 100 communities around the world. During the 2018–2019 season, six Fisher Center productions toured nationally and internationally. In 2019, the Fisher Center won the Tony Award for Best Revival of a Musical for Daniel Fish’s production of Oklahoma!, which began its life in 2007 as an undergraduate production at Bard and was produced professionally in the Fisher Center’s SummerScape Festival in 2015 before transferring to New York City.