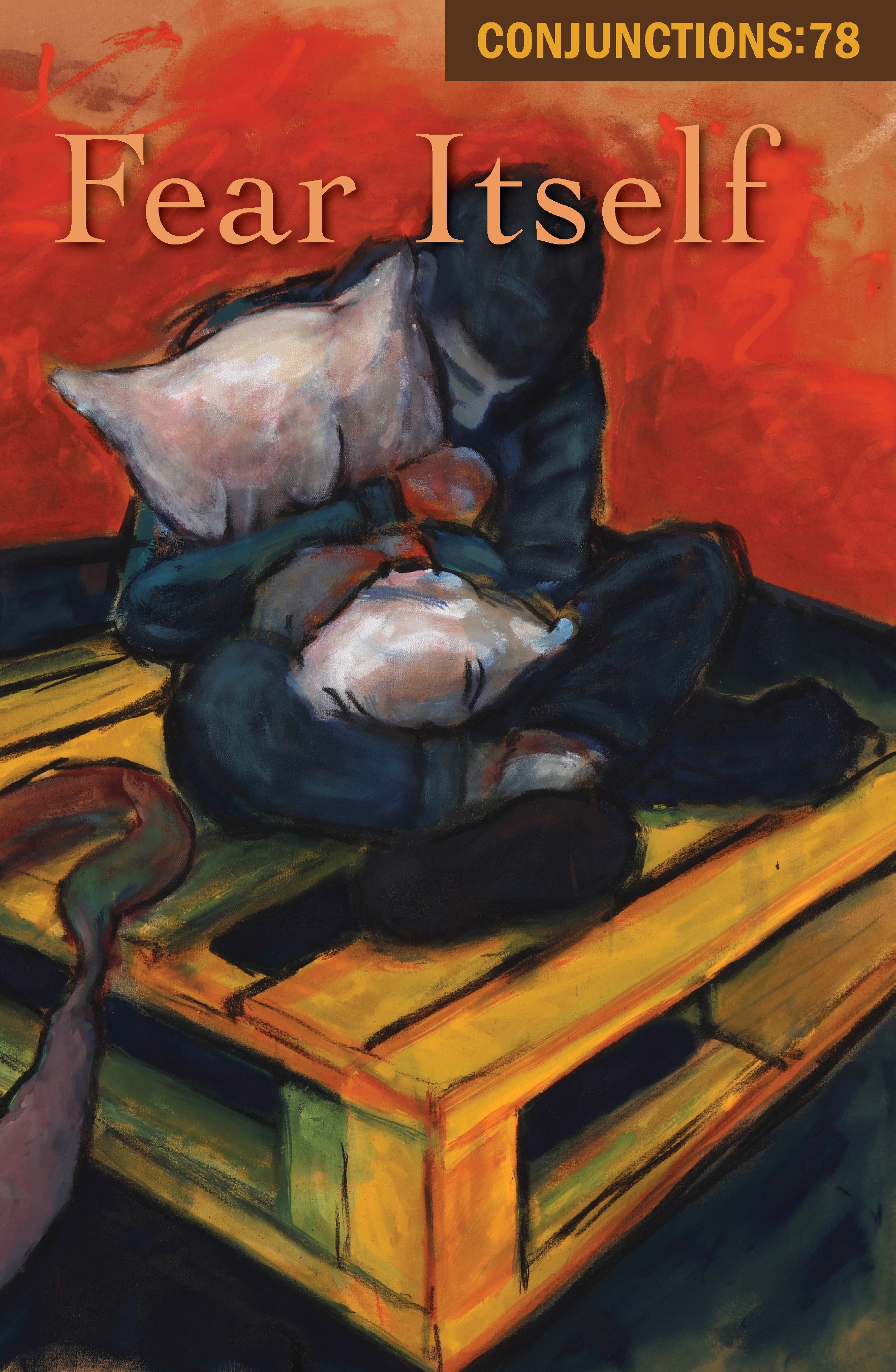 Conjunctions:78, Fear Itself Features New Work from Stephen Graham Jones, Bronka Nowicka, Coral Bracho, Shane McCrae, Rick Moody, Kathryn Davis, Jeffrey Ford, Joyce Carol Oates, and Many Others
ANNANDALE-ON-HUDSON, N.Y.—Humans have a genius for fear. Terrors of every imaginable kind surround us, as often as not the wily demons of our own creation, and grow more ghastly, untenable, and malignant with every passing generation. “Whether founded in truth or imagination, fear has a toxic genius for pervading our lives,” writes Conjunctions editor Bradford Morrow. “It has many faces and many means of forcing itself upon us.”

Conjunctions:78, Fear Itself—the latest issue of the innovative literary magazine published by Bard College, which is now celebrating more than 40 years of continuous publication—collects fiction, poetry, essays, and genre-bending work from 30 contemporary writers who are willing to interrogate the wide spectrum of apprehensions, terrors, and dread we humans experience. “War, inequality, abandonment, an evolving climate catastrophe born of the relentless degradation of our planet, this tenacious pandemic, the unknown—such are only a few realities that daily generate existential fear . . . ” Morrow continues in his Editor’s Note. “Yet fear is ubiquitous in our myths and fairy tales, songs and theater, art and literature, and the historical legacies of every culture. Fear and its many nemeses—confidence, bravery, faith among them—are locked in a mortal dance in every narrative humans create, both in life and on the page.”

For more information on the latest issue, please visit conjunctions.com/print/archive/conjunctions78. To order a copy, go to annandaleonline.org/conjunctions, call the Conjunctions office at 845-758-7054, email [email protected], or write to Conjunctions, Bard College, PO Box 5000, Annandale-on-Hudson, NY 12504-5000. Visit the Conjunctions website at conjunctions.com.
#
About Bard College
Founded in 1860, Bard College is a four-year, residential college of the liberal arts and sciences located 90 miles north of New York City. With the addition of the Montgomery Place estate, Bard’s campus consists of nearly 1,000 parklike acres in the Hudson River Valley. It offers bachelor of arts, bachelor of science, and bachelor of music degrees, with majors in more than 40 academic programs; graduate degrees in 13 programs; eight early colleges; and numerous dual-degree programs nationally and internationally. Building on its 161-year history as a competitive and innovative undergraduate institution, Bard College has expanded its mission as a private institution acting in the public interest across the country and around the world to meet broader student needs and increase access to liberal arts education. The undergraduate program at our main campus in upstate New York has a reputation for scholarly excellence, a focus on the arts, and civic engagement. Bard is committed to enriching culture, public life, and democratic discourse by training tomorrow’s thought leaders. For more information about Bard College, visit bard.edu.
###