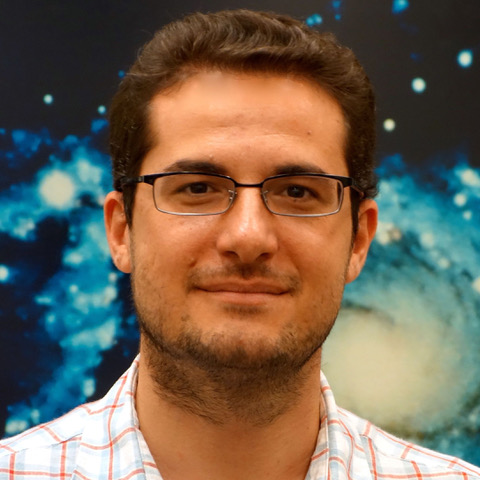 ANNANDALE-ON-HUDSON, N.Y.—Bard College has received a $210,000 grant from the National Science Foundation (NSF) in support of Assistant Professor of Physics Antonios Kontos’s proposal “Research in Light Scattering Metrology for Gravitational Wave Optics.” The three-year NSF grant supports his continuing research, summer research assistants, and equipment. All research projects are to be carried out with the engagement of Bard undergraduate and local area high school students, who will be hired as summer research assistants, and provide opportunities to gain invaluable experience in pursuing careers in technology and academia.

“This NSF grant will ensure that Bard continues to contribute to the fascinating new field of gravitational wave astronomy and that our students will continue to engage in cutting edge research in optics,” says Kontos.

The NSF award supports Kontos’s research in gravitational wave (GW) detector instrumentation, one of the most important leaps in scientific progress in recent years. The Laser Interferometer Gravitational-wave Antenna (LIGO) project has given scientists the ability to observe the universe in a completely new way. Unlike conventional telescopes which use the light emitted by stars and galaxies to learn their properties and their place in the universe, GW detectors use gravitational waves which are similarly emitted by many astrophysical objects.

Gravitational-waves are ripples in spacetime that travel to Earth, and cause the detectors to essentially change in size. To do that, the LIGO detectors require state-of-the-art mirrors, which are used to sense the stretching of space. Improvements in mirror design will allow observers to look further into space, and detect more of these GW signals.

Kontos’s proposed project will aid in pushing the mirror technology, by utilizing light scattering as a tool to study mirror coatings. Specifically, an important aspect of mirror quality is the presence of defects which scatter light and inhibit the operation of the LIGO detectors. Defects may sometimes develop on the mirror surface with time, but the process is not always understood. This research project is designed to study defects on mirrors so that we can ultimately improve LIGO’s sensitivity and improve our understanding of space, time, matter, energy, and their interactions.
#
About the National Science Foundation
The National Science Foundation (NSF) is an independent federal agency created by Congress in 1950 "to promote the progress of science; to advance the national health, prosperity, and welfare; to secure the national defense..." NSF is vital because we support basic research and people to create knowledge that transforms the future. This type of support is a primary driver of the U.S. economy, enhances the nation’s security, and advances knowledge to sustain global leadership. With an annual budget of $8.8 billion (FY 2022), we are the funding source for approximately 25% of all federally supported basic research conducted by America's colleges and universities. In many fields such as mathematics, computer science and the social sciences, NSF is the major source of federal backing. For more information, visit nsf.gov.