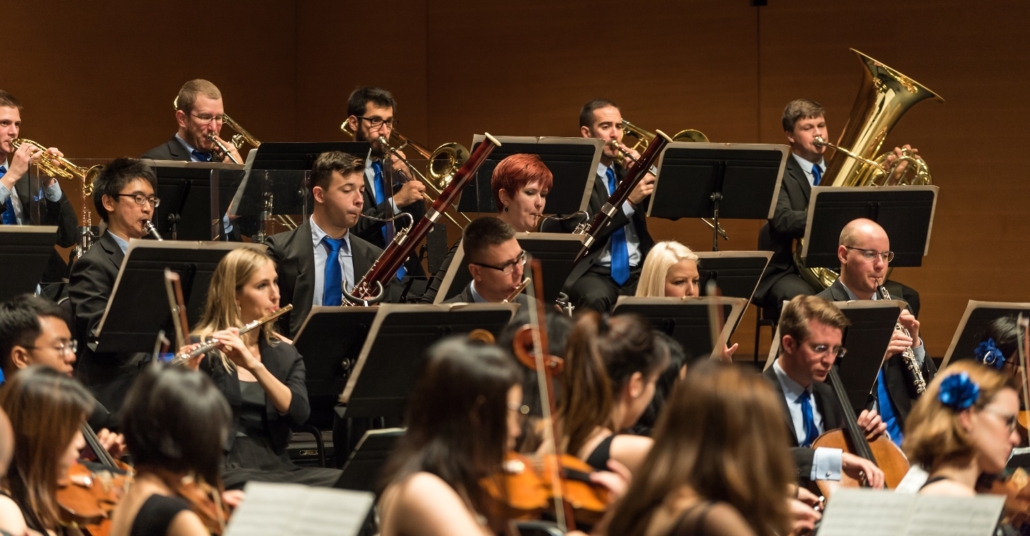 The Orchestra Now (TŌN) at the Fisher Center at Bard College. Photo by Matt Dine


Annandale-on-Hudson, New York, September 1, 2022 — The Orchestra Now (TŌN) will launch its 2022-23 season at the Fisher Center at Bard on September 10–11 with a program that includes Mahler’s Fifth Symphony, George Walker’s Pulitzer Prize-winning Lilacs, and Bard faculty member Joan Tower’s Concerto for Flute. Under the leadership of founder and Music Director Leon Botstein, the season will present creative combinations of both well-known and less familiar repertoire in 15 performances of eight different programs. All programs will be livestreamed on The Orchestra Now’s website, ton.bard.edu.

Highlights include two Carnegie Hall preview concerts, one offering the U.S. premiere of a new restoration of Viennese composer Hugo Kauder’s First Symphony (October 29-30 at Fisher Center and November 3 at Carnegie Hall) and a second examining Eastern European music through the rise and fall of Soviet communism (April 29-30 at Fisher Center and May 4 at Carnegie Hall). There will also be special presentations of Beethoven’s Missa solemnis (March 4-5) and Gilbert & Sullivan’s Iolanthe led by TŌN Associate Conductor James Bagwell (April 1-2), as well as a free concert at Daniel Arts Center at Bard College at Simon’s Rock with guest conductor Andres Rivas (November 20).

The Orchestra welcomes 37 new members to its eighth season, for a total of 62 musicians from 13 countries. Since it launched in 2015, TŌN has performed 576 works by 275 composers in 36 venues for more than 76,000 live and virtual concertgoers, with 298 soloists and 26 conductors.

Conductor and Music Director Leon Botstein highlights four German and Austrian composers of the early 20th century whose music was unfairly ignored or suppressed during and following World War II. The evening opens with Adolph Busch’s Variations on an Original Theme, performed in an orchestration by his grandson, the late Peter Serkin, who was on the piano faculty at Bard. Busch’s original work, for piano four-hands, was composed in 1944 as a gift to his wife. The work was a favorite of Peter's and his father Rudolf Serkin, which they enjoyed playing together. Peter, later in his life, began investigating the music written by his grandfather and was attracted by the potential of the variations in an orchestral version, an idea that interested Leon Botstein. Peter Serkin worked on the project shortly before he passed away in 2020.

The program continues with Walter Braunfels’ Sinfonia brevis. A Frankfurt native, Braunfels was director of the Cologne Academy of Music from 1945 to 1950 but was removed during the rise of Nazi power for being half-Jewish and composing what the regime considered degenerate music. Leon Botstein then leads Hans Apostel’s version of Variations on a Theme by Haydn. Apostel was a modernist and student of Schoenberg. TŌN is partnering with the Hugo Kauder Society to debut a new restoration of the Viennese composer’s First Symphony. A self-taught composer, Kauder left Vienna when the Nazis took over Austria, and ended up in the U.S., where he made his living writing music and teaching music theory, composition, and violin in New York City until his death in 1972.

Tickets: This concert is FREE, no tickets necessary, advance RSVP suggested. Check ton.bard.edu for RSVP information.Concertgoers will need to comply with health and safety requirements at the venue.

Just in time for Valentine’s Day, Leon Botstein and The Orchestra Now kick off the spring 2023 season with a romantic concert featuring Berlioz’s epic tale of an artist’s passion for a beautiful woman, Symphonie fantastique, and Henselt’s beautiful Piano Concerto, which was debuted by Clara Schumann in 1844.

Leon Botstein leads The Orchestra Now and the Bard Festival Chorale in a performance of one of only three sacred works Beethoven ever wrote, the Missa solemnis.

Canadian conductor Naomi Woo, the Assistant Conductor of the Winnipeg Symphony Orchestra was named one of the “Top 30 Classical Musicians under 30” by the CBC in 2019. Her program includes a Bartók violin concerto with Lincoln Center Emerging Artist Award winner Stella Chen, and beloved works by Ravel.

Carnegie Hall Preview: Before and After Soviet Communism
This program will be performed at Carnegie Hall on May 4.
Saturday, April 29, 2023 at 7 PM
Sunday, April 30 at 2 PM
Leon Botstein, conductor
Karol Szymanowski: Songs of the Infatuated Muezzin
György Kurtág: ...concertante...
Boris Tishchenko: Symphony No. 5

Leon Botstein unearths seldom-heard masterpieces in this concert examining Eastern European music through the rise and fall of Soviet communism. Szymanowski’s 1918 Songs of the Infatuated Muezzin was written during a time when the composer’s interests turned towards exoticism. A song cycle for voice and piano, it is based on texts from the Polish poet Jaroslaw Iwaszkiewicz and evokes the improvisational cry of the men who call Muslims to prayer. Russian composer Boris Tishchenko’s Fifth Symphony is dedicated to Shostakovich in response to the death of his teacher, colleague, and friend. Hungarian composer György Kurtág’s early-21st-century ...concertante… consists of a single movement plus a coda scored for large orchestra and two string soloists with a wide range of tonal color. Premiered in 2003 by the Danish National Symphony Radio Orchestra, the work won the University of Louisville Grawemeyer Award for Music Composition

Tickets $25–$40; 5-concert subscription at 35% off. Choose your own subscription (mix and match 3 or more from all 8 concerts) at 25% off. All available online at fishercenter.bard.edu, or by calling the Fisher Center at 845.758.7900. Ticket holders will need to comply with the venue’s health and safety requirements, which can be found here.

The Orchestra Now
The Orchestra Now (TŌN) is a group of 62 vibrant young musicians from 13 different countries across the globe: Brazil, China, Colombia, France, Hong Kong, Hungary, Japan, Korea, Mongolia, Peru, Singapore, Taiwan, and the United States. All share a mission to make orchestral music relevant to 21st-century audiences by sharing their unique personal insights in a welcoming environment. Hand-picked from the world’s leading conservatories—including the Yale School of Music, Shanghai Conservatory of Music, Royal Academy of Music, and the New England Conservatory of Music—the members of TŌN are enlightening curious minds by giving on-stage introductions and demonstrations, writing concert notes from the musicians’ perspective, and having one-on-one discussions with patrons during intermissions.

For upcoming activities and more detailed information about the musicians, visit ton.bard.edu.

Recordings include acclaimed recordings of Othmar Schoeck’s Lebendig begraben with TŌN, Hindemith’s The Long Christmas Dinner with the ASO, a Grammy-nominated recording of Popov’s First Symphony with the London Symphony Orchestra, and other various recordings with TŌN, ASO, the London Philharmonic, NDR Orchestra Hamburg, and JSO, among others. He is editor of The Musical Quarterly and author of numerous articles and books, including The Compleat Brahms (Norton), Jefferson’s Children (Doubleday), Judentum und Modernität (Bölau), and Von Beethoven zu Berg (Zsolnay). Honors include Harvard University’s prestigious Centennial Award; the American Academy of Arts and Letters award; and Cross of Honor, First Class, from the government of Austria, for his contributions to music. Other distinctions include the Bruckner Society’s Julio Kilenyi Medal of Honor for his interpretations of that composer’s music, the Leonard Bernstein Award for the Elevation of Music in Society, and Carnegie Foundation’s Academic Leadership Award. In 2011, he was inducted into the American Philosophical Society.