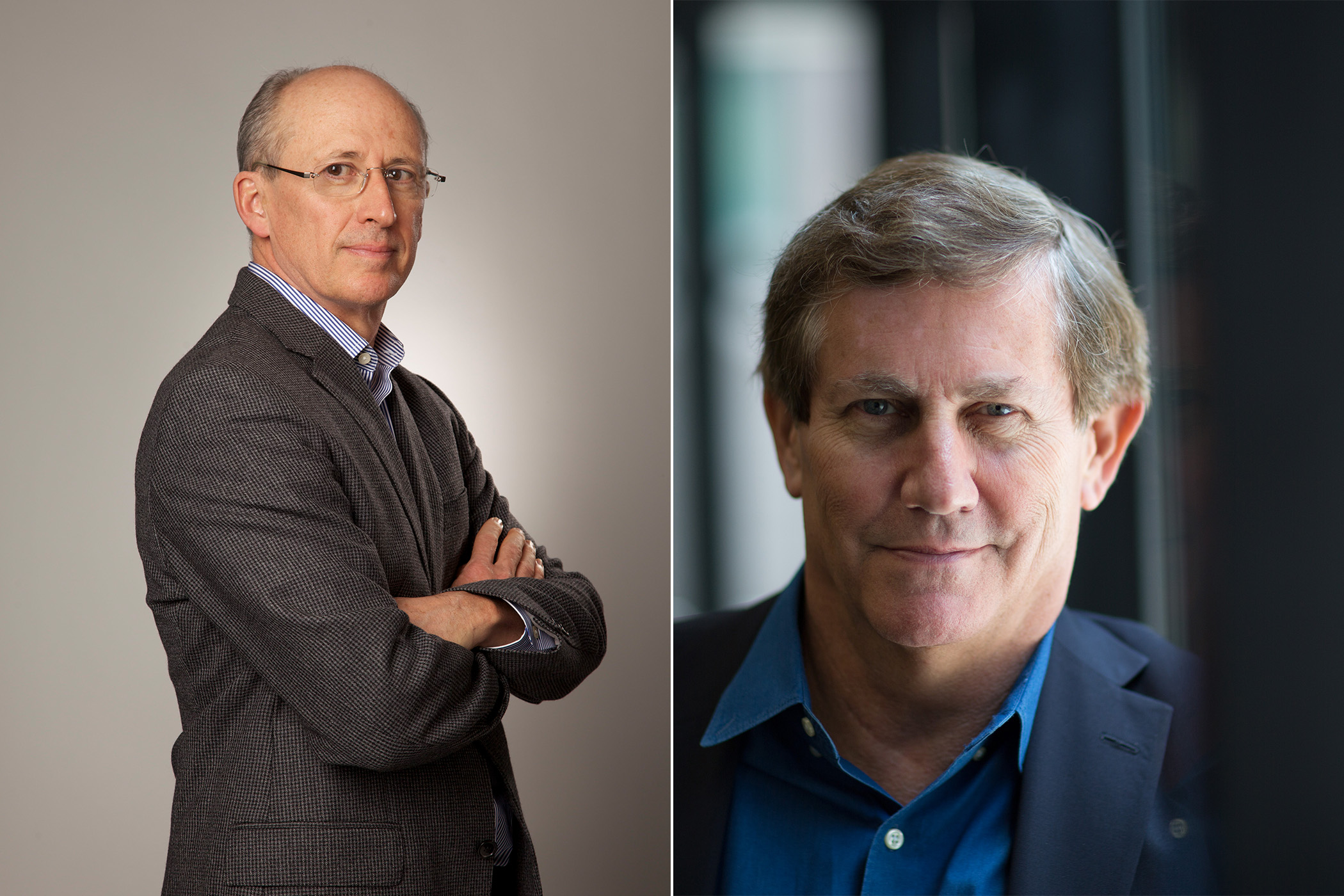 ANNANDALE-ON-HUDSON, N.Y.— On Monday, October 24, acclaimed author, political analyst, documentary filmmaker, and Emmy and Peabody Award–winning former 60 Minutes producer Chris Whipple and prize-winning journalist and contributing editor at Fortune magazine Brian Dumaine will present a talk, “From the Oval Office to the Corner Office: What we have learned about presidents and plutocrats,” at Bard College as part of the John J. Curran ’75 Lectures in Journalism Series. Whipple and Dumaine will be introduced by Bard alumnus Ethan Porter ’07, author of The Consumer Citizen and associate professor of media and public affairs and of political science at George Washington University. This lecture is presented by the Office of Development and Alumni/ae Affairs and the Written Arts Program.

Chris Whipple, an author, political analyst, and documentary filmmaker, has been called “an indispensable observer of American power.” He is the author of the New York Times bestseller, The Gatekeepers: How the White House Chiefs of Staff Define Every Presidency, and The Spymasters: How the CIA Directors Shape History and the Future. He appears regularly on MSNBC, CNN, and NPR, and has written for The New York Times, Washington Post, and Vanity Fair. A former producer for CBS News 60 Minutes, Whipple is the executive producer and writer of the Showtime film The Spymasters: CIA in the Crosshairs, for which he interviewed every living director. His next, highly-anticipated book, is The Fight of His Life: Inside Joe Biden’s White House, an insider’s look at how President Biden and his team have battled to achieve their agenda—based on the author’s extraordinary access to the White House during nearly two years of domestic and foreign crises. It will be published January 17, 2023.

Brian Dumaine is the author of Bezonomics: How Amazon Is Changing Our Lives and What The World’s Best Companies Are Learning From It, which has been translated into 17 languages and was called “an illuminating exploration” by the Washington Post. He is an award-winning journalist and a contributor to Fortune magazine, where he has been editing, writing feature stories, and running conferences on a broad range of business topics for the past three decades. He has served as international editor and assistant managing editor of Fortune as well as executive editor of Fortune Small Business, a magazine for entrepreneurs with a circulation of one million readers. He is also co-founder and editor-in-chief of High Water Press, a boutique writing and editing firm that serves Fortune 500 companies.

This event takes place on Monday, October 24 with a reception at 5:00 pm to be followed by the lecture at 5:15pm in the Bito Auditorium of the Reem-Kayden Center on Bard’s Annandale-on-Hudson’s campus. It is free and open to the public.

As part of the series, Whipple and Dumaine will also speak in New York City in the spring of 2023.

The John J. Curran ’75 Lectures in Journalism honor the memory of a proud Bardian whose dedication to ethical reporting in journalism informed a trusting readership for over a quarter of a century and promoted a culture of honesty, integrity, and truth.
#