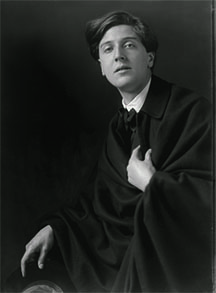 “…a festival that is part boot camp for the brain, part spa for the spirit.”

ANNANDALE-ON-HUDSON, N.Y. – The 21st annual Bard Music Festival opens here on Friday, August 13 for Weekend One: Berg and His World – Berg and Vienna. Leon Botstein, co-artistic director of Bard SummerScape and the Bard Music Festival, delivers a pre-concert talk entitled “Alban Berg: The Path of Expressive Intensity,” which is followed by a chamber program tracing Berg’s stylistic development from early works like the Seven Early Songs (1905-08) to the maturity of his Lyric Suite (1925-26). While usually hailed as a pioneer of the modernist movement along with Schoenberg and Webern, at the Bard Music Festival Berg is considered in a richer and more nuanced context as a child of Johann Strauss II’s Vienna, and a contemporary of composers including Mahler, Zemlinsky, Pfitzner, Reger, Busoni, Karl Weigl, and Korngold. Each of the six concerts is augmented by a pre-concert talk by a distinguished scholar, namely Byron Adams, Antony Beaumont, Mark DeVoto, Christopher H. Gibbs, Sherry D. Lee, and Botstein himself; Botstein also leads the resident American Symphony Orchestra in the weekend’s two orchestral programs. Singers Christiane Libor, Christine Goerke, Marnie Breckenridge, and Thomas Meglioranza; pianists Jeremy Denk, Alessio Bax, and Danny Driver; the Daedalus Quartet; and violinists Akiko Suwanai and Soovin Kim are among the many notable musicians who perform.

During this first weekend (a second follows on August 20-22), additional events shed further light on Berg and Vienna, contextualizing the composer within the cultural melting pot he shared with Schoenberg, Mahler, and Freud. Bard Music Festival audiences may take in a panel discussion on “Berg: His Life and Career” and attend a performance with commentary on “Eros and Thanatos,” the conflicting drives that Freud identified as governing human nature. “The Orchestra Reimagined” – the weekend’s final program, on Sunday at 5:30 pm – features Berg’s Kammerkonzert of 1923-25, his first work to use a tone row, alongside similarly pared-down orchestral works by Schoenberg, Busoni, and Hindemith; round-trip transportation by coach from Columbus Circle for this performance is available (call 845-758-7900 for details).

Rarities offered over the weekend include early works by Berg and Webern; the music of Alma Mahler; and compositions by Berg and Schoenberg’s students, among them the eminent philosopher and sociologist Theodor Adorno.

The Wall Street Journal has observed that the Bard Music Festival “has long been one of the most intellectually stimulating of all American summer festivals and frequently is one of the most musically satisfying.” Reviewing a previous season of the festival, a critic for the New York Times reported, “As impressive as many of the festival performances were, they were matched by the audience’s engagement: strangers met and conversed, analyzing the music they’d heard with sophistication, and a Sunday-morning panel discussion of gender issues in 19th-century culture drew a nearly full house.  All told, it was a model for an enlightened society.”

Complete programs for Weekend One of the 2010 Bard Music Festival follow.

Program details of Bard Music Festival, “Berg and His World”

In memory of George Perle

Berg: His Life and Career

The Vienna of Berg’s Youth

Weekend Two of “Berg and His World” takes place at Bard on August 20-22.

The Bard SummerScape Festival is made possible through the generous support of the Advisory Boards of the Richard B. Fisher Center for the Performing Arts and the Bard Music Festival, and the Friends of the Fisher Center.

Tickets for all Bard SummerScape events are now on sale.

For tickets and further information on all SummerScape events, call the Fisher Center box office at 845-758-7900 or visit www.fishercenter.bard.edu.

All program information is subject to change.