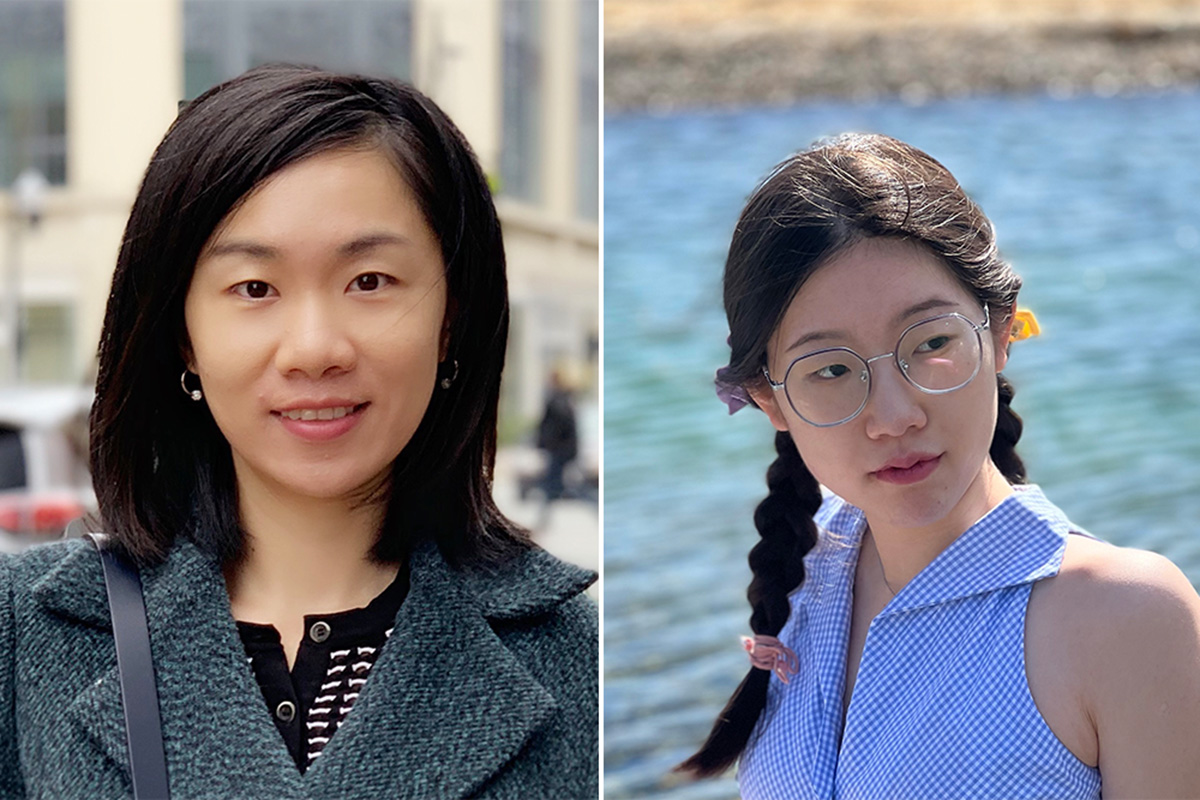 Assistant Professor of Physics Shuo Zhang and Rose Xu ’23 Present Research at the 2023 American Astronomical Society Press Conference
ANNANDALE-ON-HUDSON, N.Y.—Bard College Assistant Professor of Physics Shuo Zhang and Bard mathematics and dance major Rose Xu ’23 were invited by the American Astronomical Society (AAS) to present their most recent findings on new x-ray flares from the now inactive supermassive black hole at the center of our Milky Way galaxy. Their talk, “Detection of Seven High-Energy X-ray Flares from the Milky Way’s Supermassive Black Hole,” is being presented at the 241st AAS press conference on Thursday, January 12 from 5:15pm to 6:15pm ET, in person in Seattle and virtually via Zoom and YouTube livestream. For more information about the 241st AAS press conference, click here.

The center of the Milky Way galaxy harbors the nearest supermassive black hole Sgr A* to Earth, with forty million times the mass of the Sun. Although being in an inactive status nowadays, Sgr A* demonstrates mysterious flares almost every single day, which could come from magnetic phenomena. We are sitting in the front row of these cosmic fireworks. Using 2 Ms data from NASA’s NuSTAR X-ray telescope, our math senior Rose Xu, working with Bard physics professor Shuo Zhang, has discovered seven new hard X-ray flares that took place between 2016 and 2022. This new result doubled the current database of bright Sgr A* X-ray flares, and can help to answer long-standing questions in flare physics, such as: What are the physical mechanisms behind Sgr A* flare? Do bright flares and faint flares share the same origin?

Watch the Presentation at the American Astronomical Society Press Conference

“Astronomers are in the exhilarating process of revealing the physical conditions at the vicinity of our own supermassive black hole, which I couldn’t imagine myself being involved in before meeting professor Shuo Zhang. Solving practical problems from a liberal arts perspective is a skill that I am grateful to gain here at Bard College,” said Xu.

About Bard College
Founded in 1860, Bard College is a four-year, residential college of the liberal arts and sciences located 90 miles north of New York City. With the addition of the Montgomery Place estate, Bard’s campus consists of nearly 1,000 parklike acres in the Hudson River Valley. It offers bachelor of arts, bachelor of science, and bachelor of music degrees, with majors in more than 40 academic programs; graduate degrees in 11 programs; nine early colleges; and numerous dual-degree programs nationally and internationally. Building on its 162-year history as a competitive and innovative undergraduate institution, Bard College has expanded its mission as a private institution acting in the public interest across the country and around the world to meet broader student needs and increase access to liberal arts education. The undergraduate program at our main campus in upstate New York has a reputation for scholarly excellence, a focus on the arts, and civic engagement. Bard is committed to enriching culture, public life, and democratic discourse by training tomorrow’s thought leaders. For more information about Bard College, visit bard.edu.
###