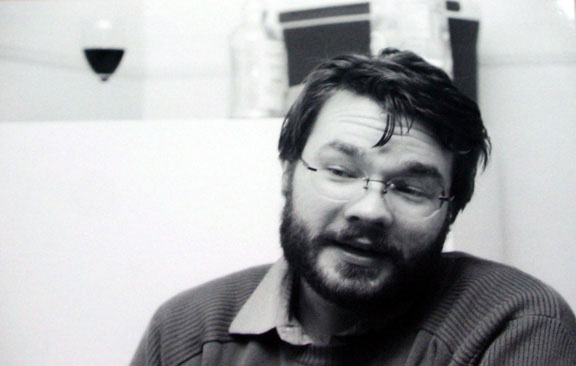 ANNANDALE-ON-HUDSON, N.Y.—Author Benjamin Hale has been selected to receive the annual Bard Fiction Prize for 2012. The prize, established in 2001 by Bard College to encourage and support promising young fiction writers, consists of a $30,000 cash award and appointment as writer in residence at the College for one semester. Hale is receiving the prize for his debut novel, The Evolution of Bruno Littlemore (Twelve, 2011). Hale will be writer in residence at Bard College for the spring 2012 semester, where he will continue his writing, meet informally with students, and give a public reading.

The Bard Fiction Prize committee writes: Benjamin Hale is a rare young writer, whose work is not only precocious but takes an evolutionary leap. Grounded in classical learning and the wisdom of literary predecessors, his debut novel swings valiantly through the trees with diction and vigor that are completely his own. The Evolution of Bruno Littlemore dares to speak in the voice of a chimpanzee: an articulate and morally engaged one, at that. This beast becomes the mouthpiece for literary humanism, and embodies as well the fierce problematic of the marginal—speaking up for life’s outsiders. Yet the heart that beats beneath Bruno’s savage breast is the novel’s most fiercely recognizable achievement. The central, scandalous love story stands in for all passions that dare not speak their name. No human could tell it so truthfully.

Benjamin Hale is a graduate of the Iowa Writers’ Workshop, where he received a Provost’s Fellowship to complete his novel The Evolution of Bruno Littlemore, which went on to win a Michener-Copernicus Award and was published by Twelve in January 2011. It has been called “a brilliant, unruly brute of a book” by the Washington Post, “an absolute pleasure” by the New York Times Book Review, and “a brave and visionary work of genius” by the San Francisco Chronicle. Hale has been a night-shift baker, a security guard, a trompe l’oeil painter, a cartoonist, an illustrator and a technical writer. He grew up in Colorado and now lives in New York City.

The creation of the Bard Fiction Prize, presented each October, continues Bard’s long-standing position as a center for creative, groundbreaking literary work by both faculty and students. From Saul Bellow, William Gaddis, Mary McCarthy, and Ralph Ellison to John Ashbery, Philip Roth, William Weaver, and Chinua Achebe, Bard’s literature faculty, past and present, represents some of the most important writers of our time. The prize is intended to encourage and support young writers of fiction to pursue their creative goals and provide an opportunity to work in a fertile and intellectual environment. Last year’s Bard Fiction Prize was awarded to writer Karen Russell for her book, St. Lucy’s Home for Girls Raised by Wolves (Random House, 2006).


ABOUT THE BARD FICTION PRIZE
The Bard Fiction Prize is awarded to a promising, emerging writer who is an American citizen aged 39 years or younger at the time of application. In addition to the monetary award, the winner receives an appointment as writer in residence at Bard College for one semester, without the expectation that he or she teach traditional courses. The recipient gives at least one public lecture and meets informally with students. To apply, candidates should write a cover letter explaining the project they plan to work on while at Bard and submit a C.V., along with three copies of the published book they feel best represents their work. No manuscripts will be accepted. Applications for the 2013 prize must be received by July 15, 2012. For information about the Bard Fiction Prize, call 845-758-7087, send an e-mail to bfp@bard.edu, or visit www.bard.edu/bfp. Applicants may also request information by writing to the Bard Fiction Prize, Bard College, Annandale-on-Hudson, NY 12504-5000.