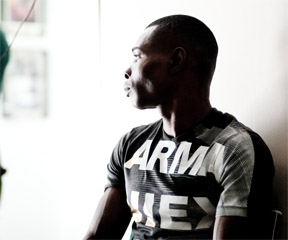 
“The goal of the conference is to create conversation about Cuba, raising awareness of the country as an important study in history, exile, and the ongoing question of human rights,” says Edie Meidav, Bard College writer in residence and conference organizer. “Fidel lies on his deathbed, as ever, and what happens in the next year or two in terms of Cuba’s relation to the U.S. and vice versa will exert tremendous force upon our future foreign policy. We in New York, or, more specifically, the Hudson Valley, are not immune to the waves of change which change in Cuba will bring.”

Conference highlights include a keynote address by MacArthur Fellow, anthropologist, and writer Ruth Behar, Professor of Anthropology at the University of Michigan, and Carlos Eire, Riggs Professor of History and Religious Studies at Yale University and author of Waiting for Snow in Havana; a screening and discussion of the documentary film, “Split Decision,” about the defection of Cuban boxing legend Guillermo Rigondeaux, with filmmaker Brin-Jonathan Butler; and a panel discussion, “A Death Foretold, Cuba Today & Tomorrow” moderated by Meidav. Participants include Scott Price, award-winning journalist and author of Pitching Around Fidel: A Journey into the Heart of Cuban Sports (2000).

“Given the presence of Butler and Price, the conference offers a lens on the strange international smuggling of sports players, one which is a form of modern-day, and overlooked human trafficking, so what transpires should prove interesting to anyone interested in either sports or human rights,” says Meidav. “Finally, the speakers in the panel represent a full range of political opinion on Castro’s Cuba, so there is sure to be some interesting dialogue.”

This conference is sponsored by The Hannah Arendt Center, the Written Arts Program, the Office of the Dean at Bard College, Latin American and Iberian Studies at Bard, The Anthropology Department at Bard College, La Voz, the Human Rights Project, Bard Institute for International Liberal Education, and the Trustee Leader Scholar program at Bard College.

Ruth Behar was born in Havana, Cuba, and grew up in New York. She is the Victor Haim Perera Collegiate Professor of Anthropology at the University of Michigan, USA. Among her honors, she is the recipient of a MacArthur “genius” Award, a John Simon Guggenheim Fellowship, and a Distinguished Alumna Award from Wesleyan University. Ruth has lived and worked as an ethnographer in Spain, Mexico, and Cuba, and is known for her humanistic approach to the understanding of identity, immigration, travel, and the search for home in our global era. Her books include The Presence of the Past in a Spanish Village; Translated Woman: Crossing the Border with Esperanza’s Story; The Vulnerable Observer: Anthropology That Breaks Your Heart; and An Island Called Home: Returning to Jewish Cuba. She is the co-editor of Women Writing Culture, a central text in debates about the literary turn in anthropology. Seeking to create a forum for dialogue between island and diaspora Cubans, she edited Bridges to Cuba/Puentes a Cuba, and co-edited The Portable Island: Cubans at Home in the World. Her documentary film, Adio Kerida/Goodbye Dear Love: A Cuban Sephardic Journey, has been shown in festivals around the world. As a public speaker, she has been invited to discuss her work in universities and public venues across the United States and Canada, and in locations as diverse as Argentina, Mexico, Cuba, Spain, Finland, Israel, Poland, England, the Netherlands, Japan, and New Zealand. She received her B.A. in Letters (1977) from Wesleyan University, M.A. (1980) and Ph.D. in Cultural Anthropology (1983) from Princeton University. As much a provocative scholar as a creative writer, Ruth is also known for her essays, poetry, and fiction. Her literary work can be found in King David’s Harp: Autobiographical Essays by Jewish Latin American Writers; Telling Stories: An Anthology for Writers; Burnt Sugar/Caña Quemada: Contemporary Cuban Poetry in English and Spanish; and The Norton Anthology of Latino Literature. For further information on Ruth’s work, please visit her website (www.ruthbehar.com)

Split Decision is Brin-Jonathan Butler’s documentary on the life of boxing legend Gullermo Rigondeaux, chronicling his fall from Cuban hero to Fidel Castro’s “traitor,” before risking his life to escape 90 miles on a smuggler’s boat to pursue the American Dream in the hopes of retrieving his family. The documentary profiles Cuban boxing champions who turned down millions to leave, including 3-time Olympic champions Teofilo Stevenson and Felix Savon as well as following the life of Rigondeaux in America. Split Decision explores both the Cuban and American dream from the perspective of a human life navigating the troubled waters of boxing’s role in both societies and asks the question of viewers, “Is it better to be held hostage by Fidel Castro or the American Dream?”

Born in Havana in 1950, Carlos Eire left his homeland in 1962, one of fourteen thousand unaccompanied children airlifted out of Cuba by Operation Pedro Pan. After living in a series of foster homes in Florida and Illinois, he was reunited with his mother in Chicago in 1965. His father, who died in 1976, never left Cuba. After earning his Ph.D. at Yale University in 1979, Carlos Eire taught at St. John's University in Minnesota for two years and at the University of Virginia for fifteen. He is now the T. Lawrason Riggs Professor of History and Religious Studies at Yale University, and specializes in the social, intellectual, religious, and cultural history of late medieval and early modern Europe, with a strong focus on both the Protestant and Catholic Reformations; the history of popular piety; and the history of death. He is the author of War Against the Idols: The Reformation of Worship From Erasmus to Calvin (1986); From Madrid to Purgatory: The Art and Craft of Dying in Sixteenth Century Spain (1995); A Very Brief History of Eternity (2010); and co-author of Jews, Christians, Muslims: An Introduction to Monotheistic Religions (1997). He has also ventured into the twentieth century and the Cuban Revolution in the memoir Waiting for Snow in Havana (2003), which won the National Book Award in Nonfiction in the United States (2003) and has been translated into more than a dozen languages—but is banned in Cuba. His latest memoir, Learning to Die in Miami (2010), explores the exile experience.

Edie Meidev is the author of the forthcoming novel Dogs of Cuba and the novels Lola, California (FSG), Crawl Space (FSG) and The Far Field: A Novel of Ceylon (Houghton Mifflin). Her work has received citations such as the Bard Fiction Prize, a Lannan Fellowship, a Howard Fellowship, the Kafka Award for Best Novel by an American Woman, a Fulbright in Sri Lanka. Former director of the MFA program in writing at New College of California, she is writer in residence at Bard College.

Scott (S.L.) Price’s prose has graced the pages of Sports Illustrated since 1994. Of Price’s work, The New York Times said, “The seasoned reporter—is a master of the new journalism developed by Hunter Thompson, Gay Talese and Price’s personal paragon, Pete Hamill. Whenever he writes about sports —or about the craft of writing—he hits it over the fence.” A graduate of the University of North Carolina, where he covered the 1983 Tar Heels team featuring Michael Jordan, Price has received multiple honors for his journalism, including two Associated Press Sports Editors awards, two National Headliner awards and awards from the National Association of Black Journalists and the Women’s Sports Foundation. Price’s work has been featured in The Best American Sports Writing anthology on six occasions. He is the author of Pitching Around Fidel: A Journey into the Heart of Cuban Sports (2000), which was a finalist for The Los Angeles Times Book Award, Far Afield: A Sportswriting Odyssey (The Lyons Press 2007), and Heart of the Game: Life, Death and Mercy in Minor League America (Harper Collins 2009). Esquire magazine tagged Far Afield as “one of the year's five best reads” while the Chicago Tribune called the book “a masterpiece.” Price was an award-winning columnist and feature writer for The Miami Herald, a columnist and NBA beat writer for The Sacramento Bee, and has also written for Vanity Fair and The New York Times.