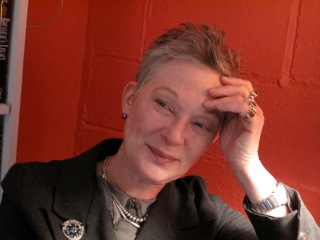 CAPTION INFO: Ann Lauterbach, esteemed poet and the Schwab Professor of Languages and Literature at Bard College, has been named the Pearl Andelson Sherry Memorial Poet by the Creative Writing Program at the University of Chicago.  Image Credit: Marina Van Zuylen

ANNANDALE-ON-HUDSON, N.Y.—Ann Lauterbach, esteemed poet and the Schwab Professor of Languages and Literature at Bard College, has been named the Pearl Andelson Sherry Memorial Poet by the Creative Writing Program at the University of Chicago. From October 16 to 18, Lauterbach will be a distinguished guest to the university, where she will work with students and present the Pearl Andelson Sherry Memorial Poetry Reading and Lecture. This prestigious honor is granted annually to a major contemporary poet. Past Sherry Poets have included Lyn Hejinian, Susan Howe, Michael Palmer, Mark Strand, Allan Grossman, and Keith and Rosemary Waldrop.

Ann Lauterbach was raised in New York City. After graduating from the University of Wisconsin, Madison, she attended Columbia University on a Woodrow Wilson Fellowship. She moved to London before completing her M.A. in English literature. She lived in London for eight years, working variously in publishing and art institutions. On her return to the United States, she worked for a number of years in art galleries in New York before she began teaching. Lauterbach is the author of several poetry collections, including Or to Begin Again (Penguin, 2009), which was nominated for the National Book Award. She is also the author of Hum (2005), If in Time: Selected Poems 1975-2000 (2001), On a Stair (1997), And for Example (1994), Clamor (1991), Before Recollection (1987), and Many Times, but Then (1979), as well as a book of essays, The Night Sky: Writings on the Poetics of Experience. About her work, John Ashbery has said: “Ann Lauterbach’s poetry goes straight to the elastic, infinite core of time.” She is the recipient of fellowships from the Guggenheim Foundation, the New York State Foundation for the Arts, the Ingram Merrill Foundation, and in 1993, the prestigious MacArthur Fellowship. Lauterbach has been a visiting core critic at the Yale Graduate School of the Arts and has taught at Brooklyn College, Columbia, Iowa, Princeton, and at the City College of New York and the CUNY Graduate Center. She is currently Schwab Professor of Languages and Literature at Bard College, where she has also been, since 1991, co-chair of writing in the Milton Avery School of the Arts.


About the Pearl Andelson Sherry Memorial Poetry Reading and Lecture
The Pearl Andelson Sherry Memorial Poetry Reading and Lecture honor the life and work of former University of Chicago student, Pearl Andelson Sherry. Pearl Andelson Sherry was born on the west side of Chicago in 1899. Despite objections from her father, she attended the University for one year, probably in 1916–1917. During that time, Pearl Sherry met a group of writers and poets involved in the Poetry Club, including Yvor Winters, Janet Lewis, and John Toigo; she remained friends with the members of the Poetry Club for the rest of her life. This literary circle nurtured Pearl Sherry’s own aspirations as a writer, and she began her writing career working at Poetry magazine with Harriet Monroe. Her first book of poetry, Fringe, was published in 1923. Her poetry, fiction, and reviews appeared in many periodicals, including Dial, Poetry, New Republic, Chelsea, and the Southern Review. Pearl Sherry continued to write and publish poetry until shortly before she died in 1996.