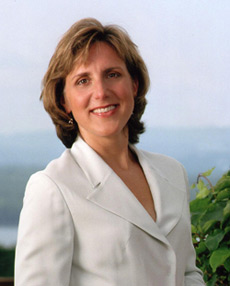 ANNANDALE-ON-HUDSON, N.Y.—Winter Morning Walks, a new album by Dawn Upshaw, celebrated soprano and artistic director of Bard College Conservatory of Music’s Graduate Vocal Arts Program, has been nominated for three Grammy awards including Best Contemporary Classical Composition and Best Classical Vocal Solo. Winter Morning Walks is the monumental collaboration between Upshaw and jazz composer Maria Schneider. Upshaw, a longtime fan of Schneider’s music, approached Schneider about the possibility of writing a composition for her. Their first collaborative piece, The Carlos Drummond de Andrade Stories, based on the works of Brazilian poet Carlos Drummond de Andrade, was commissioned by The Saint Paul Chamber Orchestra and premiered in 2008. Winter Morning Walks, a song cycle based on the work of Pulitzer Prize–winning U.S. poet laureate Ted Kooser, was commissioned by the Ojai Festival and the Australian Chamber Orchestra and features three members of Schneider’s band. The album, which includes both song cycles, was funded and produced through ArtistShare in 2013.

Joining a rare natural warmth with a fierce commitment to the transforming communicative power of music, Dawn Upshaw has achieved worldwide celebrity as a singer of opera and concert repertoire ranging from the sacred works of Bach to the freshest sounds of today. Her ability to reach to the heart of music and text has earned her both the devotion of an exceptionally diverse audience, and the awards and distinctions accorded to only the most distinguished of artists. In 2007, she was named a fellow of the MacArthur Foundation—the first vocal artist to be awarded the five-year “genius” prize—and in 2008 she was named a fellow of the American Academy of Arts & Sciences.

Her acclaimed performances on the opera stage comprise the great Mozart roles (Pamina, Ilia, Susanna, Despina) as well as modern works by Stravinsky, Poulenc, and Messiaen. From Salzburg, Paris, and Glyndebourne to the Metropolitan Opera, where she began her career in 1984 and has since made nearly 300 appearances, Upshaw has also championed numerous new works created for her, including The Great Gatsby by John Harbison; the Grawemeyer Award–winning opera L’Amour de Loin and oratorio La Passion de Simone by Kaija Saariaho; John Adams’s Nativity oratorio El Niño; and Osvaldo Golijov’s chamber opera Ainadamar and song cycle Ayre.

It says much about Upshaw’s sensibilities as an artist and colleague that she is a favored partner of many leading musicians, including Richard Goode, the Kronos Quartet, James Levine, and Esa-Pekka Salonen. In her work as a recitalist, and particularly in her work with composers, Upshaw has become a generative force in concert music, having premiered more than 25 works in the past decade. From Carnegie Hall to large and small venues throughout the world she regularly presents specially designed programs composed of lieder, unusual contemporary works in many languages, and folk and popular music. She furthers this work in master classes and workshops with young singers at major music festivals, conservatories, and liberal arts colleges. She is artistic director of the Vocal Arts Program at The Bard College Conservatory of Music, and a faculty member of the Tanglewood Music Center.

A four-time Grammy Award winner, Upshaw is featured on more than 50 recordings, including the million-selling Symphony No. 3 by Henryk Gorecki. Her discography also includes full-length opera recordings of Mozart’s Le nozze di Figaro; Messiaen’s St. Francois d’Assise; Stravinsky’s The Rake’s Progress; John Adams’s El Niño; two volumes of Canteloube’s “Songs of the Auvergne,” and a dozen recital recordings. Her most recent release on Deutsche Grammophon is Three Songs for Soprano and Orchestra, the third in a series of acclaimed recordings of Osvaldo Golijov’s music.

Upshaw holds honorary doctorate degrees from Yale, Manhattan School of Music, The Juilliard School, Allegheny College, and Illinois Wesleyan University. She began her career as a 1984 winner of the Young Concert Artists Auditions and the 1985 Walter W. Naumburg Competition, and was a member of the Metropolitan Opera Young Artists Development Program.

Upshaw has recorded extensively for the Nonesuch label. She may also be heard on Angel/EMI, BMG, Deutsche Grammophon, London, Sony Classical, Telarc, and on Erato and Teldec in the Warner Classics Family of labels.
#

About The Bard College Conservatory of Music
Robert Martin, Director

Recognized as one of the finest conservatories in the United States, The Bard College Conservatory of Music, founded in 2005, is guided by the principle that musicians should be broadly educated in the liberal arts and sciences to achieve their greatest potential. All undergraduates complete two degrees over a five-year period, a bachelor of music and a bachelor of arts in a field other than music.

The Graduate Vocal Arts Program is a two-year master of music degree conceived by soprano Dawn Upshaw. The course work is designed to support a broad-based approach to a singing career that extends from standard repertory to new music. Alongside weekly voice lessons, diction and repertory courses is training in acting, as well as core seminars that introduce and tie together the historical/cultural perspective, analytical tools, and performance skills that distinguish vocal and operatic performance at the highest level.

The Orchestral and Choral Conducting Program is a new two-year graduate curriculum that culminates in the master of music degree. The program is designed and directed by Harold Farberman, founder and director of the Conductors Institute at Bard; James Bagwell, director of Bard’s undergraduate Music Program and music director of the Collegiate Chorale; and Leon Botstein, president of Bard College, music director and principal conductor of the American Symphony Orchestra, and conductor laureate of the Jerusalem Symphony Orchestra.
###
TO DOWNLOAD a high-resolution photo, go to: www.bard.edu/news/pressphotos/.
CAPTION INFO: Winter Morning Walks, a new album by Dawn Upshaw, celebrated soprano and artistic director of Bard College Conservatory of Music’s Graduate Vocal Arts Program, has been nominated for three Grammy awards including Best Contemporary Classical Composition and Best Classical Vocal Solo.
PHOTO CREDIT: Dario Acosta