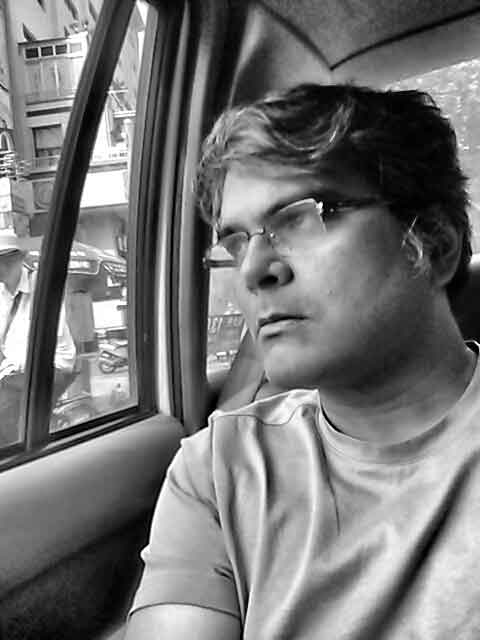 Annandale-on-Hudson, NY, June 2, 2015 - The Center for Curatorial Studies, Bard College and the Human Rights Project at Bard College announced today that Shuddhabrata Sengupta, an artist, curator, and writer based in Delhi, has been selected as the second winner of the Keith Haring Fellowship in Art and Activism. Made possible through a five year-grant from the Keith Haring Foundation, the Haring Fellowship is an annual award for a scholar, activist, or artist to teach and conduct research at CCS Bard and the Human Rights Project. Sengupta’s one-year appointment will begin in September 2015. He succeeds the Dutch artist Jeanne van Heeswijk, who has held the Fellowship during its inaugural year.

Sengupta is co-founder, along with Monica Narula and Jeebesh Bagchi, of the Raqs Media Collective. Since its inception in 1992, the members of the Collective have worked in a wide range of forms and formats. In their words, "they create installations, make videos, photographs, print and online works, play with archival traces, make exhibitions and art interventions in public spaces, write essays, enact lecture-performances, engage with pedagogical procedures, edit books, design events, and foster collaborations." Raqs has exhibited widely, including at dOCUMENTA, and the Venice, Istanbul, Taipei, Liverpool, Shanghai, Sydney, and Sao Paulo Biennales. Their sculptural project, Coronation Park, is currently on display at the 56th Venice Biennale. Raqs received the Multitude Art Prize in 2013.

"Over the last twenty years Shuddhabrata Sengupta, Jeebesh Bagchi, and Monica Narula as Raqs Media Collective have been amongst our most innovative cultural voices," said Paul O'Neill, director of the graduate program at CCS Bard. "Operating at the intersection of contemporary art, media and curatorial activism, Raqs have consistently transcended categorical boundaries and political territories. From initiating durational projects in support of local communities, to curating globally networked media projects, their practice speaks 'out of art into the world', whilst commenting on both as they are reshaped by capitalism and globalization."

Writing in the Guardian (London) in 2012, critic Skye Sherwin commented that, in the work of Raqs, "the hard reality of industrial forms, economic systems and regulated global time clash with more mysterious realms of human feeling and history's ghosts."

In 2000, Sengupta, together with Narula and Bagchi and Ravi Sundaram and Ravi Vasudevan, co-founded the Sarai programme at the Centre for the Study of Developing Societies in Delhi. Sengupta is also one of the founders and contributing editors of the independent radical blog Kafila.org, one of the most widely read and influential platforms for new, dissident voices in South Asia. His political commentary and essays have been widely published in magazines, newspapers, and blogs in India and elsewhere.

"The Haring Fellowship honors the life and work of a daring risk-taker with an outsized imagination," said Thomas Keenan, director of Bard's Human Rights Project. "Shuddha Sengupta is cut from the same cloth: politically outspoken, publically engaged, and at the same time deeply thoughtful, creative, and adventurous in word and image."

About the Center for Curatorial Studies, Bard College and the Human Rights Project at Bard College

Bard College seeks to realize the best features of American liberal arts education, enabling individuals to think critically and act creatively based on a knowledge and understanding of human history, society, and the arts. Two pioneering programs developed under this mission are the Center for Curatorial Studies and the Human Rights Project.

CCS Bard was founded in 1990 as an exhibition and research center for the study of late twentieth-century and contemporary art and culture and to explore experimental approaches to the presentation of these topics and their impact on our world. Since 1994, the Center for Curatorial Studies and its graduate program have provided one of the world’s most forward thinking teaching and learning environments for the research and practice of contemporary art and curatorship. Broadly interdisciplinary, CCS Bard encourages students, faculty, and researchers to question the critical and political dimension of art, its mediation, and its social significance.

About the Keith Haring Foundation

For further information, images or to arrange interviews, please contact: