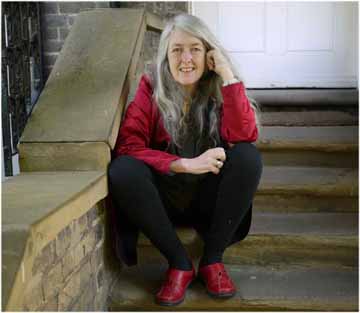 Annandale-on-Hudson, N.Y.—Eminent scholar Mary Beard, Professor of Classics, University of Cambridge, presents The Anthony Hecht Lectures in the Humanities at Bard College 2015. The series of lectures, titled Last Words: Roman Epitaphs and Their “Afterlife”, will explore Roman epitaphs and the sensibilities they reveal. The three talks at Bard College take place on Monday, September 28th at
5 p.m.; Tuesday, September 29th at 5 pm; and Wednesday, September 30th at 5:45 p.m. All of these events take place in Bard College’s Olin Auditorium. The lectures are free and open to the public and no reservations are required. For more information go to www.bard.edu.

Bringing ancient Roman society to life using their own words, “Last Words” will focus on Roman epitaphs and the part they played in early museology and Victorian fiction. The lectures will explore topics such as the family mausoleum of the Scipio family, which included some of the most famous figures and ruthless soldiers of ancient Rome. The epitaphs throw a vivid light onto the lives and ideology of aristocratic Romans.

The Arts of Commemoration: The 2,000-Year History of the Tomb of the Scipios

“Stop a while, traveler, and listen to me” Popular Culture, Grave Humor, and Talking to the Dead

She Stayed at Home and Worked Her Wool: How to Remember a Roman Woman

A fourth lecture will be given at The Morgan Library & Museum on Thursday, October 1st at 6:30 p.m. titled Grave Words: Reconstructing a Roman Tomb from the Appian Way to Laurel Hill, Philadelphia. Tickets for this event are $15; $10 for members and Bard College affiliates; free for students with valid ID. Please call 212 685-0008 ext. 560 or e-mail tickets@themorgan.org for information.

Mary Beard is one of Britain’s best-known Classicists— a distinguished Professor of Classics at the University of Cambridge, where she has taught for the last 30 years. She has written numerous books on the Ancient World, including the 2008 Wolfson Prize–winner, Pompeii: The Life of a Roman Town, which portrays a vivid account of life in Pompeii in all its aspects from food to sex to politics. Previous books include The Roman Triumph, Classical Art from Greece to Rome, and books on the Parthenon and the Colosseum. Her interests range from the social and cultural life of Ancient Greece and Rome to the Victorian understanding of antiquity.

In addition, Beard is Classics editor of the Times Literary Supplement and writes an engaging, often provocative, blog, A Don’s Life, selections of which have been published in book form. In 2013, Confronting the Classics was published, a collection of essays and reviews that Beard has written over the last 20 years for the Times Literary Supplement, The London Review of Books, and the New York Review of Books.

Beard has been invited to deliver various prestigious lecture series. In 2008, Beard was Visiting Sather Professor at the University of California, Berkeley, where she gave the Sather lectures on Roman laughter. (A book, Laughter in Ancient Rome, based on the lectures has recently been published by the University of California Press). In 2011, Beard delivered the Mellon Lectures at the National Art Gallery, Washington, on the imagery of the Caesars. Beard’s academic achievement was acknowledged, in 2010, by the British Academy, which elected her as a Fellow and in October 2011, Beard was inducted into the American Academy of Arts and Sciences as a Foreign Honorary Member. In 2012, she was also elected as an International Member of the American Philosophical Society. In the Queen’s New Year’s Honours list for 2013, Beard was awarded an OBE for services to Classical scholarship. In 2014, The Royal Academy ratified Beard as Professor of Ancient Literature, an honorary position first instituted in 1770.

Beard is a regular broadcaster and commentator on radio and television, on programs such as BBC Radio 4’s In Our Time, and has presented television documentaries on Pompeii and Caligula as well as a highly-acclaimed TV series, Meet the Romans.

About the Anthony Hecht Lectures at Bard College

Bard College honors distinguished poet, alumnus, and former Bard faculty member Anthony Hecht ’44, with the Anthony Hecht Lectures in the Humanities, a biennial series established to honor his memory by reflecting his lifelong interest in literature, music, the visual arts, and our cultural history. Every two years a distinguished scholar delivers a series of public lectures at Bard College and in New York City, which address works close to Hecht’s own imagination and sympathies. Each lecture series is published by Yale University Press.

Anthony Hecht graduated from Bard in 1944 and taught at the college from 1952–55 and 1962–66. “Anthony Hecht was one of America’s most distinguished poets of the past half-century, whose musically exquisite verse expressed dark observations about mankind,” wrote Matt Schudel of the Washington Post.

Hecht, 1923–2004, was the author of seven books of poetry, most recently Flight Among the Tombs and The Darkness and the Light, as well as several critical books including Melodies Unheard: Essays on the Mysteries of Poetry and The Hidden Law: The Poetry of W. H. Auden. In 1951 he was the recipient of the Prix de Rome, being the first fellow in literature to study at the American Academy in Rome. Numerous honors followed including the Pulitzer Prize in 1968 for The Hard Hours, the Bollingen Prize, the Eugenio Montale Award for lifetime achievement in poetry, the Ruth Lilly Prize, the Wallace Stevens Award, the Robert Frost Medal, the Los Angeles Times Book Award, and the National Medal of the Arts. He was a member of the American Academy of Arts and Letters and a chancellor of the Academy of American Poets. From 1982–84, he served as Consultant in Poetry to the Library of Congress, the position now known as Poet Laureate.

Through his poems, scholarship, and teaching, Anthony Hecht has come to be recognized as the moral voice of his poetic generation, and his works continue to have a profound impact on contemporary American poetry. (From the National Endowment for the Arts).