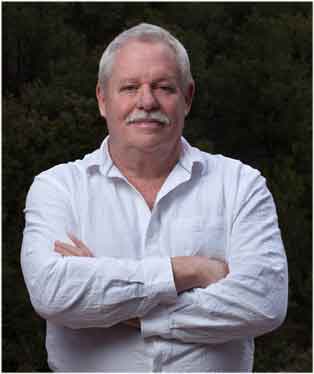 “A consummate entertainer who has made a generation laugh . . . It is Maupin’s Dickensian gift to be able to render love convincingly.”
—Times Literary Supplement

ANNANDALE-ON-HUDSON, N.Y.— Join a public conversation between Neil Gaiman, Bard professor in the arts, and Armistead Maupin, the best-selling writer and activist, as they discuss their heroes Charles Dickens and Christopher Isherwood, the craft of storytelling, and many other subjects. The program takes place on Saturday, November 7 at 7:30 p.m. in the Sosnoff Theater of The Richard B. Fisher Center for the Performing Arts at Bard College. Tickets are $25, $5 for the Bard community, and can be ordered online at fishercenter.bard.edu or by calling the box office at 845-758-7900.

Maupin is the author of 11 novels, including the nine-volume Tales of the City series, which Salon calls “perhaps the most sublime piece of popular literature America has ever

produced.” Bob Bursey, senior producer of the Fisher Center, notes, “This conversation between two inventive artists continues Neil’s popular series of Fisher Center of interviews with figures from the worlds of arts and letters, including Laurie Anderson, Audrey Niffenegger, and Art Spiegelman.”

Launched in 1976 as a groundbreaking serial in the San Francisco Chronicle, Armistead Maupin’s iconic Tales of the City series has since blazed its own trail through popular culture – from a sequence of globally best-selling novels, to a Peabody Award–winning television miniseries, to an ambitious new musical that had its world premiere at San Francisco’s American Conservatory Theater in 2011. The series now encompasses eight hugely popular novels: Tales of the City, More Tales of the City, Further Tales of the City, Babycakes, Significant Others, Sure of You, Michael Tolliver Lives, and Mary Ann in Autumn. The final Tales novel, The Days of Anna Madrigal was released in January 2014. It premiered at number 3 on the Independent bestseller list and #7 on the New York Times bestseller list.

Maupin’s novel Maybe the Moon, which follows the serio-comic adventures of a dwarf actress working in Hollywood, was named one of the 10 best books of the year by Entertainment Weekly. The Night Listener (2000), a psychological suspense novel inspired by an eerie episode in Maupin’s own life, became a 2006 feature film starring Robin Williams and Toni Collette.

the Publishing Triangle of New York. In 2002 he was honored with the Trevor Project’s Life Award “for his efforts in saving young lives.” Maupin was the first recipient of Litquake’s Barbary Coast Award for his literary contribution to San Francisco. In 2012 he was awarded Lambda’s Pioneer Award, which is bestowed on individuals who have broken new ground in the field of LGBT literature and publishing. In 2014 he received an honorary doctor of letters from the University of North Carolina–Chapel Hill. He also received the Visionary Award from the 2014 Outfest Legacy Awards for his collected novels and their “...diverse, interconnected community of San Francisco bohemians—which shaped our collective fantasy of what LGBT life is and could be ….”

He lives with his husband, Christopher Turner, a web developer.

Neil Gaiman, professor in the arts at Bard, is a New York Times best-selling author of novels, poetry, short stories, graphic novels, comics, journalism, and screenplays, who is listed in the Dictionary of Literary Biography as one of the top 10 living postmodern writers. Works include The Ocean at the End of the Lane, Neverwhere, Stardust, Anansi Boys, Good Omens (with Terry Pratchett), the award-winning Sandman series of graphic novels, and the short story collections Smoke and Mirrors and Fragile Things. Novels for younger readers include Fortunately, the Milk; Coraline, also an Academy Award–nominated film; and The Graveyard Book, winner of the Newbery (U.S.) and Carnegie (U.K.) Medals. He has written and directed for film and television, including a 2011 episode of Doctor Who that won the Ray Bradbury Award for Outstanding Dramatic Presentation and the 2012 Hugo Award for Best Dramatic Presentation, Short Form. Make Good Art, the text of a commencement speech he delivered at Philadelphia’s University of the Arts, was published in a volume designed by graphic artist Chip Kidd. www.neilgaiman.com