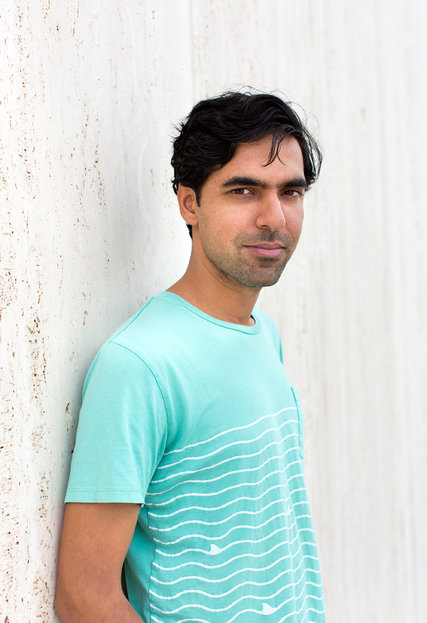 ANNANDALE-ON-HUDSON, N.Y.—Author Karan Mahajan has been selected to receive the Bard Fiction Prize for his novel The Association of Small Bombs (Viking, 2016). A finalist for the 2016 National Book Award, Mahajan’s masterful narrative tells the story of two Delhi families ripped apart by a small bombing in a marketplace. Woven around the story of the Khuranas and the Ahmeds is the gripping tale of Shockie, a Kashmiri bomb maker who has forsaken his own life for the independence of his homeland. Mahajan’s residency at Bard College is for the Fall 2017 semester, during which time he will continue his writing, meet informally with students, and give a public reading.

The Bard Fiction Prize committee writes, “In a world where terrorism is a persistent, devastating reality, Karan Mahajan’s singular achievement with The Association of Small Bombs is to bring insight and empathy to all sides of the conflict, to the innocent and the perpetrators, their families, their friends. His masterful narrative unfolds with the deaths of two schoolboys who with their companion, Mansoor Ahmed, are running a mundane errand in a Delhi marketplace, when a terrorist bomb is detonated. What follows is an ever-widening, compelling, and intricate story that portrays lives lived, on and off the grid, in the aftermath of this devastating act. The Bard Fiction Prize judges agreed that The Association of Small Bombs is an unusually wise and humane novel and its author, Mahajan, possesses exceptional literary gifts, rich insights into even the most malign of his characters, and a clear-eyed, compassionate vision of this perilous aspect of our times.”

Mahajan says, “I’ve admired the eclectic list of Bard Fiction Prize winners for a long time and never imagined joining their ranks. So this is a real thrill and an honor. I’m excited to be back in the New York area, with its gorgeous, serious greenery and long tradition of nurturing writers like Bellow and Ellison. I plan to work on my third novel at Bard and to generally infiltrate as many social and academic circles at the College as I can.”

Karan Mahajan was born in 1984 and grew up in New Delhi, India. His first novel, Family Planning, was a finalist for the Dylan Thomas Prize and was published in nine countries. His second novel, The Association of Small Bombs, is a finalist for the 2016 National Book Awards. His writing has appeared in the New York Times, Wall Street Journal, New Yorker online, the Believer, Paris Review Daily, Bookforum, and on NPR’s All Things Considered. A graduate of Stanford University and the Michener Center for Writers, he lives in Austin, Texas.

The creation of the Bard Fiction Prize, presented each October since 2001, continues Bard’s long-standing position as a center for creative, groundbreaking literary work by both faculty and students. From Saul Bellow, William Gaddis, Mary McCarthy, and Ralph Ellison to John Ashbery, Philip Roth, William Weaver, and Chinua Achebe, Bard’s literature faculty, past and present, represents some of the most important writers of our time. The prize is intended to encourage and support young writers of fiction to pursue their creative goals and to provide an opportunity to work in a fertile intellectual environment. Last year’s Bard Fiction Prize was awarded to Alexandra Kleeman for her debut novel, You Too Can Have a Body Like Mine (Harper, 2015).


ABOUT THE BARD FICTION PRIZE
The Bard Fiction Prize is awarded to a promising emerging writer who is an American citizen aged 39 years or younger at the time of application. In addition to a $30,000 cash award, the winner receives an appointment as writer-in-residence at Bard College for one semester, without the expectation that he or she teach traditional courses. The recipient gives at least one public lecture and meets informally with students. To apply, candidates should write a cover letter explaining the project they plan to work on while at Bard and submit a CV, along with three copies of the published book they feel best represents their work. No manuscripts will be accepted. Applications for the 2018 prize must be received by June 15, 2017. For information about the Bard Fiction Prize, call 845-758-7087, send an e-mail to [email protected], or visit bard.edu/bfp. Applicants may also request information by writing to: Bard Fiction Prize, Bard College, Annandale-on-Hudson, NY 12504-5000.