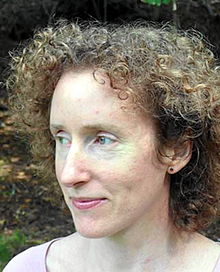 ANNANDALE-ON-HUDSON, N.Y.—Bard College alumna Charlotte Mandell ’90 has been named one of six finalists for the 2017 Man Booker International Prize, which celebrates the finest works of translated fiction from around the world. Each shortlisted author and translator receives £1,000. The £50,000 prize for the winning book will also be divided equally between its author and translator. Mandell has been shortlisted for her translation from the French of Compass (Fitzcarraldo Editions) by Mathias Enard.

Nick Barley, chair of the 2017 Man Booker International Prize judging panel, writes, “Our shortlist spans the epic and the everyday. From fevered dreams to sleepless nights, from remote islands to overwhelming cities, these wonderful novels shine a light on compelling individuals struggling to make sense of their place in a complex world.”

Luke Ellis, CEO of Man Group, writes, “Many congratulations to all the shortlisted authors and translators. We are very proud to sponsor the Man Booker International Prize as it continues to celebrate talent from all over the world. The prize plays a very important role in promoting literary excellence on a global scale, as well as underscoring Man Group’s charitable focus on literacy and education, and our commitment to creativity and excellence.”

The shortlist was selected by a panel of five judges, chaired by Nick Barley, Director of the Edinburgh International Book Festival, and consisting of: Daniel Hahn, an award-winning writer, editor and translator; Elif Shafak, a prize-winning novelist and one of the most widely read writers in Turkey; Chika Unigwe, author of four novels including On Black Sisters’ Street; and Helen Mort, a poet who has been shortlisted for the T.S. Eliot Prize and the Costa Prize, and has won a Foyle Young Poets of the Year Award five times.

The winner of the 2017 Prize will be announced on 14 June at a formal dinner at the Victoria & Albert Museum in London, with the £50,000 prize being divided equally between the author and the translator of the winning entry.

Charlotte Mandell is a French literary translator who was born in Hartford, Connecticut in 1968.  She went to Boston Latin High School, the Université de Paris III, and Bard College, where she majored in French literature and film theory. She has translated many works of poetry, fiction and philosophy from French to English, including work by Honoré de Balzac, Gustave Flaubert, Jules Verne, Guy de Maupassant, Marcel Proust, Maurice Blanchot, Antoine de Baecque, Abdelwahab Meddeb, Bernard-Henri Lévy, Jean-Luc Nancy and Jonathan Littell. She lives in the Hudson Valley with her husband, the poet Robert Kelly (Asher B. Edelman Professor of Literature at Bard College).
#