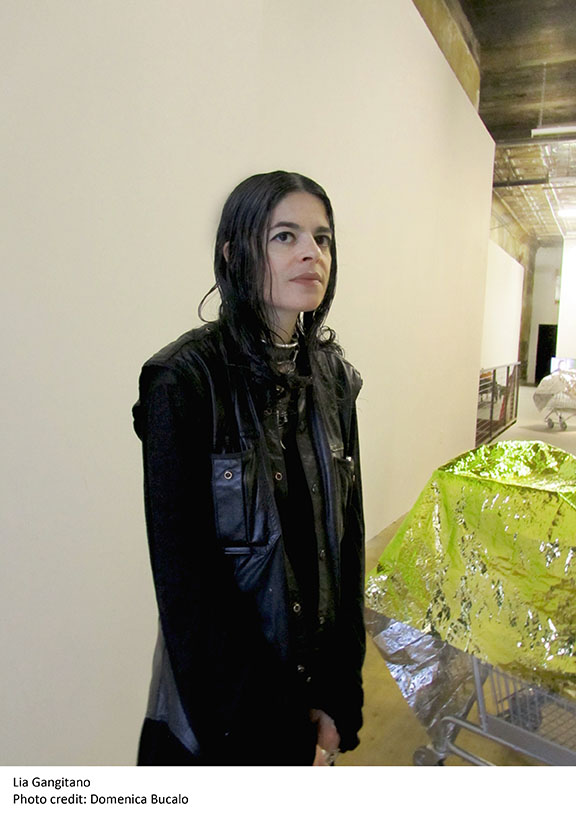 Tom Eccles, Executive Director of CCS Bard states: "Lia Gangitano is a curatorial pioneer presenting artists and artwork that have often been marginalized. Looking back over more than three decades of exhibitions and curatorial projects, we are delighted to celebrate the significant contribution Lia has made to the cultural life of New York City. In the age of "global-curating", the selection panel for this year's award recognized her refreshingly local approach, one that has created and supported a vibrant and fundamentally diverse program built upon a community of ideas and artists.”

In 2001, Lia Gangitano founded PARTICIPANT INC, a not-for-profit art space, presenting exhibitions by Virgil Marti, Charles Atlas, Kathe Burkhart, Michel Auder, Robert Boyd, Breyer P-Orridge, Renée Green, Vaginal Davis, Kembra Pfahler, Greer Lankton, Ellen Cantor, and Baseera Khan, among others. As curator of Thread Waxing Space, NY, her exhibitions, screenings, and performances included Spectacular Optical (1998), Luther Price: Imitation of Life (1999), Børre Sæthre: Module for Mood (2000) and Sigalit Landau (2001). She is editor of Blood and Guts in Hollywood: Two Screenplays by Laura Parnes and Dead Flowers (2010); as well as the forthcoming anthologies, M Lamar: Negrogothic and The Alternative to What? Thread Waxing Space and the '90s. As associate curator, she co-curated Dress Codes (1993) and Boston School (1995) for The ICA, Boston, and edited New Histories (with Steven Nelson, 1997) and Boston School (1995). She has contributed to publications including Carol Rama: Space Even More than Time; Renée Green, Endless Dreams and Time-based Streams; Lovett/Codagnone; Whitney Biennial 2006-Day for Night; and 2012 Whitney Biennial on Charles Atlas. As curatorial advisor, her exhibitions at MoMA PS1 included Lovett/Codagnone, Interruption of a Course of Action and Lutz Bacher, My Secret Life (2009). She currently teaches at the Center for Curatorial Studies, Bard College. She is a Board Member of Primary Information and Dirty Looks; Advisory Board Member of the Outpost Cuts and Burns Residency Program and John Kelly Performance; and recipient of a Skowhegan Governors’ Award for Outstanding Service to Artists and the inaugural White Columns/Shoot the Lobster Award.

About CCS Bard’s Audrey Irmas Award for Curatorial Excellence
For the past twenty years, the Center for Curatorial Studies at Bard College has celebrated and awarded the individual achievements of a leading curator or curators whose lasting contributions have shaped the way we conceive of exhibition-making today. The 2018 award will once again be given under the name of patron Audrey Irmas, who has bestowed the endowment for the Award. Irmas is a board member of CCS Bard and an active member of the Los Angeles arts and philanthropic community.

The award has been designed by artist Lawrence Weiner, and is based on his 2006 commission Bard Enter, conceived for the entrance to the Hessel Museum of Art at CCS Bard. The award also comes with the Audrey Irmas Prize of $25,000.

About the Center for Curatorial Studies
The Center for Curatorial Studies at Bard College (CCS Bard) was founded in 1990 as an exhibition and research center for the study of late twentieth-century and contemporary art and culture and to explore experimental approaches to the presentation of these topics and their impact on our world. Since 1994, the Center for Curatorial Studies and its graduate program have provided one of the world’s most forward thinking teaching and learning environments for the research and practice of contemporary art and curatorship. Broadly interdisciplinary, CCS Bard encourages students, faculty and researchers to question the critical and political dimension of art, its mediation and its social significance. CCS Bard cultivates innovative thinking, radical research and new ways to challenge our understanding of the social and civic values of the visual arts. CCS Bard provides an intensive educational program alongside its public events, exhibitions, and publications, which collectively explore the critical potential of the institutions and practices of exhibition-making. It is uniquely positioned within the larger Center’s tripartite resources, which include the internationally renowned CCS Bard Library and Archives and the Hessel Museum of Art, with its rich permanent collection.

General information on the Center for Curatorial Studies at Bard College can be found on the website: www.bard.edu/ccs.


For more information on the Audrey Irmas Award for Curatorial Excellence Award Gala Dinner or to purchase tickets, please contact: