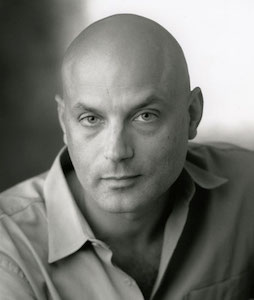 Bard Professor Daniel Mendelsohn Reads from His New Book, An Odyssey, at the National Arts Club in New York

On Monday, March 5, Charles Ranlett Flint Professor of Humanities at Bard College and award-winning memoirist and critic Daniel Mendelsohn will give a book reading and signing followed by a wine reception for his new book An Odyssey: A Father, a Son, and an Epic. This event will be held at the National Arts Club at 15 Gramercy Park South, New York City at 8:00pm. The event is free and open to the public. Proper attire is encouraged. For more information, please visit nationalartsclub.org.
Daniel Mendelsohn’s widely praised new book, An Odyssey: A Father, a Son, and an Epic, is a deeply moving tale of a father and son’s transformative journey in reading—and reliving—Homer’s Odyssey. When his father Jay Mendelsohn, an 81-year-old computer scientist, decides to enroll in the undergraduate Odyssey seminar his son teaches at Bard College, the two find themselves on an adventure as profoundly emotional as it is intellectual. Publisher’s Weekly writes: “Beguiling . . . Mendelsohn unwraps layers of timeless meaning in the ancient Greek poem . . . weaves family history and trenchant literary analysis into a luminous whole.”
Daniel Mendelsohn is an internationally bestselling author, critic, and essayist. His reviews and essays appear frequently in The New Yorker and The New York Review of Books, and he has been a books and culture columnist for the New York Times Book Review, New York magazine, and Harper’s. His books include The Elusive Embrace, a reflection on sexual identity and classical literature, which was a Los Angeles Times Best Book of the Year; the international bestseller The Lost: A Search for Six of Six Million, translated into over fifteen languages; a translation, with commentary, of the complete poetry of Constantine Cavafy, which was shortlisted for the Criticos Prize (UK); and two collections of essays, How Beautiful It Is and How Easily It Can Be Broken (2008) and Waiting for the Barbarians: Essays from the Classics to Pop Culture (2012). His awards include the National Book Critics Circle Award (US), the National Jewish Book Award (US), the Prix Médicis (France), the George Jean Nathan Prize for Drama Criticism, and the American Academy of Arts and Letters Prize for Prose Style. He teaches literature at Bard College and lives in the Hudson Valley of New York.