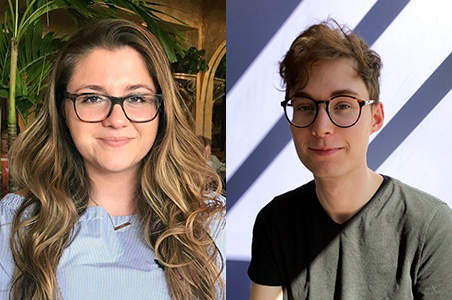 Colaku will study Turkish at the Azerbaijan University of Languages (AUL) in Baku, Azerbaijan. Originating in Central Asia, the Turkish language crossed continents to become one of Europe and Asia’s most important historical languages with the growth of the Ottoman Empire. Today, Turkish is spoken in the modern republic of Turkey and languages in the Turkic family are spoken across the Middle East and Central Asia. During an 8-week period, Colaku will study the equivalent of approximately one academic year of university-level Turkish language study at AUL. Colaku will also engage in cultural activities and excursions across Azerbaijan, such as group trips to the local opera and museums, in order to expand her understanding of Azerbaijan’s and Turkey’s history, geography, and culture, as well as to provide immersive language practice outside of the classroom. Colaku will live with a host family, giving her an opportunity to experience daily life inside an Azerbaijani family and further practice her language skills outside of class. She will also work one-on-one with a native language partner throughout her stay.

Tims will study Bangla at the American Institute of Indian Studies (AIIS) in Kolkata, India. Spoken from the densely populated nation of Bangladesh to the Kolkata metropolis in the Indian state of West Bengal, Bangla is the seventh most spoken language in the entire world. With a population of 4.5 million, Kolkata is the largest city in East India and the third largest in India after New Delhi and Mumbai. In Kolkata, Tims will spend 20 morning hours per week in the classroom focusing on grammar, conversation, pronunciation, journal writing, and dictation language classes. In the afternoons, Tims will take a cultural activity class, such as singing, dancing, storytelling, cooking, or painting, and meet with his native language partner for Bangla conversation practice. Tims will engage in weekly local group excursions in order to explore the area, gain in-depth knowledge of culture and history, and meet locals from different backgrounds. Tims will also travel on one overnight excursion to Bishnupur. The summer study culminates in an independent project of his choosing, presented to his fellow classmates entirely in Bangla. During his stay, Tims will live with a host family to maximize language learning and the cultural immersion experience.

CLS is part of a wider government initiative to expand the number of Americans studying and mastering foreign languages that are critical to national security and economic prosperity. CLS plays an important role in preparing students for the twenty-first century’s globalized workforce and increasing national competitiveness. CLS is a program of the United States Department of State’s Bureau of Educational and Cultural Affairs. It is supported in its implementation by American Councils for International Education.

For further information about the Critical Language Scholarship Program, visit clscholarship.org.
#
About Bard College
Founded in 1860, Bard College in Annandale-on-Hudson, New York, is an independent, residential, coeducational college offering a four-year B.A. program in the liberal arts and sciences and a five-year B.A./B.S. degree in economics and finance. The Bard College Conservatory of Music offers a five-year program in which students pursue a dual degree—a B.Music and a B.A. in a field other than music. Bard offers M.Music degrees in conjunction with the Conservatory and The Orchestra Now, and at Longy School of Music of Bard College in Cambridge, Massachusetts. Bard and its affiliated institutions also grant the following degrees: A.A. at Bard High School Early College, a public school with campuses in New York City, Cleveland, Baltimore, and Newark, New Jersey; A.A. and B.A. at Bard College at Simon’s Rock: The Early College, in Great Barrington, Massachusetts, and through the Bard Prison Initiative at six correctional institutions in New York State; M.A. in curatorial studies, M.S. in economic theory and policy, and M.S. in environmental policy and in climate science and policy at the Annandale campus; M.F.A. and M.A.T. at multiple campuses; M.B.A. in sustainability in New York City; and M.A., M.Phil., and Ph.D. in the decorative arts, design history, and material culture at the Bard Graduate Center in Manhattan. Internationally, Bard confers dual B.A. and M.A. degrees at the Faculty of Liberal Arts and Sciences, St. Petersburg State University, Russia (Smolny College); dual B.A. and M.A.T. degrees at Al-Quds University in East Jerusalem; and dual B.A. degrees at American University of Central Asia in Kyrgyzstan and Bard College Berlin: A Liberal Arts University.

Bard offers nearly 50 academic programs in four divisions. Total enrollment for Bard College and its affiliates is approximately 5,500 students. The undergraduate College has an enrollment of more than 1,900 and a student-to-faculty ratio of 10:1. In 2016, Bard acquired the Montgomery Place estate, bringing the size of the campus to nearly 1,000 acres. For more information about Bard College, visit bard.edu.
###