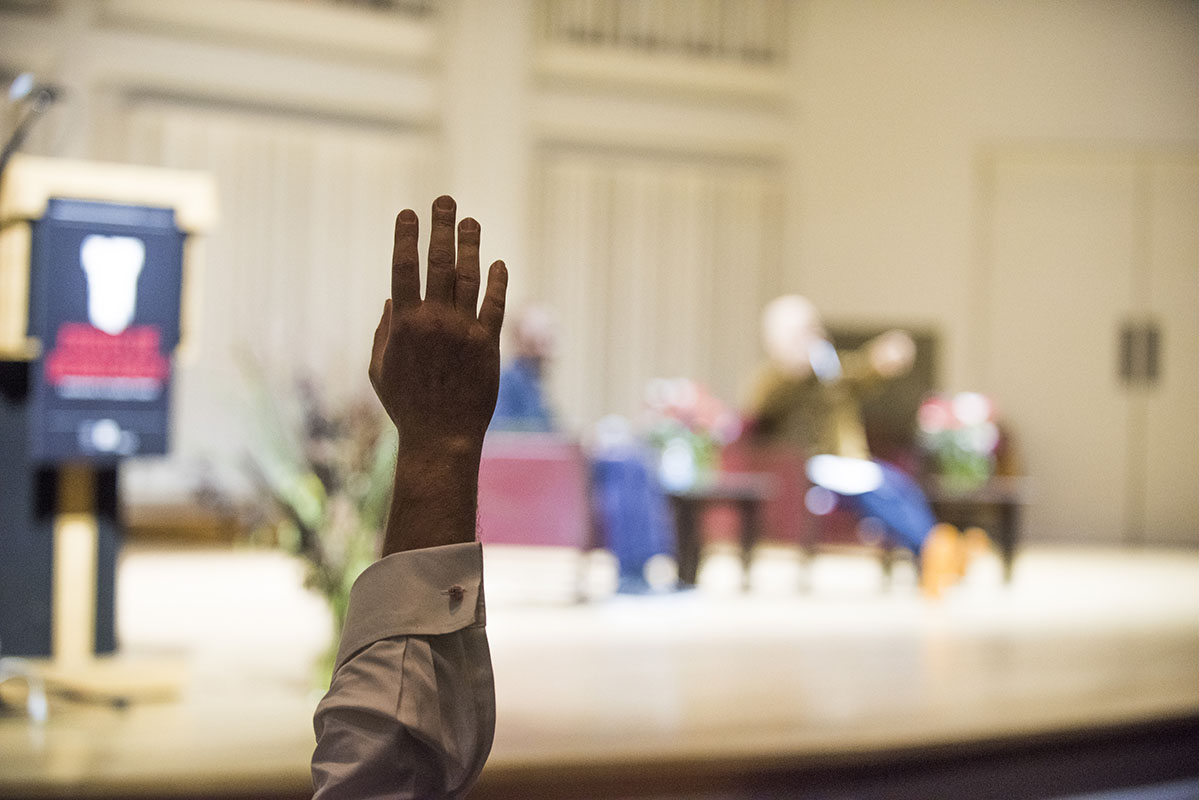 Bard, Vassar, Bennington, and Sarah Lawrence to Share Funds for Work on Issues Related to Forced Migration Crisis
ANNANDALE-ON-HUDSON, N.Y.— Starting this fall, Bard College will participate in a four-college consortium focused on the global refugee crisis and the issue of forced migration. The Andrew W. Mellon Foundation recently awarded a $2.5 million grant to the Consortium on Forced Migration, Displacement and Education, created by Bard, Vassar, Sarah Lawrence and Bennington Colleges. The funds, to be distributed over the next four years, will be used to develop curricula and other programs on the issue of forced migration.

“This grant enables Bard to build on its already strong work on migration here in Annandale and across the Bard network,” said Bard’s leaders on the initiative, Peter Rosenblum, professor of international law and human rights, and Danielle Riou, associate director of the Human Rights Project. “We appreciate that Mellon recognizes the work we are trying to do in grappling with one of the most important issues of our time, for the education of our students and for imagining approaches and solutions that may go beyond traditional disciplinary boundaries.”

Bard’s curriculum will be developed by the Human Rights Program in Annandale, and a portion of the Mellon funding will go toward helping develop Bard College Berlin as a study-abroad site for the consortium. Kerry Bystrom, associate dean of Bard College Berlin said, “Bard College Berlin is particularly pleased to be included in this consortium because of its strong record in supporting displaced students.”

Maria Höhn, Vassar Professor of History and the Marion Musser Lloyd ’32 Chair, prepared the grant application in close collaboration with colleagues at the partner colleges, and will serve as project director and principal investigator for the project. The consortium was formed “because we believe that the current forced migration crisis demands new models that go beyond humanitarian relief and address global inequality in an educational context,” Höhn said. “Liberal arts colleges like ours have a vital contribution to make in preparing our students for this new reality of forced migration. By uniting our campuses, we can achieve a critical mass of dedicated professors and students to share ideas, develop best practices, and generate innovation and momentum greater than would be possible if each campus worked alone.”

Eugene Tobin, senior program officer at the Mellon Foundation, said the grant was awarded because liberal arts colleges have a significant role to play in addressing this global issue and its impact on the communities the colleges serve. “While governments, nongovernmental organizations, relief agencies, and cultural institutions respond to political, ethnic, and religious repression and to the human costs of forced migration, higher education institutions have an opportunity to create shared curricula, systematic research, and multi-institutional partnerships that expand contemporary historical understanding of migration and displacement,” Tobin said.

Höhn said the first phase of planning for implementation of the grant will begin October 26 and 27, when representatives of all four colleges will gather on the Vassar campus to finalize details of “Lexicon of Forced Migration,” an introductory class that will be one of the key elements of the new curriculum at the four colleges.