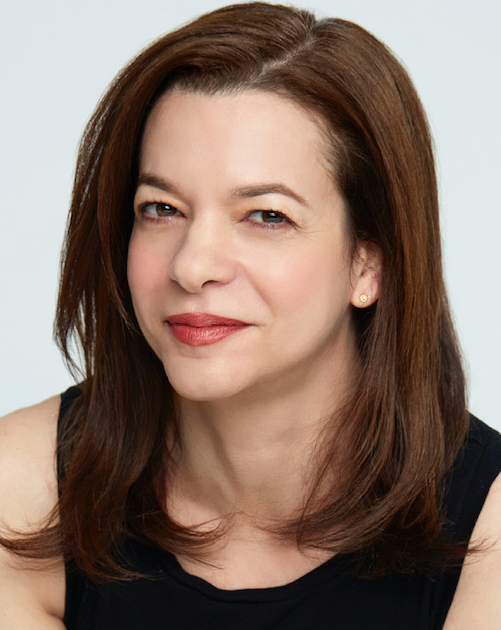 Award Is Made Possible by Landmark $1.2 Million Gift from Jay Franke and David Herro
Having Produced and Premiered Tanowitz’s Immensely Acclaimed Four Quartets, Bard Fisher Center Will Commission Three New Works by the Choreographer, Including a Collaboration with Sara Mearns, and Will Develop a Digital Archive of Her Body of Work

Annandale-on-Hudson, NY—Bard Fisher Center announced today that it has selected Pam Tanowitz as its first Choreographer in Residence. Her residency is underwritten by a $1.2 million gift from dance philanthropists Jay Franke and David Herro. The appointment follows the success of Tanowitz’s Four Quartets, which was produced by and premiered at the Fisher Center last summer. The New York Times hailed the production as “the most sublime dance-theater creation this century: a dance for the soul.”

In an era when many contemporary choreographers are working on an independent basis outside of traditional dance company structures, the Franke/Herro grant provides stability, generous funding, and optimal working conditions to Tanowitz and her collaborators. The three-year residency, which begins this month and concludes in December 2021, includes salaries and benefits for Tanowitz and select collaborators, administrative and touring support, rehearsal space, and professional development. In committing its space and staff resources to this full-service residency for three years, the Center is reimagining how it might support the creation of large-scale and ambitious art on a college campus, and piloting a development and research model that it hopes will prove scalable and replicable elsewhere in the field of American dance.

Bard Fisher Center will commission three new Tanowitz dances, beginning with a new work created in collaboration with New York City Ballet principal dancer Sara Mearns. Tanowitz’s second work, which she envisions as the concluding part of a trilogy that began with New Work for Goldberg Variations and Four Quartets, will premiere in the Center’s 2021 SummerScape Festival. The third commissioned work will be Tanowitz’s first performance to be sited in a museum or gallery space.

A major component of the residency will be the development of a digital archive of Tanowitz’s oeuvre, including the remounting and documentation of several of her performances. These archival initiatives will make her body of work more widely accessible to dance scholars, students, and the general public.

Finally, Tanowitz and her collaborators will engage broadly with Bard’s undergraduate programs through teaching, showings and performances, student access to rehearsals, and campuswide dialogue about the creative process.

As a creative research institution embedded on the campus of a premiere liberal arts college, the Fisher Center endeavors to pioneer a new and future-facing model of partnership between independent artists and arts organizations, on university campuses and beyond. In recent years the Center has created extended residencies for such artists as Sarah Michelson, Justin Vivian Bond, Will Rawls, Tania El Khoury, and Daniel Fish. Often this commitment includes a high level of production, financial, and administrative support for the artists. These efforts reflect the Fisher Center’s commitment to providing extended support for leading artists by shepherding projects from their initial development to their premiere, and beyond through management of the project’s touring, field advocacy, and career development for the artist.

Through this first-time gift to the Bard, Jay Franke and David Herro’s visionary leadership allows the Fisher Center to realize its commitment to new models of support at an unprecedented level. Gideon Lester, the Fisher Center’s Artistic Director for Theater and Dance, noted: “Pam Tanowitz’s appointment as Choreographer in Residence is a remarkable intervention in her creative life. The infrastructural and producing support she will receive at the Center will allow her the time and resources to develop her most ambitious productions, and the Fisher Center is reimagining its own practices as a site for the documentation, archiving, study, teaching, and dissemination of her choreographic work. Pam is one of our country’s greatest contemporary artists, who has already changed the landscape of American dance. Her choreographic works combine formal sophistication and invention, a curiosity about the possibilities of the body in motion, intellectual rigor, philosophical inquiry, a deep awareness of dance history that paradoxically points to the future, and staggering beauty. It’s thrilling to welcome her to the Fisher Center as a colleague, and to deepen our creative partnership over the next three years.”

In making the grant, Jay Franke said: “We are honored to make this gift in support of Pam’s voice, and to help elevate her work to new heights with the Fisher Center. It’s so exciting when an idea as bold and courageous as this program makes its way to the dance field. We hope our support inspires other major gifts that will create new possibilities for other American choreographers.”

“We are grateful for Jay and David’s inspired philanthropy, which demonstrates their long-term commitment to supporting transformative change in the field of dance” stated Bob Bursey, the Fisher Center’s Executive Director. “We look forward to deepening our relationship with Pam, which began with a commission and presentation in 2015, and continued with the three-year development of Four Quartets. We hope to demonstrate the possibilities for arts centers to work creatively with artists to address the evermore pressing challenges they face.”

In beginning her residency, Pam Tanowitz said: “I’m blown away by the forward-thinking minds of Jay Franke, David Herro, and the leaders of Bard Fisher Center. With this generous and unprecedented support, the company can continue our momentum after the success of Four Quartets. Simply put—it will give me the freedom to keep going.”

About Pam Tanowitz
Pam Tanowitz is a celebrated New York–based choreographer and collaborator known for her unflinchingly postmodern treatment of classical dance vocabulary. In 2000, she founded Pam Tanowitz Dance to explore dance making with a consistent community of dancers.

In 2016, Tanowitz was presented with the Juried Bessie Award for “using form and structure as a vehicle for challenging audiences to think, to feel, to experience movement; for pursuing her uniquely poetic and theatrical vision with astounding rigor and focus.” Other honors include an Outstanding Production Bessie award in 2009 for her dance Be In the Gray with Me, a Foundation for Contemporary Arts award in 2010, a Guggenheim Fellowship in 2011, the Hodder Fellowship from Princeton University in 2013–14, a fall 2016 fellowship at the Center for Ballet and the Arts at NYU, and named a 2016–17 City Center Choreography Fellow. Her work was selected by the New York Times Best of Dance series in 2013, 2014, 2015, 2017, and 2018.

When awarding Ms. Tanowitz the 2017 Baryshnikov Arts Center Cage Cunningham Fellowship, Mikhail Baryshnikov, the center’s artistic director, said in a statement that “her work is not an imitation of dance history, but is a distinct intellectual journey.” Her 2017 dance New Work for Goldberg Variations, created for her company in collaboration with pianist Simone Dinnerstein, was called a “rare achievement” (The New York Times). Her most recent work, the 2018 creation Four Quartets, inspired by T. S. Eliot’s literary masterpiece and set to music by Kaija Saariaho, was called "the greatest creation of dance theater so far this century” (The New York Times).

Originally from New Rochelle, New York, Tanowitz holds degrees from The Ohio State University and Sarah Lawrence College, and is currently a visiting guest artist at Rutgers University. Upcoming commissions from Paul Taylor American Dance, The Graham Company, and The Kennedy Center’s Ballet Across America will expose new audiences to her work.

About Jay Franke and David Herro
David Herro and Jay Franke are committed to a wide variety of civic and charitable activities, with a focus on education, dance, children, and humanities.

Jay Franke is an accomplished professional dancer and former Co-Artistic Director of the Chicago Dancing Festival. A native of Oklahoma, he is a graduate of Booker T. Washington High School for the Arts in Dallas, TX. He is a 1993 Youngarts Winner in Dance. Since graduating from The Juilliard School in 1997, he has danced with highly regarded dance companies such as the Twyla Tharp Dance Company (NYC), Hubbard Street Dance Company (Chicago), and Lar Lubovitch Dance Company. Franke and Lar Lubovitch created the Chicago Dancing Festival to promote the finest of dance to Chicago audiences for free.