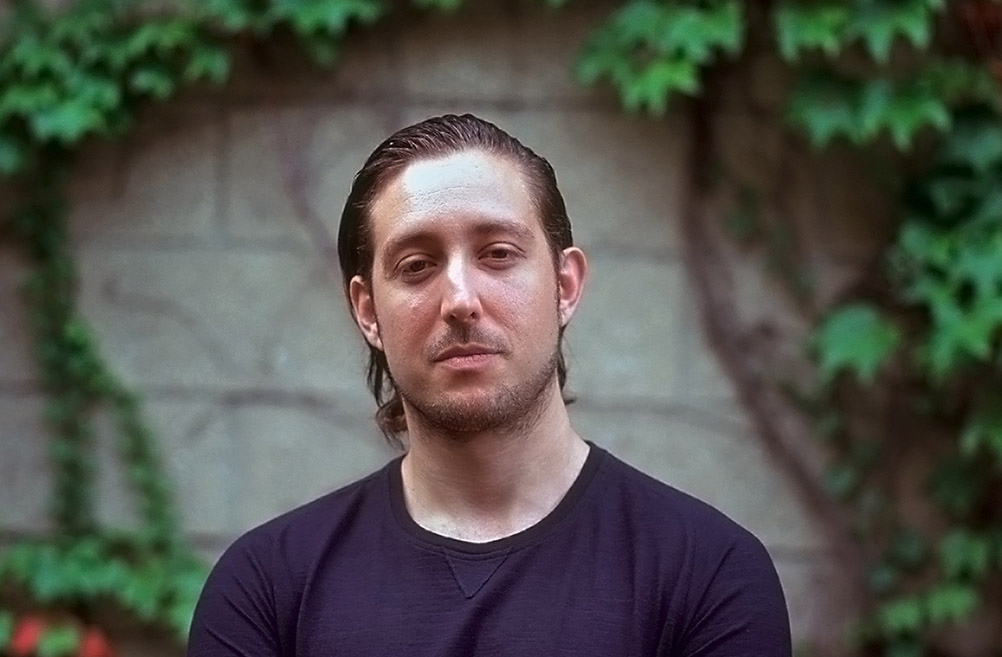 ANNANDALE-ON-HUDSON, N.Y.—Greg Jackson, Bard Fiction Prize winner and writer in residence at Bard College, will read from his work on Monday, February 18. Free and open to the public, the reading begins at 7 p.m. in the Reem-Kayden Center’s László Z. Bitó ’60 Auditorium at Bard College. For more information call 845-758-7087.

Jackson received the Bard Fiction Prize for his debut collection of short stories. Prodigals (Farrar, Straus and Giroux 2016). Jackson’s lyrical and unflinching stories map the degradations of contemporary life with insight and grace.

The Bard Fiction Prize committee writes: “The eight stories collected in Greg Jackson’s Prodigals take the reader all over the earth and across time, from a drug-addled weekend in Palm Springs to the remote provincial compound of a reclusive French tennis champion; a man drives into a hurricane with his psychiatrist, and a woman recounts a story about a summer spent painting dorm rooms in the summer of 1984 with a deranged coworker while Foucault dies and violent news from Central America hisses in the background. These stories concern troubled and deeply human characters trapped in mirrored mazes of playfully structured narrative, written in electric and often hilarious sentences. Prodigals is a book that delights, disturbs, and surprises around every corner, with the hand of a masterful author always twisting the kaleidoscope to transform dazzling patterns of light, shape, and color before our eyes.”

“What a privilege and a thrill it is to receive the Bard Fiction Prize and join such an illustrious ensemble of past winners. For the support and vote of encouragement, I am deeply grateful to this year’s prize committee. The chance to make Bard my home through the spring, to join its community and get to know its remarkable student body, is an incredible gift, and I look forward to the friendships and conversations I hope will develop over the course of my residency, as the days lengthen and spring descends on this sanctuary in the Hudson Valley,” says Jackson.

Greg Jackson’s fiction and essays have appeared in the New Yorker, Granta, Tin House, Virginia Quarterly Review, Vice, Los Angeles Times, Los Angeles Review of Books, and elsewhere. He holds an MFA from the University of Virginia and has received fellowships and residencies from the Fine Arts Work Center and MacDowell Colony. A finalist for the National Magazine Award in Fiction, he was chosen by Granta in 2017 for their decennial list of Best Young American Novelists. In 2016 he received the National Book Foundation’s 5 Under 35 Award for Prodigals, a book which the New York Times called “so bold and perceptive that it delivers a contact high.” He is currently at work on a novel, The Dimensions of a Cave, due out with Farrar, Straus and Giroux, which looks at the future of reporting, technology, and truth. Before turning to fiction, he worked as an investigative journalist in Washington, D.C.

The creation of the Bard Fiction Prize, presented each October since 2001, continues Bard’s long-standing position as a center for creative, groundbreaking literary work by both faculty and students. From Saul Bellow, William Gaddis, Mary McCarthy, and Ralph Ellison to John Ashbery, Philip Roth, William Weaver, and Chinua Achebe, Bard’s literature faculty, past and present, represents some of the most important writers of our time. The prize is intended to encourage and support young writers of fiction, and provide them with an opportunity to work in a fertile intellectual environment. Last year’s Bard Fiction Prize was awarded to Carmen Maria Machado for her short story collection Her Body and Other Parties (Graywolf Press, 2017).

ABOUT THE BARD FICTION PRIZE

The Bard Fiction Prize is awarded to a promising emerging writer who is an American citizen aged 39 years or younger at the time of application. In addition to a $30,000 cash award, the winner receives an appointment as writer in residence at Bard College for one semester, without the expectation that he or she teach traditional courses. The recipient gives at least one public lecture and meets informally with students. To apply, candidates should write a cover letter explaining the project they plan to work on while at Bard and submit a CV, along with three copies of the published book they feel best represents their work. No manuscripts will be accepted. Applications for the 2019 prize must be received by June 15, 2019. For information about the Bard Fiction Prize, call 845-758-7087, send an e-mail to bfp@bard.edu, or visit bard.edu/bfp. Applicants may also request information by writing to: Bard Fiction Prize, Bard College, Annandale-on-Hudson, NY 12504-5000.