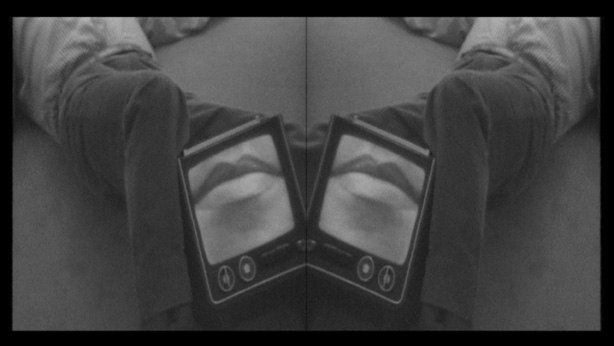 ANNANDALE-ON-HUDSON, NY, March 2019 — For its summer 2019 season, the Center for Curatorial Studies, Bard College (CCS Bard) will present the first U.S. solo museum exhibitions of work by Leidy Churchman and Nil Yalter, along with Acting Out,a show featuring work by artists from the Marieluise Hessel Collection including Larry Clark, Lyle Ashton Harris, Nan Goldin, Boris Mikhailov, Lorraine O'Grady, Cindy Sherman, and Jo Spence. The shows will open to the public on June 22, 2019 and will run through the fall. Related public programming will soon be announced.

Crocodile, the first U.S. exhibition of work by Leidy Churchman (b. 1979, Villanova, PA), will illustrate the ideas and drive toward reinvention and experimentation at play in this emerging artist’s work. Including over sixty paintings, it will focus on Churchman’s recent work while situating his practice within a longer trajectory through the presentation of projects such as Snakes (2011), a performance on video, and the “hardbacks” (2010), a series of intricately painted book covers. Crocodile will also feature a newly commissioned large-scale floor painting by Churchman.

Churchman has said: “being queer unlocks a lot of things about the world.” This exhibition intends to capture the voracious and seemingly boundless range of subjects and approaches in his work. Ranging from figurative representation to gestural abstraction, and from monumental landscapes to more intimate portraits, Churchman’s works channel his preoccupations: his artistic and literary influences, friendships, moods, surrounding landscapes, and the visual iconography of divergent religions and philosophies. Grounded in these recurring motifs, Crocodile highlights the artist’s investigations into consciousness in his renderings of anthropomorphic animals and psychological states; his appropriation of existing artworks and aesthetics; and his recasting of various signs and symbols—from his depiction of the Buddhist symbol of the protector in Mahakala (2017) to the Mastercard logo in Mastercard (2013). Probing the possibilities of painting as well as various systems of belief and thought, the exhibition will track the practice of a dynamic and significant artist who is reworking what American painting can look like and stand for.

Crocodile will be accompanied by a catalogue published by Dancing Foxes Press and CCS Bard, featuring original essays by curators Ruba Katrib and Arnisa Zeqo, and critic Alex Kitnick, as well as a conversation between Churchman by Lauren Cornell.

Crocodile is curated by Lauren Cornell, Director of the Graduate Program and Chief Curator at CCS Bard.

Nil Yalter: Exile Is a Hard Job
Hessel Museum of Art
An exhibition organized by the Museum Ludwig, Cologne in cooperation with CCS Bard

Exile Is a Hard Job will be the first solo U.S. museum exhibition of work by Nil Yalter (b. 1938, Cairo), who has been a pioneer of socially engaged art since the 1970s. She was one of the first artists in France to use video, when it first emerged as a new artistic medium. Born in Cairo, the artist grew up in Istanbul and has been living in Paris since 1965. Exile Is a Hard Job presents the diversity of her work, from previously little-known paintings to her early videos and multimedia installations in which she combines photography, video, drawings, and sculpture into collages. Exile Is a Hard Job originates at the Museum Ludwig in Cologne as Yalter’s first major retrospective, opening March 8, 2019. At the Hessel Museum of Art, the exhibition will focus on her prolific period from the late ’60s to the early ’80s, and will include over twenty of her most significant projects from this time.

Nil Yalter’s work emerges from current political situations such as daily life in a women’s prison and the living conditions of immigrant “guest workers.” Using a quasi-anthropological methodology, she reflects the lives of these individuals and makes marginalized groups visible. Language plays an important role for her, along with cultural influences from the Middle East, Turkey, and Western Europe. Exile Is a Hard Job charts a path from Yalter’s abstract paintings, made in the late 1960s, through her pivotal socially engaged works and groundbreaking experiments with video and performance. It will feature her first video piece, a performance for the camera titled Headless Woman or The Belly Dance (1974), as well as the video and photographic project Le Chevalier d’Eon (1978)—described in Artforum as the “first work on transgender identity from a Middle Eastern context”—and the eleven-channel video installation Pyramis ou le Voyage d’Eudore (1987), which represents her expanded media projects from the 1980s. The exhibition will also include multiple large-scale collages and installations, such as Temporary Dwellings (1974–77), a representation of immigrants living in Parisian suburbs that is told through assemblage and video testimony, and La Roquette, Prison for Women (1974), a video and photographic portrait of an inmate at a women’s prison in Paris that focuses on the physical and spiritual isolation of female prisoners. Many of the issues at the heart of Yalter’s projects—displacement, discrimination, exploitation—define our present. Her work sensitively began to focus on these topics at an earlier moment and stands today as an example of art that creates connection across experiential and subjective difference.

The exhibition will be accompanied by a catalogue edited by Rita Kersting, with a preface by Yilmaz Dziewior and Tom Eccles, and including essays by Lauren Cornell, Fabienne Dumont, and Övül Durmusoglu, as well as an interview with Nil Yalter by Kersting. In German and English, Verlag der Buchhandlung Walther König, Cologne.

Acting Out takes its prompt from Leigh Ledare's "The Task", a single channel film of a three-day Group Relations Conference— a social psychology method developed by London’s Tavistock Institute—that the artist organized in Chicago in 2017. In addition to directing the film crew, Ledare assembled the twenty-eight participants and secured the collaboration of ten psychologists trained in the method. During a sequence of small and large group meetings, the group studies its own self-made social structure— an abstract “task” that allows participants to examine the identities, roles, desires, and the biases individuals import into the group, as well as conscious and unconscious group dynamics. Building upon this gripping portrait of current social dynamics and discontents, the exhibition includes a number of works by artists in the Marieluise Hessel Collection at CCS Bard including Larry Clark, Lyle Ashton Harris, Nan Goldin, Boris Mikhailov, Lorraine O'Grady, Cindy Sherman, and Jo Spence; historical works that reverberate with themes raised by Ledare's film.


Acting Out is curated by Tom Eccles, Executive Director, and artist Leigh Ledare.

Established in 1990, the Center for Curatorial Studies, Bard College (CCS Bard) has housed one of the world’s leading graduate programs dedicated to the study of historical models for the presentation and reception of art and the development of innovative curatorial methodologies. Originally conceived to address the burgeoning, largely unexamined terrain of international curatorial practice, the graduate program has evolved as CCS Bard has become a more multifaceted institution, now encompassing a library containing over 30,000 volumes on post-1960s contemporary art, curatorial practices, exhibition histories, theory, and criticism; an archive holding the archives and manuscripts of leading curators, scholars, and artists; and the Hessel Museum of Art, with its rich permanent collection.

Founded in 2006 as an expansion to the original CCS Bard building, the Hessel Museum of Art has become known for its monographic presentations of work by leading contemporary artists, including Liam Gillick, Rachel Harrison, Philippe Parreno, Amy Sillman, Haim Steinbach, Daniel Steegmann Mangrané, Sarah Sze, and many others, as well as its commitment to inventive and original group exhibitions, such as If you lived here, you’d be home by now, organized by Lynne Cooke, Josiah McElheny, and Tom Eccles in 2011; Invisible Adversaries, organized by Lauren Cornell and Eccles in 2016; Picture Industry, organized by artist Walead Beshty in 2017; and The Conditions of Being Art: Pat Hearn Gallery and American Fine Arts, Co. (1983–2004), organized by Ann E. Butler, Lia Gangitano, and Jeannine Tang in 2018. Exhibitions at the Hessel Museum of Art have national and international visitorship and are studied by undergraduate and graduate students of Bard College.

Exhibitions at CCS Bard are made possible with support from the Marieluise Hessel Foundation, the Audrey and Sydney Irmas Foundation, the Robert Mapplethorpe Foundation, the Board of Governors of the Center for Curatorial Studies, the CCS Bard Arts Council, and the Center’s Patrons, Supporters, and Friends. Major support for Nil Yalter: Exile is a Hard Job provided by Lonti Ebers. Publication support for Leidy Churchman: Crocodile generously provided by Matthew Marks Gallery.

MEDIA CONTACTS:
For further information, for images, or to arrange interviews, please contact: