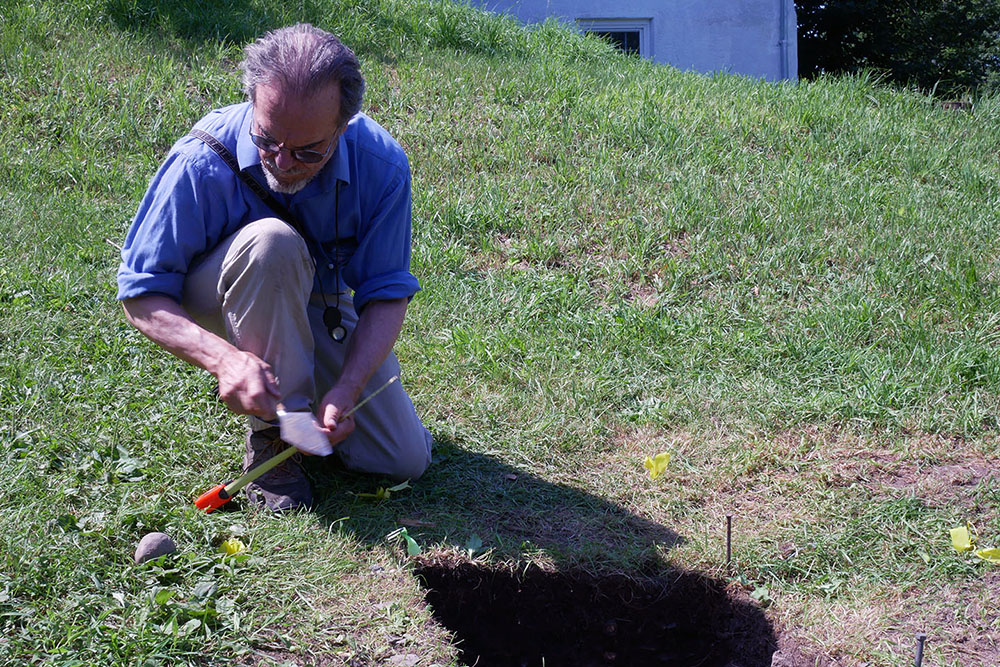 “A BaKongo dikenga cosmogram has been recognized on the vertical woodframe of a cellar fireplace in a slave quarter along the Hudson River 110 miles north of Manhattan. The etched cross within a circle is 3.5 in. in diameter, and 30 in. above the hearth at its northeast corner.
[...]
“Numerous angular sandstone rocks pack the space beneath the fireplace slabs down to bedrock of greywackle and shale, but many liters of sediment were excavated in 2015 from beneath the middle of the five front hearthstones, and under the two outside corner slabs.
[...]
Bard College students excavated beneath the hearthstones in the front corners and middle by 2 in. arbitrary levels, except where stratum changes intervened, plotting around one hundred notable items to the nearest half inch, picking many more out of the sediments without the use of a sifter, saving the numerous fill rocks, and archiving the sediment for flotation analysis.
[...]
“In February the class, ‘Historical Archaeology: Mohicans, Colonial Germans, and African Americans near Bard,” will resume study of the hearth and yard at the parsonage.”

Learn about the Bard Archaeology Projects in Germantown