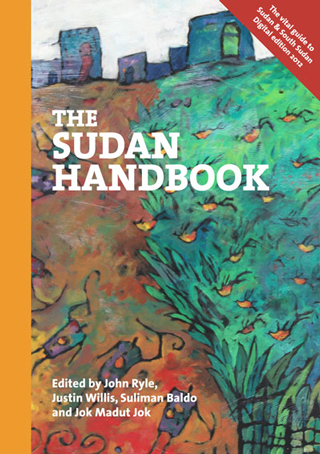 “Whether Sudan is considered as a single country or two, cultural diversity and ethnic complexity are among its most immediately striking features. Between them, north and South Sudan are host to two world religions, myriad local belief systems and hundreds of indigenous languages (rivalling Africa’s most polyglot nations, Nigeria, Cameroon, and the Democratic Republic of Congo). The modes of livelihood of contemporary Sudanese range from the daily commute of the urban middle-class in the expanding suburbs of Khartoum to the long-range migrations of camel pastoralists in the arid lands of eastern Sudan. And from the deal-making of merchants and itinerant street-traders and the field labour of tenant-farmers in the Gezira to the domestic cultivations of Equatorian forest-dwellers and the seasonal movement of cattle keepers in the swamps and savannahs of Bahr al-Ghazal.”

More about the Sudan Handbook