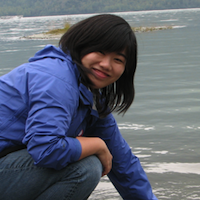 The Nature of Whiteness, by Associate Professor of Anthropology Yuka Suzuki, explores the intertwining of race and nature in postindependence Zimbabwe. Nature and environment have played prominent roles in white Zimbabwean identity, and when the political tide turned against white farmers after independence, nature was the most powerful resource they had at their disposal. In the 1970s, “Mlilo,” a private conservancy sharing boundaries with Hwange National Park, became the first site in Zimbabwe to experiment with “wildlife production,” and by the 1990s, wildlife tourism had become one of the most lucrative industries in the country. Mlilo attained international notoriety in 2015 as the place where Cecil the Lion was killed by a trophy hunter.

Yuka Suzuki provides a balanced study of whiteness, the conservation of nature, and contested belonging in twenty-first-century southern Africa. The Nature of Whiteness is a fascinating account of human-animal relations and the interplay among categories of race and nature in this embattled landscape.