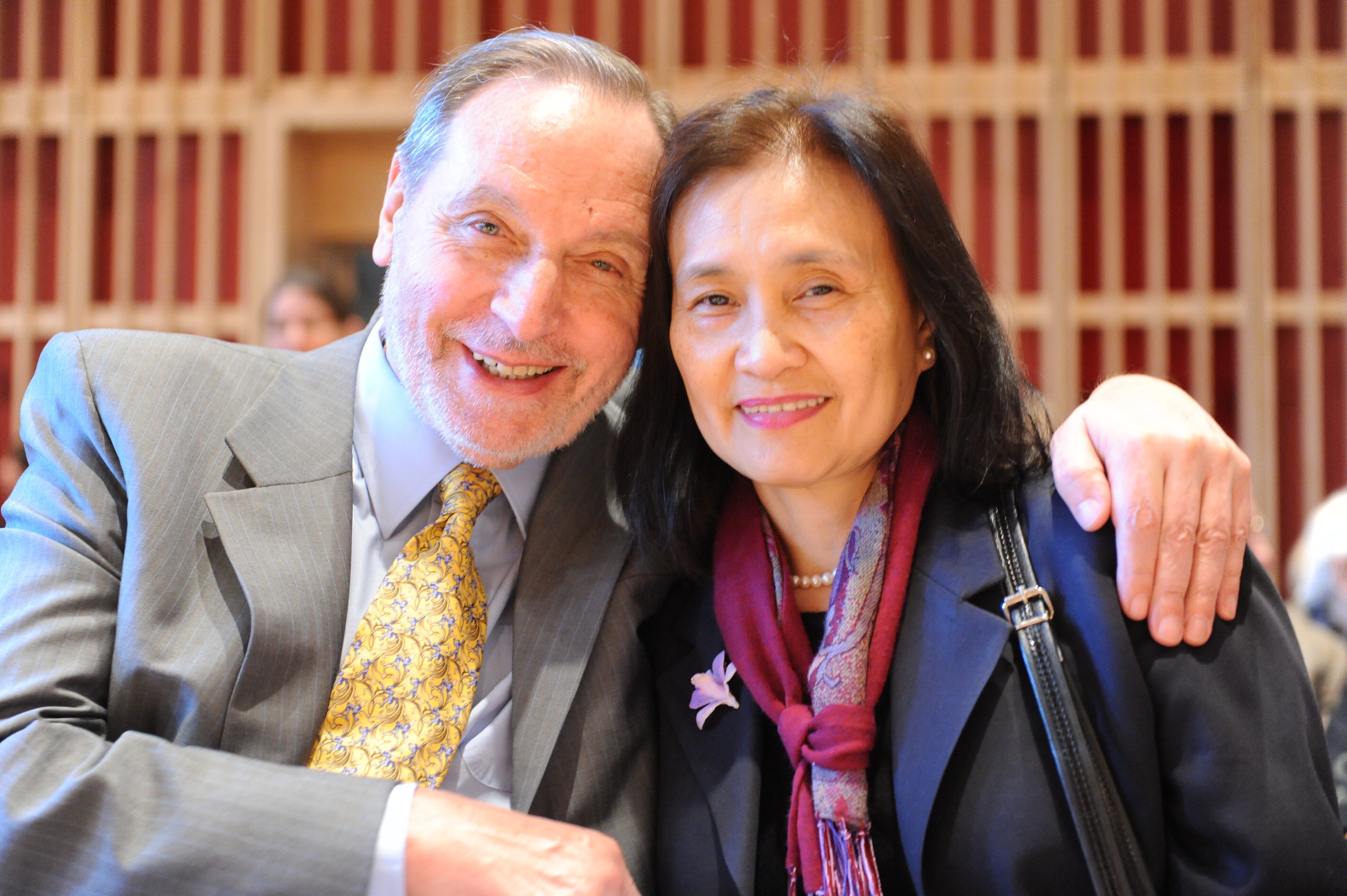 László Bitó with his wife Olivia Carino. Photo by Karl Rabe
László Bitó fled Communist rule in Hungary, discovered a treatment for glaucoma in the U.S., then became an author and a voice against authoritarianism in his homeland, writes the New York Times. “He was a man of uncommon courage,” said President Leon Botstein in the Times article.

Among a group of 300 Hungarian “freedom fighters” who were invited to Bard’s Annandale campus in 1956 for a winter term of language study and orientation to American life, Bitó won a full scholarship to Bard and graduated in 1960. He received a doctorate in cell biology and biophysics at Columbia University, where he eventually became a professor of ocular physiology. Using the substantial wealth he built from his medical research, he gave back generously. Dr. Bitó donated millions to the College and the Bard Conservatory of Music, financing the László Z. Bitó ’60 Conservatory Building, a state-of-the-art teaching and performance facility, and the László Z. Bitó ’60 Practice Rooms, as well as the Bitó auditorium located in the Reem-Kayden Center for Science and Computation on campus.

László Z. Bitó ’60 was 87 years old when he died on November 14 at his home in Budapest. He is survived by his wife Olivia Carino and two sons John and Lawrence from his first wife Perry Mote ’59, whom he met at Bard.