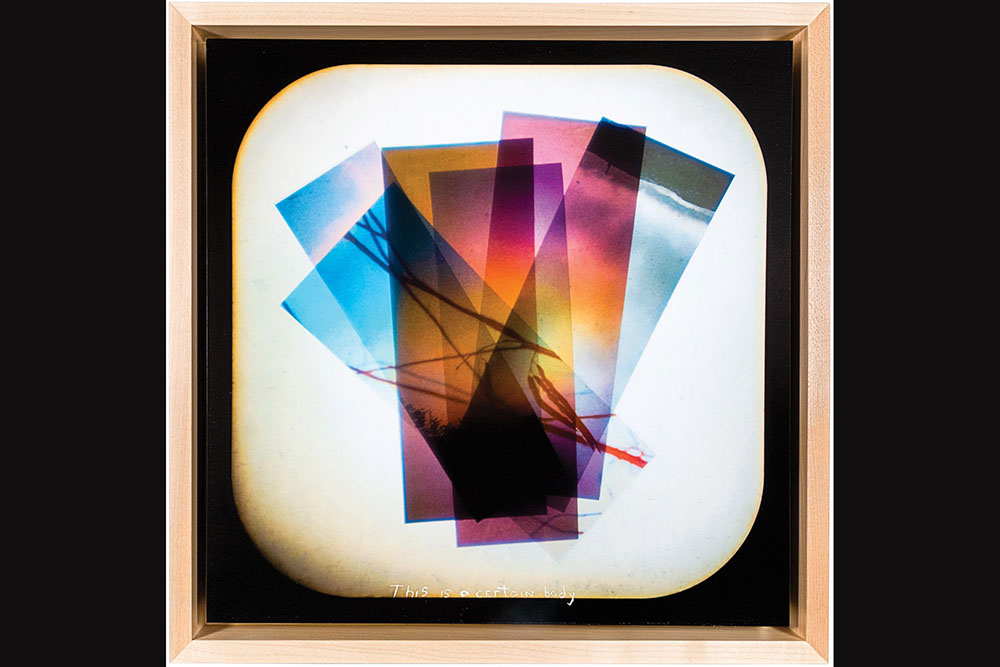 Courtesy the artist and Broadway
“[New York City gallery] Broadway inaugurated its storefront space with a hypnotic show by the restlessly intelligent indigenous filmmaker Sky Hopinka, a member of the Ho-Chunk Nation and a descendant of the Pechanga Band of Luiseño Indians,” writes Andrea K. Scott. “The show’s centerpiece, Lore, was a short film with the fragmentary internal logic of dreams and the intimate mood of late-night conversations, circling a band of friends in a practice-room reverie, with Hopinka on bass. Lore itself is a rehearsal of sorts: its audio consists of early drafts and excerpts of Hopinka’s searing prose poem ‘Perfidia,’ published as an elegant book by Wendy’s Subway.” Sky Hopinka is assistant professor of film and electronic arts at Bard.

Full Story in the New Yorker