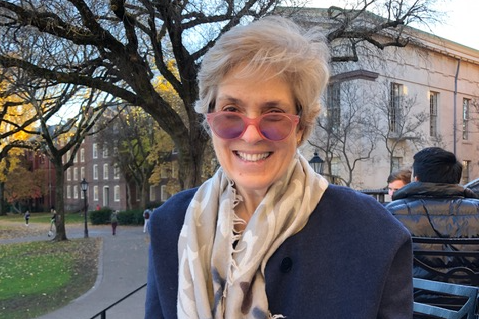 Bard College announces the appointment of Sociologist Karen Barkey to the College faculty as Charles Theodore Kellogg and Bertie K. Hawver Kellogg Chair of Sociology and Religion for the five-year period 2021-2026, beginning fall 2021. Barkey’s research explores the fields of comparative, historical and political sociology and the sociology of religion. Her research areas span from the rise of the Ottoman and Habsburg empires to the end of these empires in the late 19th and 20th centuries, and nation building in their aftermath. She is the Haas Distinguished Chair of Religious Diversity at the Othering & Belonging Institute, the director of the Center for the Study of Democracy, Toleration, and Religion, the co-director of the Berkeley Center for the Study of Religion and professor of sociology at the University of California, Berkeley.

“We are honored to welcome distinguished scholar Karen Barkey to the Bard faculty as well as the Open Society University Network at a moment when renewed efforts to understand cooperation, coexistence, and inclusion as well as conflict across difference have become increasingly critical,” said Bard’s Dean of the College, Deirdre d’Albertis.

Karen Barkey has been engaged in the comparative and historical study of the state, with special focus on its transformation over time. She has focused on state society relations, peasant movements, banditry, opposition and dissent organized around the state. Her main empirical site has been the Ottoman Empire, in comparison with France, the Habsburg, and the Russian Empires. She also pays attention to the Roman and Byzantine worlds as important predecessors of the Ottomans.

Her work Empire of Difference (Cambridge UP, 2008) is a comparative study of the flexibility and longevity of imperial systems. In different chapters, the book explores the key organizational and state society related dynamics of imperial longevity. This book demonstrates that the flexible techniques by which the Ottomans maintained their legitimacy, the cooperation of their diverse elites both at the center and in the provinces, as well as the control over the economic and human resources were responsible for the longevity of this particular “negotiated empire.” In the process, it explores important issues such as diversity, the role of religion in politics, Islam and the state as well as the manner in which the Sunni-Shi’a divide operated during the tenure of the Ottoman Empire. Such topics are relevant to the contemporary setting and the conflicts we endure today.

Barkey is now pursing different projects on religion and toleration. She has written on the early centuries of Ottoman state toleration and is now exploring different ways of understanding how religious coexistence, toleration and sharing occurred in different historical sacred sites under Ottoman rule. She published an edited book, Choreography of Sacred Spaces: State, Religion and Conflict Resolution (with Elazar Barkan) (Columbia UP, 2014) that explores the history of shared religious spaces in the Balkans, Anatolia and Palestine/Israel, all three regions once under Ottoman rule. The book explores the politics and culture of conflict and cooperation over religious sites. It also provides the historical antecedents to help us understand the accommodation and contention around specific sites in the modern period, tracing comparatively areas and regime changes over time. In many places the long history of sharing sacred sites serves as an indicator of the possibilities for pluralism in the context of empire.

Barkey is one of the curators of the traveling Shared Sacred Sites exhibition. She has worked on the exhibition in the Macedonian Museum of Contemporary Art, the National Museum of Photography and the Yeni Cami in Thessaloniki (2017) and the New York exhibition at the NYPL, Morgan Library and Museum and CUNY Graduate Center (2018). She also runs a website on this topic which brings international participants and expertise on many shared sites around the world. She started this project to promote awareness and understanding of coexistence among religions. You can see more on the site: sharedsacredsites.net.

Barkey was awarded the Germaine Tillion Chair of Mediterranean Studies at IMéRA, for 2021-2022. IMéRA is the Institute for Advanced Study of Aix-Marseille University, and a member of the French Network of Institutes for Advanced Study. Barkey was born in Istanbul, Turkey. After she graduated from the Lycée Notre Dame de Sion, in Istanbul, she moved to the United States for her college education. She got her BA degree from Bryn Mawr College, an MA degree from The University of Washington, and a PhD from the University of Chicago.

About Bard College
Founded in 1860, Bard College is a four-year residential college of the liberal arts and sciences located 90 miles north of New York City. With the addition of the Montgomery Place estate, Bard’s campus consists of nearly 1,000 parklike acres in the Hudson River Valley. It offers bachelor of arts, bachelor of science, and bachelor of music degrees, with majors in nearly 40 academic programs; graduate degrees in 11 programs; eight early colleges; and numerous dual-degree programs nationally and internationally. Building on its 161-year history as a competitive and innovative undergraduate institution, Bard College has expanded its mission as a private institution acting in the public interest across the country and around the world to meet broader student needs and increase access to liberal arts education. The undergraduate program at our main campus in upstate New York has a reputation for scholarly excellence, a focus on the arts, and civic engagement. Bard is committed to enriching culture, public life, and democratic discourse by training tomorrow’s thought leaders. For more information about Bard College, visit bard.edu.
# # #
(4/09/21)