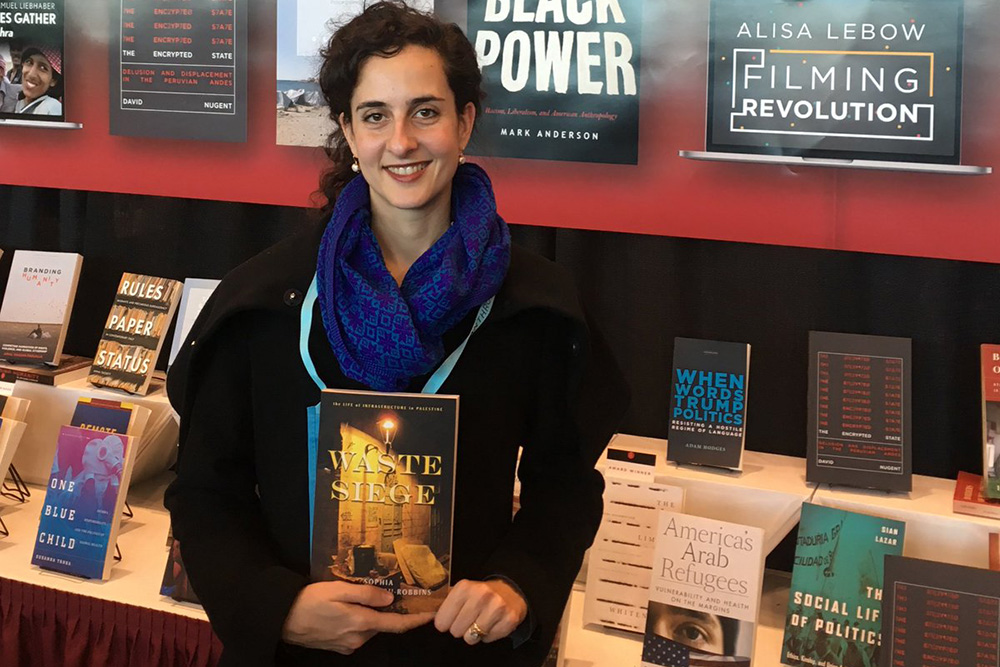 The Prize Committee was unanimous in their praise for Stamatopoulou-Robbins’ Waste Siege: "which provides a nuanced perspective on the difficult topic of Israeli-Palestinian relations.  Through a careful sifting of the various sites at which waste from Israel threatens to overwhelm physical settings and the ordinary lives of Palestinians, Stamatopoulou-Robbins leads us to appreciate the structural impossibility of Palestinian self-government as a rejoinder to utopian fantasies of a two-state solution.  The tracing of the afterlives of bread in the midst of the hurly burly of urban lives and waste management projects, incomplete of necessity, suggests alternative geographies of food infrastructure and mutual aid.  We are treated to people who are fully fleshed-out and multi-dimensional and whose voices of rueful honesty, of humor mixed with anguish, continue to ring in our ears long after we put down the book.  A community under siege is connected to the rest of the world by waste.”