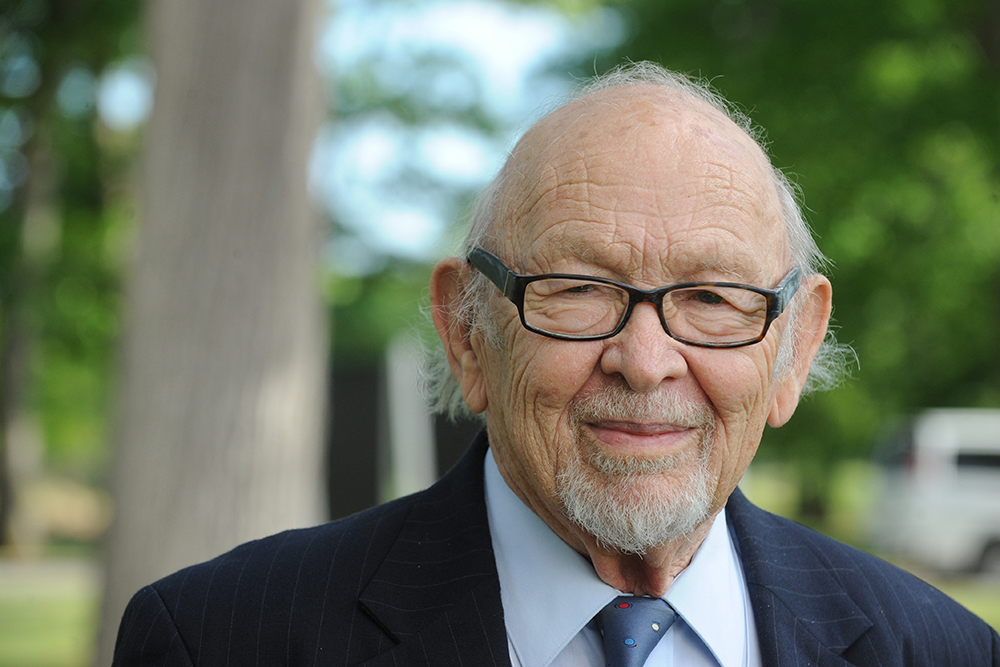 Justus Rosenberg at Bard College Commencement in 2015. Photo by Karl Rabe.
As a teenager, he helped provide safe passage to artists and intellectuals out of Vichy France. He went on to teach literature at Bard College for six decades, writes Alex Vadukul for the New York Times. “Clad in his familiar tweed jacket, he taught French, German and Russian classics and was known for popular courses like 10 Plays That Shook The World. But on Bard’s leafy campus in Annandale-on-Hudson, N.Y., Mr. Rosenberg also represented a remarkable living link to Holocaust history.”

Read about Justus Rosenberg's life in the NY Times