“The Many Lives of Martine Syms,” Bard MFA Alumna Profiled in the New York Times 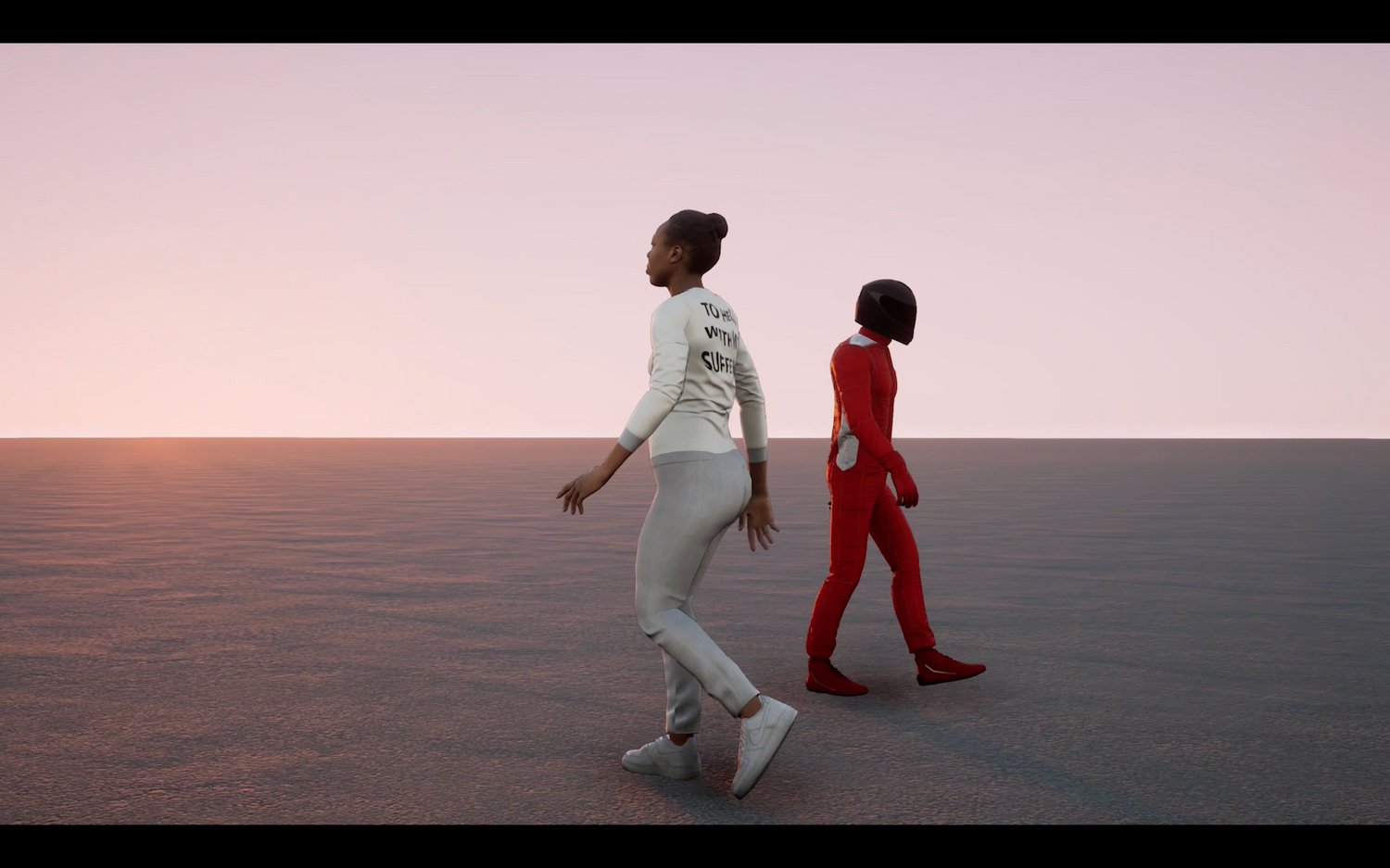 Martine Syms, DED, 2021, digital video (color, sound), 15:35 minutes. Image copyright Martine Syms, courtesy of the artist and Bridget Donahue, NYC
Profiled in the New York Times, the artist Martine Syms MFA ’17 “is the sort of ‘new media’ artist who antiquates the term. Since her days as a film programmer at clubs like the Echo Park Film Center in Los Angeles, she has turned the various lenses of media around to interrogate what society expects of Black women, and Black artists in particular,” writes Travis Diehl. This fall, Syms has an independent feature film showing in theaters with worldwide distribution, as well as exihibtions on view at the Philadelphia Museum of Art, Museum of Contemporary Art Chicago, and CCS Bard. "Grio College," the title of Syms’ retrospective show at CCS Bard’s Hessel Museum, is also the fictional school in Syms’s feature film The African Desperate (2022). “The curriculum that she presents is larger than what a college typically covers,” said Lauren Cornell, the chief curator at the Hessel. “It encompasses one’s whole life, friends, thinkers, culture.”

Martine Syms: Grio College, curated by Lauren Cornell, Chief Curator and Director of the Graduate Program, is on view at the CCS Bard Hessel Museum of Art through November 27, 2022.

Full story in the NY Times