Woman at a Window, by Caspar David Friedrich, 1822.
First-Year Seminar is a two-semester course that presents seminal intellectual, cultural, and artistic ideas in the context of a historical tradition. Class discussions and frequent writing assignments develop precise, analytical thinking. Core texts address a specific theme for the year; recent themes include “What Is Freedom? Dialogues Ancient and Modern” and “What Is Enlightenment? The Science, Culture, and Politics of Reason.”

The Self in the World

The First-Year Seminar invites students to reflect on how writers and thinkers past and present have grappled with the question of how the self relates to other people and to the wider community. The year-long course is underpinned by two narratives of discovery and (self-)exploration: Homer’s ancient Greek epic, the Odyssey, and its latter-day adaptation, the Afro-Caribbean epic poem Omeros by Derek Walcott (1990). The class also reads—slowly and carefully—a series of touchstone works that grapple with this central question of the self in the world from a wide range of perspectives: from the fragments of Sappho to the autobiography of Frederick Douglass, and from Dante’s Inferno to Rabindranath Tagore’s classic Bengali novel, The Home and the World. The readings in these core works are illuminated by companion texts from Genesis to Marx and Freud. Seminar-style discussion and writing-rich assignments ask students to consider how ideas about “citizenship,” both broadly and narrowly defined, have emerged over the centuries as responses to the complex relations between the self and the wider world, providing then with a foundation for their work at the College and for life beyond Bard. In addition to work in the classroom, the whole first-year class comes together in regular forums to engage creatively and critically with the ideas of the course. 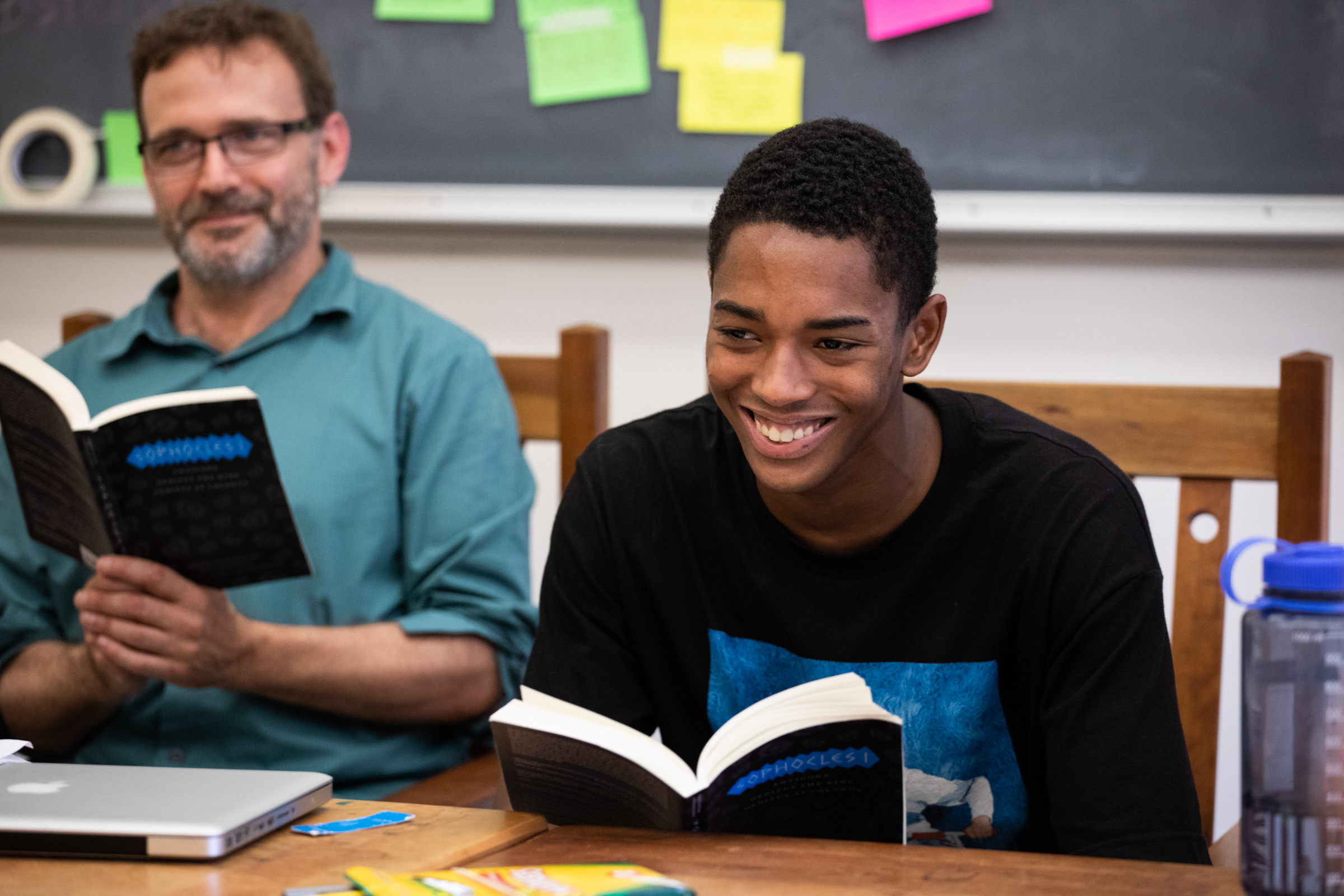 Acquiring a shared basis for conversation.

The program directors hold regular office hours throughout the semester.
We welcome the chance to meet with the first-year class and talk with you about the course.

Please note that this is in addition to your own FYSEM instructor's office hours, which you should attend with specific questions / concerns about your own FYSEM section and your own personal progress in the course.